Democracy Slouchers ~ Part 4: Where was Lorena?

October 1, 2017 ~ News of my complaint to the Seattle Ethics and Elections Commission on Lorena Gonzalez made the Seattle Weekly. Good on them. One correction to their story: Weekly writer Dan Person noted correctly that I was a candidate for Seattle City Council Position 9; however, since I’m not a Democrat, he assumed I’m a Republican. Actually, I ran as an independent. Otherwise, Person got the story right:

[Click on the image below to read the Weekly story.] 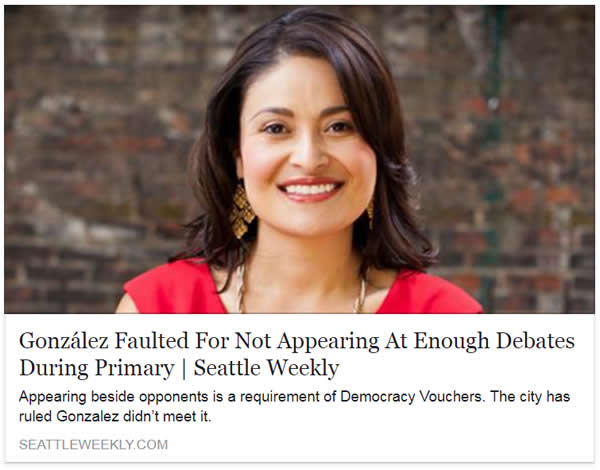 The SEEC agreed with me that Gonzalez broke the Democracy Voucher Program rules, that she didn’t go to the required three public forums during the primary season, and that therefore she must have she lied about it on the self-reporting form. I know that “lie” is a strong word, but that’s the charitable interpretation. Gonzalez is a well-educated woman and the three-forums rule is crystal clear, so there’s no way she could not have understood the requirement. She apparently assumed that no one would notice or care that she had misrepresented herself on the form. 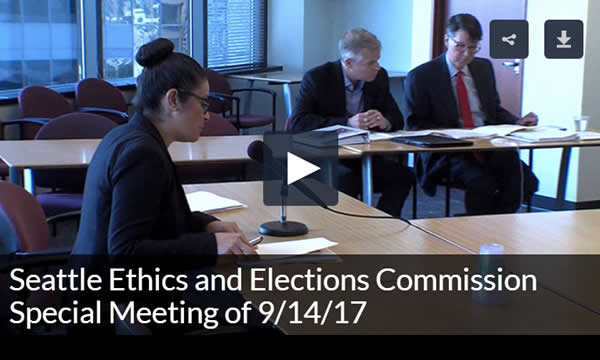 I went to the complaint hearing on September 14, and I watched the commissioners listened to Gonzalez making excuses: She was sick. She didn’t understand the rules. Her campaign manager was responsible for the mistake, etc. The commissioners didn’t believe a word; they knew she was lying, and it made them visibly uncomfortable to listen to her. But in the end, they still let her off the hook. Why? Because the logical penalty for her actions would have been for the Commission to kick Gonzalez out of the Democracy Voucher Program altogether, and they felt that would be too harsh. That’s the stated reason. The more likely reason is that they were afraid of the political shock wave it would’ve caused if they’d stripped Gonzalez of access to the Democracy Voucher money. Gonzalez is a powerful person in Seattle, and she’s got Big Labor, the Democratic Party celebrities, and a bunch of heavy-hitting social justice groups in her pocket. (See Gonzalez’ full endorsement list here.) 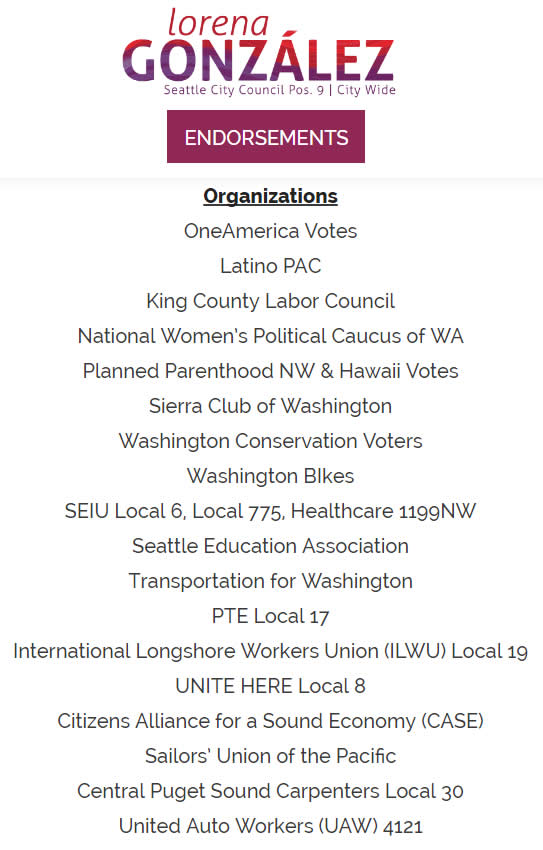 There was a lesser penalty available to the SEEC, a monetary fine, but they chose not to apply that either, possibly because it, too, would’ve been an explicit finding of wrongdoing on Gonzalez’ part and they simply refused to go there. The report form Gonzalez signed stipulates that there’s a $5,000 penalty for “non-compliance” (read: lying), but SEEC director Wayne Barnett told me that $5,000 penalty notice was an error. He claimed that there’s actually no monetary penalty that the SEEC can impose in this case and that the form will be updated. 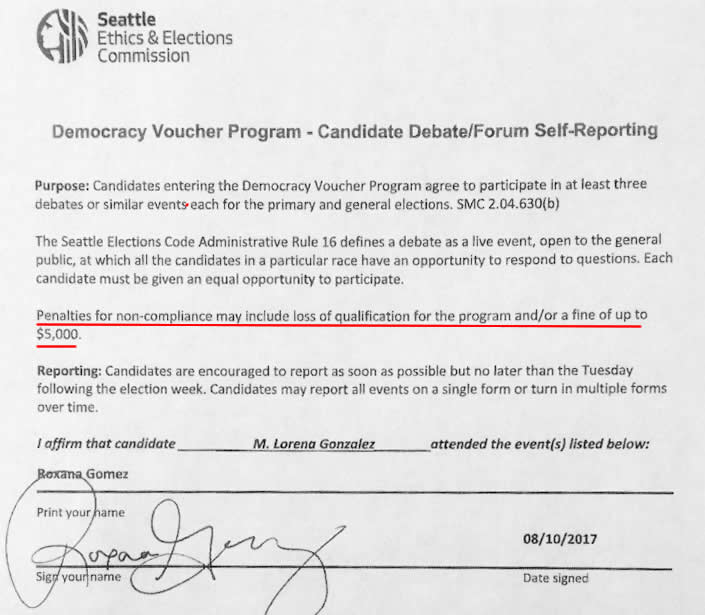 A few days after the SEEC made its ruling, they officially approved Lorena Gonzalez for the Democracy Voucher Program, which entitled her to receive more than $134,000 in taxpayer money for her campaign.

An endorsement from the “Seattlish” political blog suggests that voting be dispensed with and that the incumbent, Lorena Gonzalez, be sworn in again now.

The Democracy Voucher Program was designed to help grassroots candidates raise money and to encourage ALL candidates to get out and meet the voters. But Gonzalez is doing just the opposite: she’s hunkering down at City Hall and refusing to confront her opponent or talk to the voters.  How she got 400 signatures and $200K in vouchers is a mystery. Maybe it’s from all that Big Labor and non-profit activist muscle behind her…

As an incumbent, Gonzalez has all the advantages:  the name recognition, the free media coverage, the lion’s share of endorsements… And now she’s got a bucketful of taxpayer-funded financing too, thanks to the Democracy Voucher Program. That is significantly more money than her challenger, Pat Murakami, got. Murakami qualified for the program, too, but she worked hard to do it. I saw Pat at all the events I went to, and I saw her and her volunteers working hard to get the 400 signatures she needed to qualify. Murakami is an authentic grassroots candidate, and yet the voucher program hasn’t helped her relative to Gonzalez. If anything, it’s hurt her. 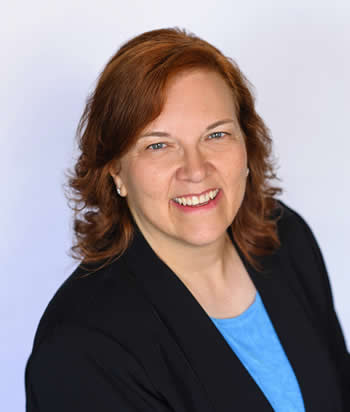 Pat Murakami is Lorena Gonzalez’ opponent for City Council Position 9. Unlike Gonzalez, Murakami attended the three forums required to be in the Democracy Voucher program. Both women were approved for the program by the SEEC.

The Democracy Voucher Program is a failure. And it’s not just a failure because it’s complicated, though it is that. It’s a failure because it’s too easy to game. The Ethics Commission is supposed to be policing this thing, but if they won’t do their job, who else is going to do it? No one. So the crooks are just gonna keep crooking and the nice guys are gonna keep finishing last. And this, in a nutshell, is what’s wrong with Seattle politics now. The ethical culture that once prevailed at City Hall is gone, washed away with the sea wall. In its place is a rickety framework held together by a few honest City officials and judges. But how long before they too leave, or are forced to quit?

Clearly, we need a rebirth of honesty and integrity in this town.

3 Responses to Democracy Slouchers ~ Part 4: Where was Lorena?