A word of advice to aspiring reporters: Don’t ever volunteer for the poverty beat. It’ll tear the heart out of you. 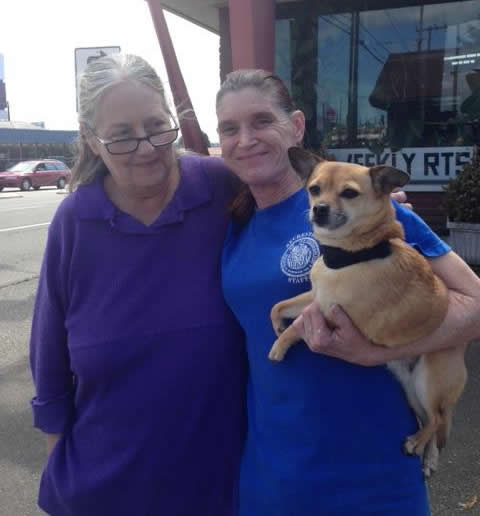 Meet Jennifer Allison (on the left). She’s the manager at the Georgian Motel on Aurora Ave N. in Seattle. She’s lived there for ten years, managed the place for seven. On the right is her good friend and tenant, Myrna. On the far right is Myrna’s dog, Nala.

The Georgian is in arrears on power and water, and unless a $20,000 miracle happens by 5 PM on April 5th, Jennifer, Myrna, and the Georgian’s 26 other tenants will have to leave. What will become of them? Some will find other places, maybe. Another motel within their means. A few might leave town for cheaper pastures. The rest will likely wind up on the streets. If not this month, then the next. 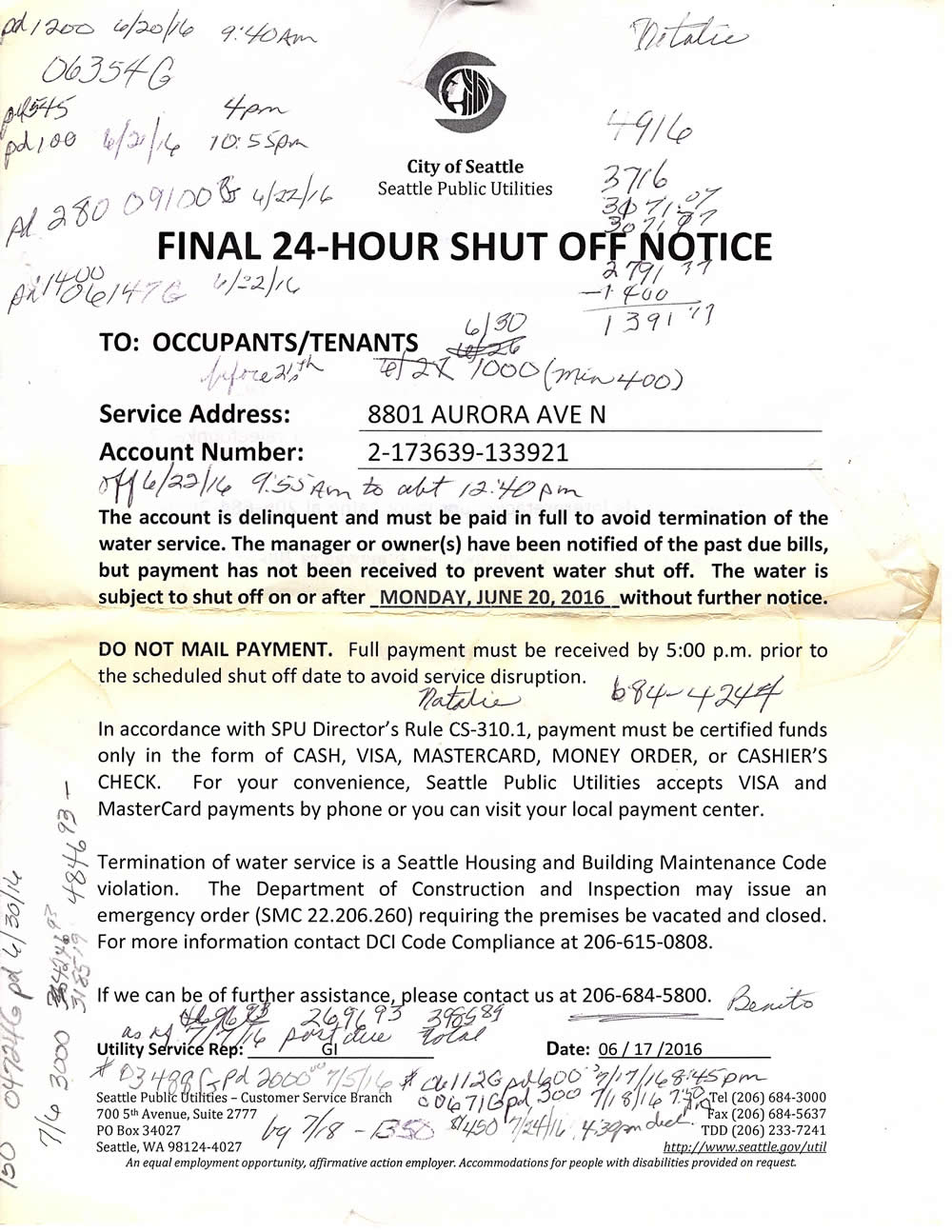 An SPU shut-off notice from last summer, with Jennifer’s notes showing how much she’d paid on the account and when. In March od 2017 SPU  accepted several payments but told Jennifer they were going to shut the water off anyway if she did not pay the full amount. They mentioned a payment plan as an option but did not follow up with her on that.

The government was out to the place in full force Monday, Jennifer told me. There were inspectors from the State Department of Health, the Seattle Fire Department, the Police Department, the Department of Facilities and Services, and the Department of Construction and Inspections, as well as two aides from Councilmember Juarez’s office. The DCI left a notice about the impending eviction. There have been verbal threats and letters before, but you can see they mean business now:

Jennifer says that between the first verbal deadline she got on Friday, March 31 to the one she got on Monday, April 3, the amount the City told her she’d have to pay went up by almost $9,000. (They decided to throw in the outstanding light bill too.) And the eviction date was also moved up a day, from Thursday, April 6 to Wednesday, April 5, at 5 PM. Other than the eviction date, they didn’t give her any of the numbers in writing, she says. And indeed, in all the material she sent me, which was considerable, I never saw a document that said: “Pay this amount by this date… or you’ll be evicted.”

It’s been a frightening experience for Jennifer, who’s already in fragile health, and has had no one to help her through this, besides Myrna and a couple other tenants, and some folks from the neighborhood who came by to show their support. It might help if the Georgian had some friends at City Hall, but these folks aren’t what you’d call “connected.” They don’t have a radical pal on the City Council, for instance. They can’t marshal throngs of protesters to form human chains across the road.

Where’s the owner in all this? Good question. Jennifer says he’s the biggest part of the problem, and I’m sure the City folks would echo that sentiment. He wasn’t there when the inspectors showed up with their eviction notices, for example. He let Jennifer take the heat for him, she told me. Same as always.

You’d think the guy would worry more about his investment, considering the place is valued at a million-two. But no. It’s mortgaged to the hilt. And the property taxes are in arrears now, too. Between the overdue utilities and all the other repairs that need to be be made (new roof, new walls, new floor) the Georgian is not going to in the black any time soon. If it ever was. 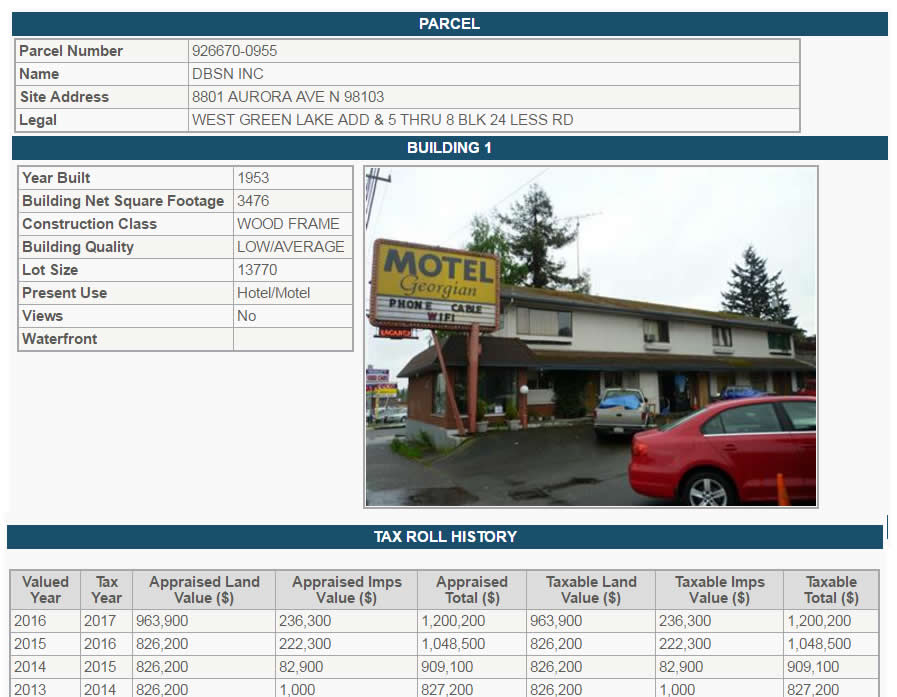 It would be easy to make the City out as the heavy here, but that wouldn’t be fair. Yes, they’ve made mistakes along the way, but you could also make a case that they’ve given Jennifer plenty of time to get the landlord straightened out. Maybe too much time. Others who know the back story can relate, about the landlord. “Stop enabling him!” they tell her.

Receivership might be something to pursue. I asked Jennifer whether anyone had spoken with her about putting the property in trust and fixing it up, removing the owner for any responsibility for upkeep until the property can be sold. She said she’d offered that, but it never went anywhere.

“Did they talk to you about an emergency payment plan for the utilities?” I asked. “No,” she replied. “I told them they could have the rent for the few months. All the profits. Until the bills were paid off. Haven’t heard back from them on that. I think they just want to take the place over.” 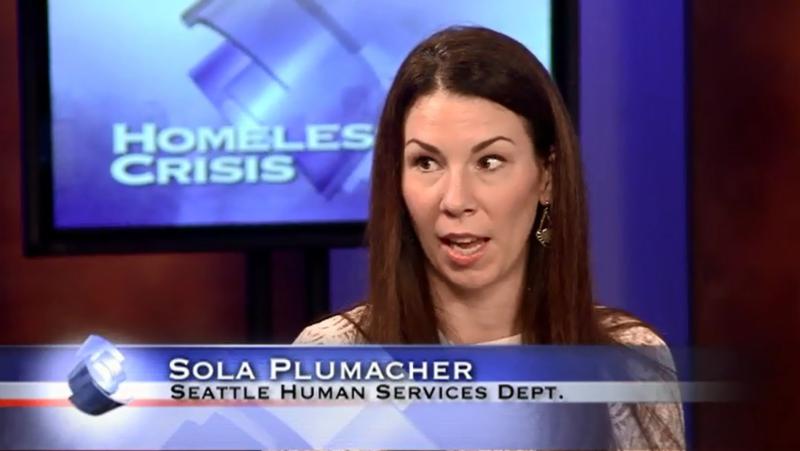 Sola Plumacher is the “Strategic Advisor” at the City’s Human Services Department. She’s she’s been involved with the Georgian situation. Yesterday I phoned and left a message asking her what kind of payment plan, if any, the City had offered to the Georgian. Haven’t heard back from her.

Jennifer and Myrna told me about how Plumacher had been out there a few days earlier, offering tenants move-out expenses of about $4,000 each (which is about four months’ rent at the Georgian’s rates of $980 month). It’s not easy to find a place like that in Seattle anymore, though. Especially with a pet.

And then there’s the hassle over credit checks, not to mention criminal ones. As Jennifer explained, certain people like motel living because they don’t do background checks or ask a lot of questions. If things get hairy, a tenant can just pick up and move on, without giving notice and without sacrificing a security deposit.

I asked her whether the motel was on SPD’s radar and the City was trying to close it down on that account. “No,” she insisted. “We don’t have any drug dealers here right now. We do have hookers here sometimes,” she said, “but they don’t bring the Johns to the room. We don’t have any hookers here right now. We get some DV [domestic violence] and Sound Mental Health stuff, but we rarely get a visit from the cops. We have fewer problems than a lot of other places around here.”

“At least four the tenants who will lose their homes are veterans,” she added, via e-mail. “Most of our tenants work steady, decent jobs. The others are disabled.” 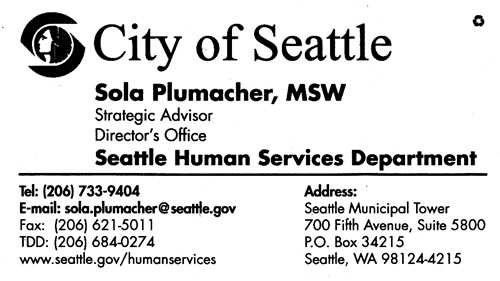 While HSD has been dangling checks in front of the tenants, social workers from Union Gospel Mission have been contacting them about the possibility of emergency shelter, just in case there are some who can’t get set up in another place even with money. Other tenants might sign up for the buy-out, but Myrna and Jennifer insist they’re hanging tough. “If everyone would delay, if they would refuse to sign, we could stop this thing,” she said. I’d like to believe that, but it strikes me as magical thinking. This is not Kshama Sawant at City Hall, smashing capitalism with a swing of her fist. This is real life.

Thinking about what might happen to Jennifer and Myrna, and the other people at the Georgian, I’m uneasy. These are not model citizens, clearly. They are, however, living within their means. And they’re not living in parks or under bridges. Given the scope of the homeless crisis now, you’d think the City would be doing more to help these one-score-and-eight people stay off the streets. 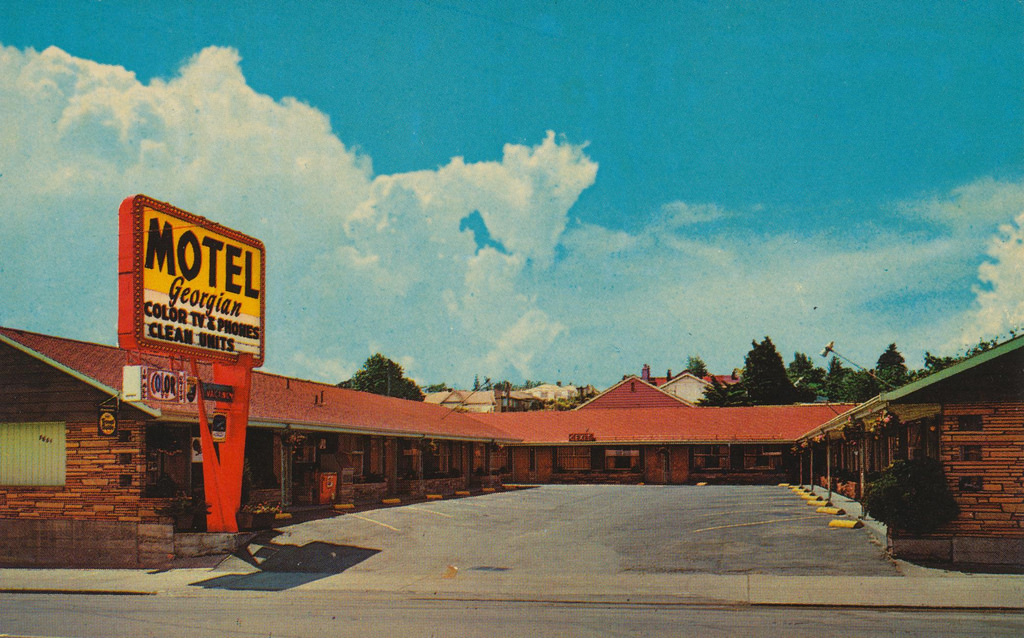 I spoke with Jennifer at length about why Strategic Advisor Plumacher never sat down with her to work out an alternative plan. On the one hand she felt that the City was trying to sabotage the Georgian so it could get its hands on the property. On the other, perhaps it was a failure of imagination.

“I just couldn’t get Sola to think out of the box,” she said, wistfully. “I’m a great thinker out of boxes. But I guess she’s not.”

Postscript: Penciling It Out

The Seattle Human Services Department are offering Georgian Motel residents moving assistance at about $4,300 per person. If you do the math (28 people times $4,300) it works out to $120,400. That’s more than six times what the Georgian Motel owes for utilities. For that amount, the utilities bills could be settled and power and water paid up for a few years in advance, the roof could be replaced, and receivership costs covered for the indefinite future.

Meanwhile, just down the road from the Georgian is a new “low barrier” Nickelsville encampment that will house a maximum of 70 homeless people. Compared to the Georgian Motel, life at Nickelsville is going to be primitive. Each resident will be lodged in a 200-square-foot shack without electricity or running water. Cost to the Seattle taxpayers to run Nickelsville: $250,000. For one year.

4 Responses to The Margin Dwellers