The Seattle Housing and Resource Effort (SHARE), claims to have fired their “accountant,” Steven A. Isaacson, after TBQ broke a story on Isaacson’s lack of credentials ten days ago. (See The Accountant Who Wasn’t There). On May 17, six days after the TBQ story went live, SHARE posted the following update on its Web site:

The statement may have been intended for consumption by SHARE’s sugar daddies at City Hall, but it was more likely intended to mollify a handful of institutional SHARE supporters who’ve become increasingly nervous about the group’s sketchy image: heavy hitters like the Seattle Foundation and the Satterberg Foundation. However, as is usual with SHARE’s official explanations, this one raises more eyebrows than it lowers. It opens, for example, by saying that SHARE heard just last Saturday and for the first time ever that their accountant may (!) have let his credentials lapse since they hired him 8 years ago.

. . . and of course SHARE was shocked to discover this. Shocked!

But what I showed, in my May 11 story on TBQ, is that Mr. Isaacson’s CPA certification had definitely (not maybe) lapsed. And it had already been lapsed for 24 years at the time SHARE engaged him – as a two-minute online search would have shown anyone who bothered to look.

I also noted that Isaacson did not have a business license in Washington – for accounting or any other kind of business – and that he was not listed as an accountant in the white or Yellow Pages of for the city of Bellevue, where his office was supposed to be located. Is it really possible that all this could have simply escaped not just SHARE but also the Seattle Human Services Department’s auditors and SHARE’s allies at City Hall? Not to mention Seattle City Attorney Pete Holmes, whom I’ve been nagging about SHARE’s honesty issues for at least three years now. (More on that in an upcoming post.)

Mr. Isaacson did have a business card and letterhead, but I suspicion that someone else printed those up for him. I also reckon that Isaacson has really had just one accounting customer in these last 8 years. And that customer is SHARE. You can draw what inferences you like from that.

But who knows . . . perhaps Mr. Isaacson will appear in person and try to counter these suspicions. I hope he does. Try, that is. 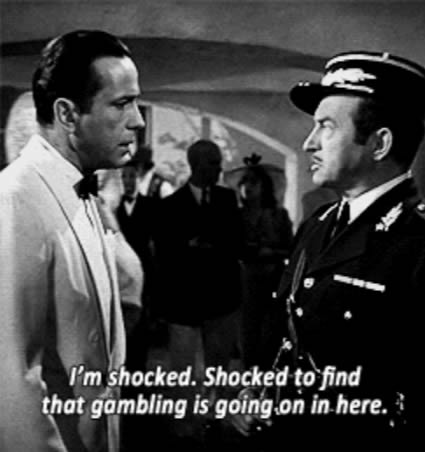 SHARE continues its apologia by claiming that it has asked Mr. Isaacson to return SHARE property – presumably bank statements and receipts and things – as if he actually had ever have access to anything like that. They go on to say that they’ve reported Isaacson to the “appropriate law enforcement and licensing authorities.” According to the Washington Board of Accountancy, that’s not true, but it would’ve been unnecessary for SHARE to report Isaacson anyway, because of course my colleagues and I had already taken care of that back on May 11, when the story was published.

It’s curious to read that SHARE will also be asking Mr. Isaacson to compensate them for the damage he’s done, when they should know better than anyone that he’s broke. Isaacson lost his CPA license 1984 (think Ronald Reagan, Billy Joel, George Orwell) and since then he’s been the target of an array legal actions, many of which involve his inability to pay his bills. Look them up if you’ve got a day or two . . . 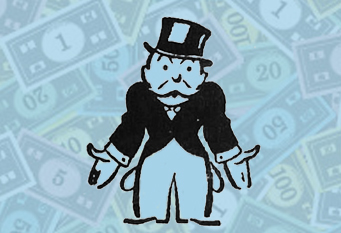 Here’s another problematic statement by SHARE. They say, in their Shocked! letter, that the Seattle Human Services Department’s seal of approval on their financials somehow proves that Isaacson’s accounting was sound, even if he wasn’t, erm, an accountant:

In fact, this accountant’s work (and our books) have been reviewed and audited by many outside parties, including our funders, many times—most notably and recently, during an out-of-cycle in-depth financial review conducted by the City of Seattle’s Human Services Department last autumn, which found that our systems and books are in order.

But in fact HSD, in finding that SHARE’s “systems and books” were in order, relied heavily on Mr. Isaacson’s own assurances to that effect. Here’s an extract from their “in-depth financial review” summary letter dated December 1, 2015:

HSD refers to Isaacson’s reports throughout their summary, but given that HSD’s staff didn’t even bother to check Isaacson’s bona fides just how much stock should we place in their opinion of his work product?

SHARE ends by reminding us that they “mean no harm,” and to reinforce this, they invite “those with concern about our community” to ask them any “tough questions” they have about their financials and to make their answers known to the public. That last bit about making their answers known might be aimed at your correspondent. If so, I’d be puzzled, since I already have asked SHARE questions about their financials. Several times. And not once have they even responded. Below is a facsimile of my most recent e-mail to SHARE’s director, Scott Morrow. As reported by the Seattle Times and others, last year Morrow claimed that SHARE had gone into debt paying for port-a-potties and trash pick-up at one of its Seattle homeless camps, and he was holding that over the heads of rebellious campers who had just voted to remove him from his position as boss. Morrow told the campers that if they wanted to remove him, they’d have to reimburse his organization for the debt he’d incurred on their behalf. In essence, he was telling them they owed him back rent. For living in a homeless camp! I asked Mr. Morrow to meet with me to talk about the debt he said he’d racked up on behalf of the camp:

Morrow never responded to my query, and I later discovered that the City of Seattle had actually paid for SHARE’s port-a-potty bills. [More info here.]

SHARE has also declined to return calls or answer my questions concerning its tax returns. Not content to merely ignore me, one of SHARE’s lawyers, a certain Robert Siegel, even threatened me with a lawsuit, just for asking him about the group’s financials.

So yeah. I haven’t had much luck getting SHARE to answer questions, tough or otherwise. But who knows, others may succeed where I have failed.

Story by David Preston, with help from the usual suspects. And a few unusual ones.