The End of Camp Dearborn

Today Seattle police moved to evict the small group of homeless campers who continued to occupy the Dearborn Street site formerly known as Nickelsville. This move was taken in response to a request from Chris Koh, who owned the land the camp was on, Pastor Steve Olsen, the camp’s religious sponsor, and Sharon Lee of LIHI, the camp’s fiscal sponsor. [See that letter at the end of this post.]

On January 27, Nickelsville had voted camp boss Scott Morrow out of his position. But Morrow, in addition to being good friends with both Lee and Olsen, is the one who set up the land deal with Mr. Koh. As such, he could cancel that deal at any time. Although the campers’ grievances against Morrow appeared to have merit, it was unlikely that the new “Camp Dearborn” would long endure without Mr. Morrow’s patronage. And it didn’t. 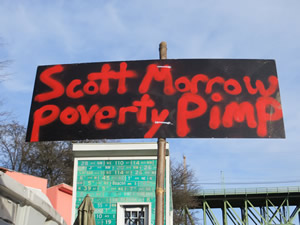 The 2016 rebellion at Nickelsville is strangely similar to one that took place almost exactly a year earlier. In that case, however, Morrow and his associates had the rebel leaders removed and Morrow reinstated, after Morrow told the campers that they’d have to reimburse him for all the services he’d been providing to the camp . . . paying for trash pick-up and port-a-potties, and what-not. A few months after this happened, I heard that the City of Seattle had actually been the one paying for many of these services, so I began pressing public officials to intervene and keep Mr. Morrow from bullying the vulnerable people under his care. Unfortunately, the City was having none of it. We just hand out the money, they told me. We don’t take responsibility for overseeing the camps. And by the way, we think Mr. Morrow is doing a fine job. [paraphrasing] 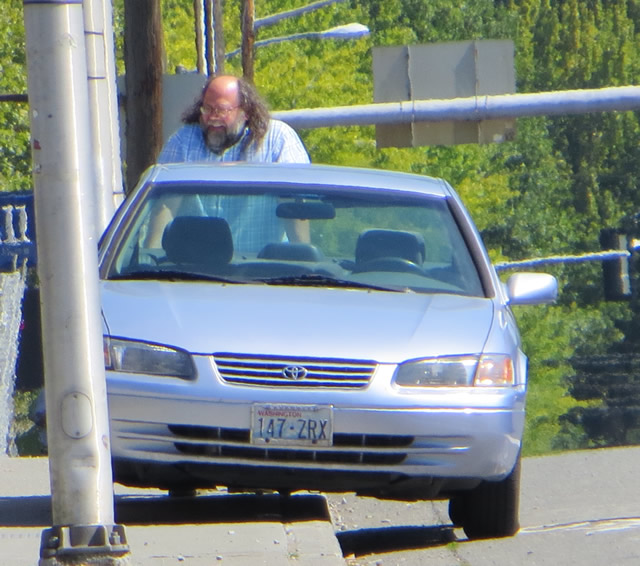 Camp boss Scott Morrow unloads supplies at the entrance to Nickelsville Dearborn in September 2015. Campers told me he spent just one or two hours there per week.

After the second (2016) rebellion at the camp, Morrow started in with the eviction threats again, so I began pressing my contact at City Hall – one Michael Taylor-Judd – to tell me exact amount of money the City had been spending on the camp. After three or four e-mails back and forth, Taylor-Judd finally leveled with me, admitting that the City had spent some $30,000 on the camp in 2015. So that’s $30,000 of taxpayer money Seattle spent on this camp in one year, and yet the City has STILL taken no steps to hold the camp operator accountable for the way he runs his camps. (Besides Nickelsville Dearborn, Morrow controls at least three other homeless camps in Seattle, most of which are funded almost entirely by the City. He also manages two other camps outside the city, as well as several dozen shelter beds scattered around Seattle. His organization, SHARE receives about a million and a half dollars annually in cash grants and subsidized bus tickets.)

Below is the breakdown of Seattle taxpayer support for Nickelsville Dearborn’s services, directly from Michael Taylor-Judd at Seattle’s Human Services Department. These are services that Mr. Morrow and Ms. Lee have claimed to the homeless campers, the media, and the public that they were paying and that’s what gave them the right to evict campers en masse if they desired.

2/29/16
Re: Trash Pick-up at Nickelsville Dearborn

Payments stopped after that as the Humans Services Department was finally prepared to contract with service providers and needed to retain limited dollars for the new [homeless camps] being established, which I believe was the stated intention of the City Council ordinance. 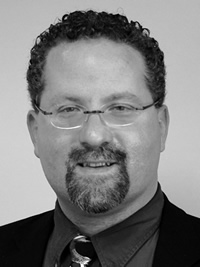 Here is the eviction request letter delivered to Camp Dearborn after the second rebellion:

6 Responses to The End of Camp Dearborn