Every second and fourth Saturday, the Union Gospel Mission in the Pioneer Square area of Seattle hosts the Doney Memorial Pet Clinic. The clinic provides veterinary care and hands out donated pet food and supplies to homeless and very low-income people in the area. Yesterday I was there with my new friend Ruth. We spoke with folks in line to see if any of them lived in any of the soon-to-be-evicted Jungle camps, and, if so, whether they’d be interested in getting their pet spayed or neutered at a mobile clinic that will be visiting the area soon. We didn’t find any takers, but I did get a chance to speak with a handful folks about what their pets meant to them.

This is Samuel, an amiable guy. He was there with his girlfriend’s dog Baby, and told me he had two more back at the homeless camp where he’s staying. 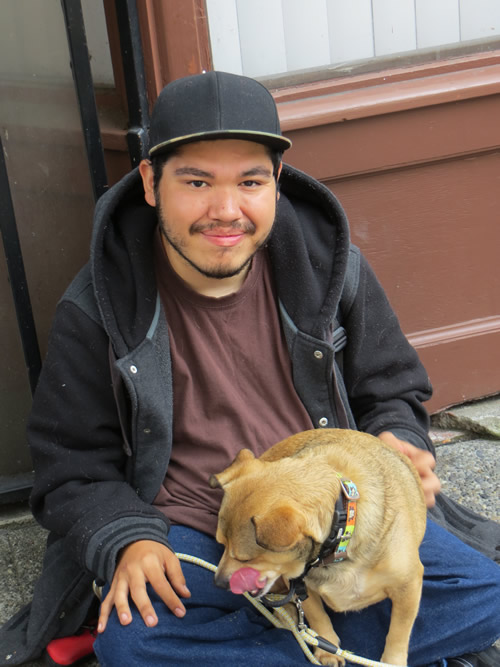 What do your animals mean to you? I asked. Everything, he said.

When I asked if he’d rather stay homeless (or even be on the street) than give up his pets, he didn’t hesitate: Yes.

Samuel illustrates why some people prefer organized homeless encampments to shelters. Most encampments allow pets, while shelters usually don’t. Encampments offer other bennies as well, such as storage space, no in-and-out rules, and a chance to participate in some level of self-governance. Naturally, the camps have disadvantages as well, but I’ve covered that topic in other posts.

Occasionally you’ll meet a homeless person who’s had to surrender a pet. It can be hard to hear them talk about it. They’ll speak wistfully of the animal and their relationship to it, seeming to care more about that than their state of impoverishment. Maybe they see having a pet as being a realistic goal – at least in the short term – while getting out of poverty is not. “I miss my dog more than anything,” they might volunteer. Or, speaking of the shelter they’re in at the moment: “I can’t wait to get out of there so I can get my cat back.” 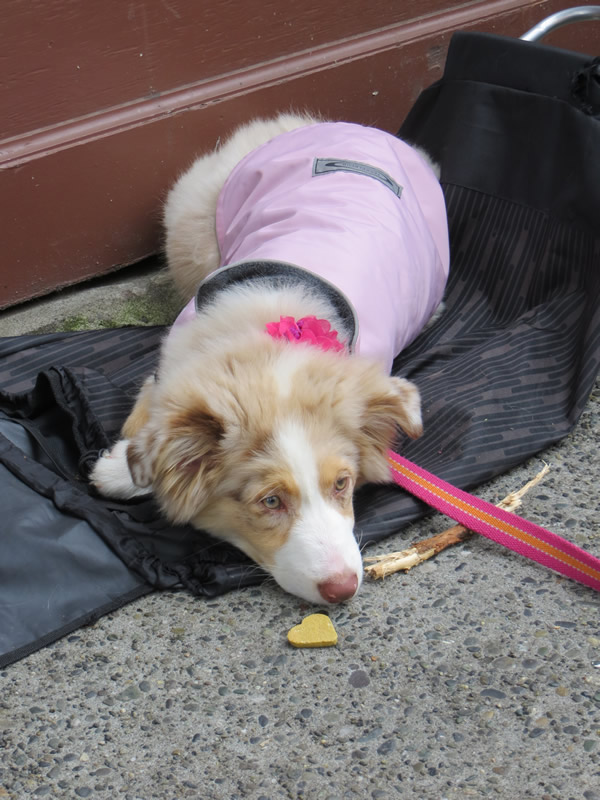 A homeless person’s animal is not like your average house pet. These animals are companions in the truest sense. They are treated as equals, sharing the joys and hardships of their human. When the human thrives, the animal thrives. When the human suffers, so does the animal. Often, the animal is in better shape than the human, but when the human’s in really bad shape, that will be reflected in the animal as well. There’s no point in lecturing the homeless person about surrendering his pet. Your appeal carries with it no moral authority. 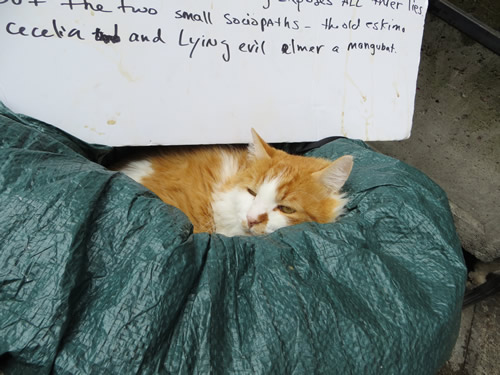 The woman who brought this cat in to the clinic was disfigured and seriously ill, but the cat (Tuna Breath) looked to be in good shape and was very mellow. She insisted that I take a picture of her placard, which contained a narrative of her various persecutions. When I asked what Tuna Breath meant to her, she declared: “He saved me from the spiders.”

I’ll leave with you a picture of my new friend Maria who, as it turns out, is living somewhere in my own neighborhood. She was at the clinic with her dog Jackson to pick up some food “and maybe get his nails clipped, if they do that here.” (They do.) When I asked her what Jackson meant to her, she described how he’d helped her turn her life around and allowed her to be medication-free for the first time in years. I took some of her claims with a grain of salt, but it was clear from her smile and the blur of Jackson’s tail that the two were good for each other. 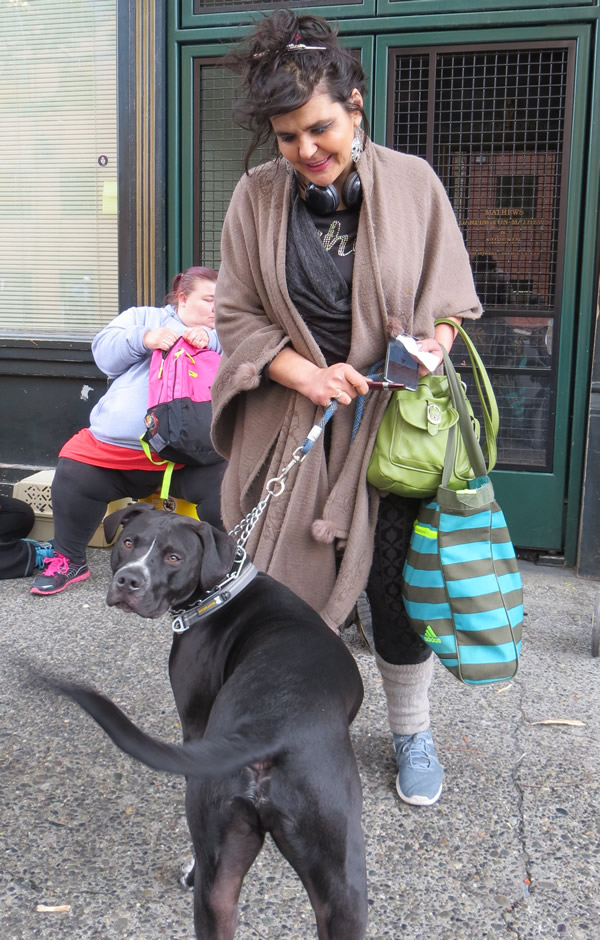 “Since I’ve gotten Jackson, he’s totally changed my life,” she said. “He gives me a reason to move on and keep pushing. I’m combing my hair now, taking care of myself better. I don’t know what I’d do without him.”

Maria had nothing but good to say about the Doney Clinic, as did everyone in line with whom we spoke. They were all repeat customers, which tells you a lot right there.

If you want to help animals and homeless folks at the same time, consider making a donation to the Doney Memorial Pet Clinic. Or look for a similar clinic in your area to support. Thank you!

Story by David Preston with help from Ruth Schaefer. Ruth’s organization is Barn Cats Я Us.