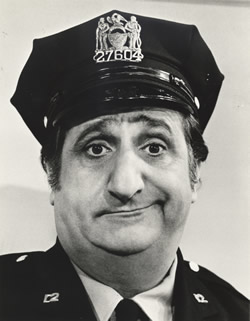 Like hundreds of cities around the country, Sammamish, Washington has developed special regulations for organized homeless camps. And just like other cities, Sammamish has rules saying that if you run a homeless camp, you have to do “background checks” on anyone moving into the camp, to make sure they’re not wanted by the police. But what happens when there’s a warrant out on the guy running the checks? Good question. Today I got the following anonymous tip through Guerrilla Mail:

On April 7, 2016, Perry Debell was arrested at the Tent City 4 homeless encampment at Mary Queen of Peace Church (MQP) in Sammamish. It is of note, because Mr. Debell was the “Resident Adviser” to the camp, and it was HIS JOB to run active warrant checks on incoming residents. In a public meeting held at the Church on December 30, 2015, Perry was introduced – along with a man named Sam Roberson – as part of a leadership team that was going to “clean up the camp” to avoid a repeat of what happened the last time Tent City 4 stayed in Sammamish, when there were serious meth problems at the camp. Debell’s presence at the camp with an outstanding warrant is a violation of MQP’s permit with the city of Sammamish.

A public record request for the arrest of Andre “Andy” Abad from Janurary 9, 2014 will give you a 47-page document with witness accounts of the meth and heroin dealing inside the camp while at MQP from October 2013- January 2014. It will show you that the Executive Committee of TC4 was actively misleading police officers, allowing the drug dealing to continue.

An Internet search will show Debell’s involvement as a sometime leader of the camp. He is pictured, along with a Sam Roberson, in a 2015 story in the Snoqualmie Valley Record. 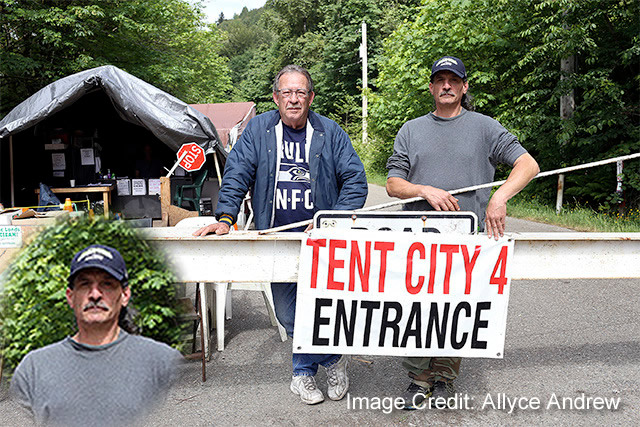 When asked what the camp provides, both camp advisors, Sam Roberson and Perry Debell, asserted that safety is its number one priority. [ . . . ] [Roberson] said the camp also has good rapport with the King County Sheriff’s Department, as its mandatory background checks for warrants and sex offenders sometimes lead to arrests. “If you even think you have a warrant,” Roberson began, “don’t come here because we run warrant checks and we will not tell you if the police says, ‘He’s got a warrant, we’ll be right there…’ We run a really tight ship.”

A really tight ship? –Oh, yeah . . . says the guy standing next to a guy who, at that very moment, had an outstanding arrest warrant in the city of Shoreline, some 30 miles away. According to a report from the King County Sheriff’s office (see here), on March 11, 2014, Debell was observed stealing a bottle of vodka from a Safeway in Shoreline. He was stopped by the store clerk and a cop was called to the scene. Debell’s info was then taken, and he was released pending review of the surveillance video. Some time in late May of 2014, a warrant was issued for his arrest.

At the time the warrant was issued, Debell was probably living at the Tent City in the city of Shoreline (Tent City 3). But the cops wouldn’t have known that, because, as you can see from the report, Debell gave his address as 77 S. Washington Street. Seventy-seven South Washington is the address of a transitional housing program in downtown Seattle , but it is commonly used as a mail drop for homeless people all around the region, so if a King County sheriff’s deputy had shown up there to collect Debell, he probably wouldn’t have found him.

Debell’s warrant should have triggered a call to the police at least twice. It should’ve triggered one call when he arrived at Tent City 4 site in the the article above, in late 2014. It should’ve triggered another call when Debell moved, along with the rest of Tent City 4, to Mary Queen of Peach Church, in early February of 2016. But Debell’s warrant didn’t trigger a call to the cops in either case, and in fact Debell wasn’t picked up until April 7 – just four weeks ago – presumably after police received a tip that he was living at the camp. So why didn’t the cops know he was there as soon as he moved in? Maybe it has something to do with the fact that Mr. Debell, as “camp adviser,” was the one running the warrant checks. Along with his pal, Mr. Roberson.

The tipster told me that the camp’s failure to snag Debell for the warrant was “a violation of MQP’s permit with the city of Sammamish.” Unfortunately, that permit is not available online yet, but I do have a copy of the previous permit between Sammamish and MQP, from 2013. The whole document is here, and the relevant section is below, with the pertinent item highlighted (click to enlarge): 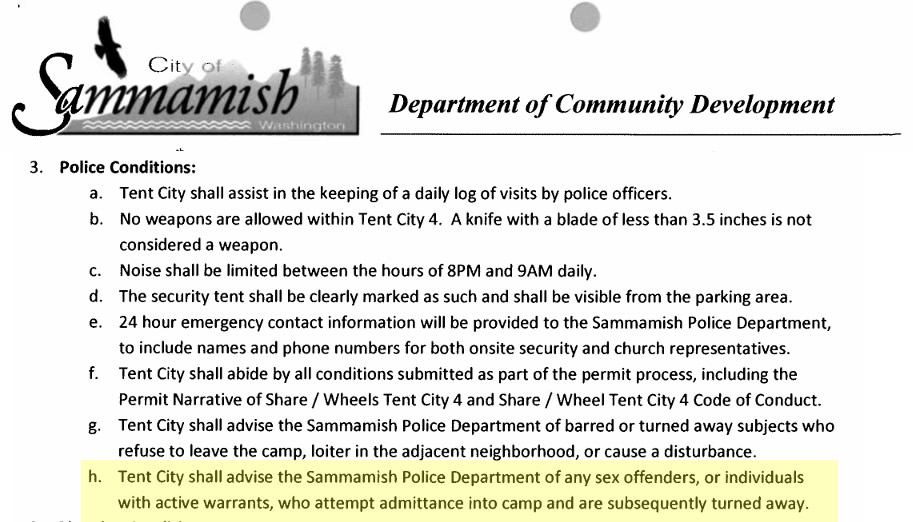 Granted that Mr. Debell, as a small-time shoplifting suspect, is not exactly a menace to society. But what’s really at issue here is neither Debell or the crime of which he’s accused. It is rather his position of authority within the camp, and the ultimately worthless assurances by the camp operator, SHARE, that their system for keeping criminals out of camp is reliable. Suppose Debell had been charged with a much more serious crime. As the person running the warrant checks, he would’ve been able to use his position to hide from the authorities indefinitely. Something to think about . . .

The author wishes to the thank the anonymous tipster. And if you, my reading public, have information you’d like to share anonymously, send it to me via Guerrilla Mail. My address is feedback@roominate.com. If it checks out, I’ll publish it.

If you want to see how bad things can get at Tent City 4, check out the police report below. It describes a sting done by King County deputies at Mary Queen of Peace Church some two years ago. The camp moved away shortly after that, and the city of Sammamish imposed a temporary moratorium on homeless camps. But now Tent City 4 is back at the church. And it looks like they’re as sloppy as ever.

Note also comments like the following: [Suspect] Abad estimated that about 60%-70% of the Tent City 4 residents use narcotics including methamphetamine and heroin. Abad also claimed that “Victor” in TC4 is a bigger dealer of methamphetamine than he is.