If you see something, trash something.

IRONY ALERT! This ad on a Seattle bus tells people to call in if they see trash dumped on the street or sidewalk. I’ve called the number myself, many times; however, the trash I called in about wasn’t taken care of until several weeks later, after I’d followed up with calls directly to the mayor’s office. Meanwhile, the city council is debating legislation that will effectively prevent the City from removing homeless camps from public land. These camps are already the #1 source of trash piles on city streets, and this is certain to get worse if the legislation passes. 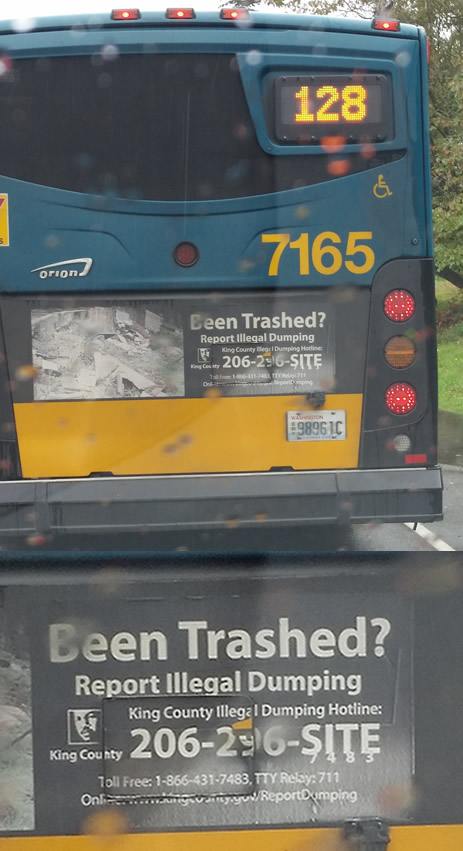 Below is a sample of photos taken by government clean-up crews as they moved about the city this past year. There’s already a months-long backlog on clean-ups, and the problem is getting worse by the week. 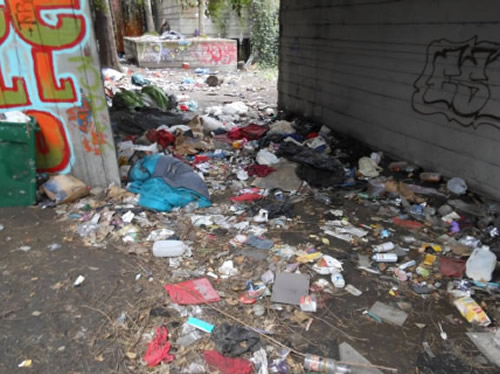 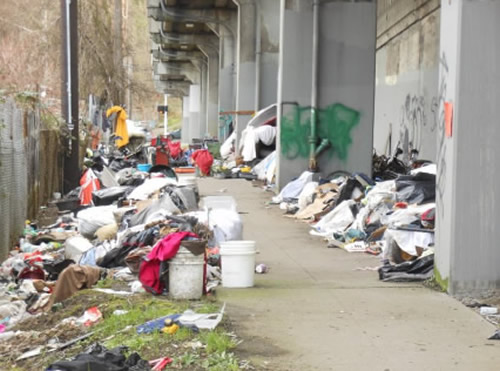 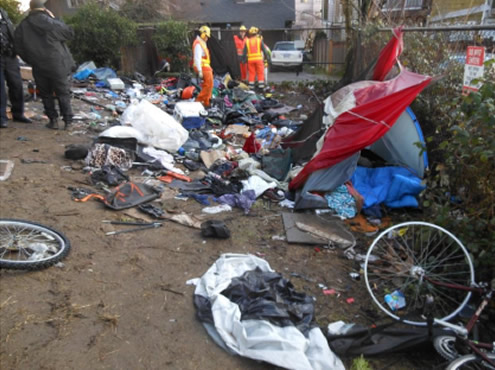 You can find many more such pictures here.

Six months ago, Seattle councilmember Lisa Herbold – who happens to be a good friend of Mr. Scott Morrow of SHARE fame – came up with the idea for the city to distribute trash bags to homeless camps. (More on that story here.)

The assumption was that campers really want to be tidy and that they would gladly pick up their own trash if only they had some bags to put it in. When the bags filled up, campers could just set them out on the curb and trash trucks would pick them up on a regular schedule, just like they do on residential streets. This seemed like a good idea to me, but I guess it didn’t pan out. At the start I saw that a few bags had been filled up and set out on the curb, and the areas where this was happening were cleaner for a while. Things soon got back to the way they were before, though, and I haven’t heard much about the program since then. So I guess we can scratch that idea . . .

1 Response to If you see something, trash something.