Tent Cities: Not a way out but a way to HANG out

Except for the misleading headline, this article from Pacific Standard Magazine is a more or less honest view of a SHARE-run tent city. Based on my own experiences, I can say that the interview subjects are a representative cross-section of homelessness, not just in the camps but on the street as well. Of the six homeless people interviewed, only one of them became homeless here in Seattle. One couple came here several years ago, trading a relatively stable situation in Alabama, where they had shelter, for the streets of Seattle. This couple would certainly be counted as “local” by the standards of Seattle politicians. But would that be honest? 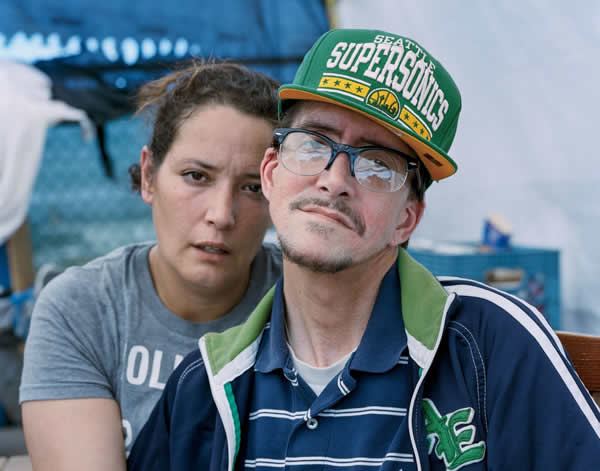 Click on the picture to read the Pacific Standard article.

The subjects were probably coached by the camp boss on what to say in the interview, but their comments are no less accurate for all that. The quote below crystallizes the message SHARE wants to broadcast to homeless people around the country. It’s one I’ve heard SHARE people say many times over the years:

SHARE and it’s confederate organization, LIHI, are receiving hundreds of thousands of dollars each year to run their Seattle camps. How does this “they don’t make us get into housing or counseling” line gibe with Seattle’s official motto that homelessness should be a “rare, brief, and one-time occurrence”? Think about it.