Politics and privilege in the Emerald City

What do Sally Bagshaw and Donald Trump have in common? More than you might think. I’m not talking money here; I’m talking attitude. See, when you’re rich, you can’t help having one. An attitude, that is. 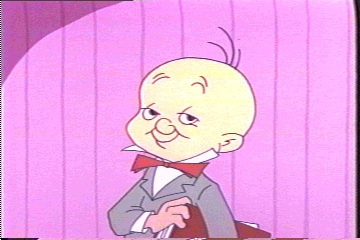 A friend linked me a blog post from last spring that summarizes reported assets of Seattle councilmembers. Combined assets for the nine CMs are about $25.8 million. (Washington is a joint property state, so assets reported include property owned by the CMs’ spouses.) That works out to about $2.8 million per CM. Salaries are around $120,000, which is half again as much as the median income of $80,000, as reported by the Seattle Times.

Does the presence of so many fat cats suggest that CMs are stealing, or that that they’re buying elections? –No.The CMs who are rich now were mostly already rich when they got into the game. So what does it matter how much money CMs have, or how much they make? –It matters because it affects their perception of the burden they impose on the citizens when they make laws. Example: Three years ago, the Council passed a law upping the fine for speeding in a school zone to a non-negotiable $201. That’s pocket change for a guy like Bruce Harrell, who has $10 million in assets and makes $2,300 a week. He could rack up a couple oft those tickets every month and not even feel it. But what about the pizza guy on the other side of the tracks? Between the fine itself and the extra insurance, that new fine is gonna be taking food off that guy’s table if he gets popped just once. And that, in a nutshell, is why you don’t want a bunch of multi-millionaires like Bruce Harrell deciding on what’s a fair burden on the rest of us. 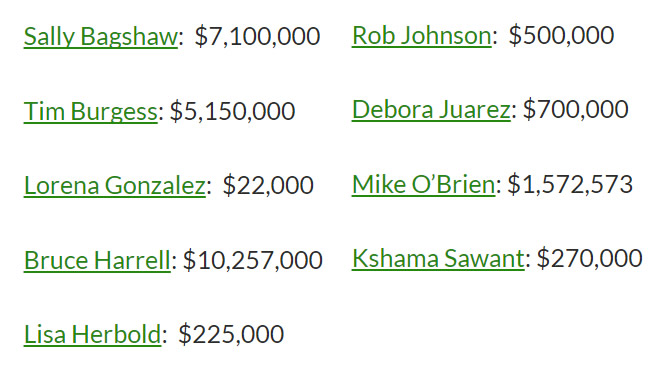 Click to see the full story on Community Council Insight

Now let’s talk about taxes, because the Council affects those too. Yes, by law, we all get to vote on tax increases. But the Mayor and Council have a lot of say on just what is we get to vote on and how it’s packaged. Last election, they put a $290 million property tax increase measure on the ballot, for instance, and that was supposedly to pay for homeless services. Do you remember getting a call from anyone at City Hall asking you if you even wanted that, or explaining who the money would be going to, exactly? Cuz I sure don’t. That bill was marketed as “helping homeless people” and voters approved it, along with a Sound Transit bill that we’ll be paying for decades from now. Fat cats like Bruce Harrell and Sally Bagshaw will pay the highest dollar amount for the resulting property tax increases, and that seems fair if you look at it only in those terms. But let’s look at it from another angle. Think of it like the parking ticket. How much is this really gonna affect Bruce Harrell compared to you? Yeah, Harrell’s house is worth more than yours. Maybe he’s gonna pay $3,000 extra each year, while you’re only gonna pay $1,000. But what if you’re already struggling with the bills? Who’s the new tax bill going to AFFECT more, you or Bruce?

And so it goes. Relative pain thresholds don’t just apply to the things that you can put a dollar value on either. What about homeless and RV camps that the CMs support? And the drug consumption sites? Do they tend to pop up more in the neighborhoods where CMs live do you think? Or do they pop up more in your neck of the woods? If Sally Bagshaw calls the cops on someone messing up her lawn, they’ll be there right away to deal with it. What happens when YOU call them? Mike O’Brien can toddle off to Europe for a month when he gets tired of looking at the squalor under the Ballard Bridge. Where can YOU go?

Are you starting to get the picture now?

1 Response to Politics and privilege in the Emerald City