Quick: What do you call a Detox Center, without the “De-” part? You’d call it a Tox Center, of course. And that’s just what it would be: a place where addicts could keep poisoning their bodies, free from the medical intervention that is a hospital’s reason for being. And yet the harm reduction crowd see Tox Centers as a good thing. Let addicts keep poisoning themselves if they want to, they say . . . ‘cuz withdrawal hurts. 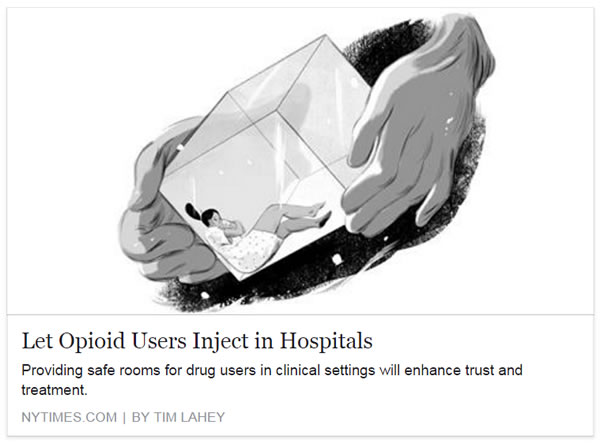 Local officials are pushing for drug consumption sites in Seattle and King County. But we know it won’t stop there, any more than sanctioned tent camps stopped with sanctioned tent camps. You’ll notice we often talk about those two things – tent camps and drug addiction – in tandem, and there’s a reason for that. Sanctioned drugging and camping are part of the same long-term plan to normalize self- and socially destructive behavior. 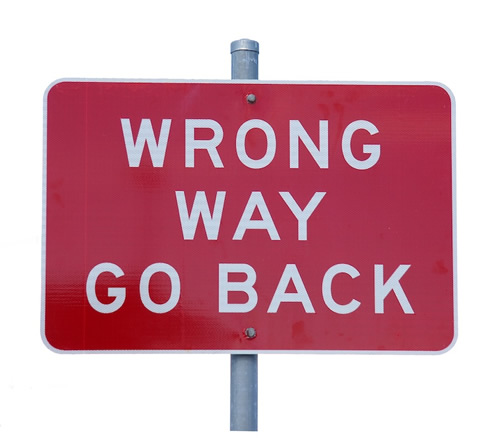 The next thing the drug site advocates will want is for addicts to be allowed to use inside hospitals, just as the NYT writer is calling for. From there it leads quite logically to the taxpayers being asked to buy the heroin and needles and to pay for nurses to administer the drug to users, to “reduce the harm” of using street drugs. To get the rest of us to go along, the drug site advocates will claim that subsidizing heroin would cut down on crime. And they’d be right! Yes. In a city where police have been ordered not to hassle addicts or make a strong response to drug-related property crime, government-supplied opioids would look like a great thing. The pharmaceutical companies would be on board with it too, of course. Do you ever get the feeling we’re living in a George Orwell novel? 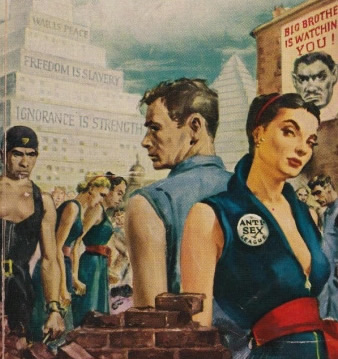 War is Peace
Freedom is Slavery
Harm is Harm Reduction