Activating a space to discourage camping

In a recent public meeting on a homeless encampment in the Ballard, Seattle’s Director of Homelessness George Scarola told neighbors of the camp that they could “activate” public spaces to keep homeless people from camping there. According to a man who was at the meeting and gave me a report, Scarola told the crowd that, “Activation consists of making use of the space the homeless are camping in to make it harder for them to use it. Things like establishing gardens, planters, sticker bushes, a P-patch, and so on.”

I took this before-and-after picture in my White Center neighborhood to illustrate how the activation process works. 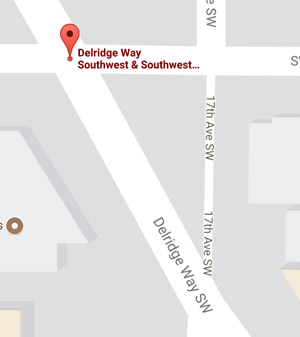 In July, a homeless man began camping and hoarding in a planting triangle along Ambaum Boulevard that had been reclaimed from unused pavement just a few years earlier. Although the area is highly visible to sidewalk and street traffic, the trees, the high grass, and the flat ground were all inducements to camping. 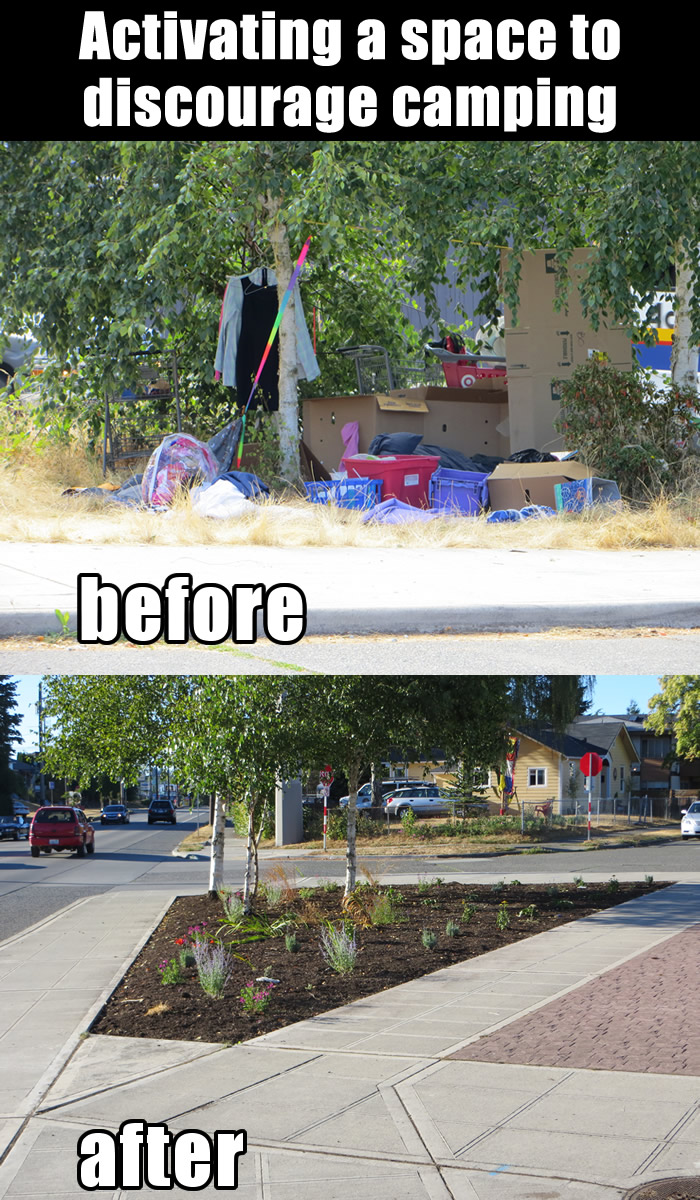 After tolerating the man’s presence for a month or more, neighboring businesses worked with police to have him removed from the spot. The area was then plowed up and replanted with plants that will colonize the space and make it inhospitable for camping. Or so it is hoped.

This entry was posted in Homelessness, Squatters and tagged activating a space, Delridge Way SW, director of homelessness, Scarola, squatting. Bookmark the permalink.