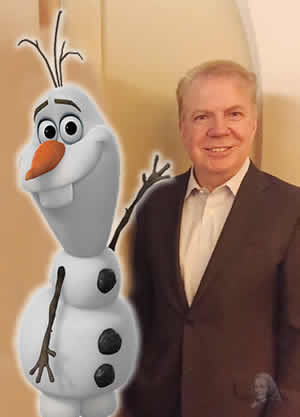 A recent Facebook post from Seattle Mayor Ed Murray is at once a study in courage and a window onto the political nightmare that is homeless policy in Seattle. Murray is currently getting skewered by the church-lady left for evicting the scattered homeless camps along the I-5 corridor downtown, collectively known as the Jungle. In local parlance, these short-order ejections by cop are known as “sweeps.”

Where are the 400-ish Jungle residents supposed to go after they’re swept? Shelters will take some, with the Mayor’s encouragement, but many others – perhaps even a majority – will pack up and move to assorted hidey holes around the city, where they may be even less safe than they were in the Jungle. (But hey, at least they won’t be trotting down the freeway auditioning for Mad Max.) Still others will end up blowing town for good. At that point, they will no longer be the Mayor’s problem.

Of course this wasn’t anybody’s happy ending, but realistically, the Mayor was all out of options. The Jungle had been getting bigger, wilder, and dirtier by the week. The violent murders last January showed that it was beginning to pose a threat to civil order as well.

Murray’s opponents are the usual suspects: a core of homeless activists led by city councilmember Sally Bagshaw and championed by the Real Change “street newspaper.” While the activists lead demonstrations and speak-outs at City Hall, Real Change writes scathing editorials, and Ms. Bagshaw pushes ineffectual resolutions. Meanwhile, the sweeps have continued. Murray, stung by the criticism, took to his Facebook page last week to defend his record:

The latest issue of Real Change criticizes this Administration’s efforts to help people living without shelter. There are thousands of people living on our streets, and there’s always more work to be done, of course. But this Administration has only strengthened our City’s commitment to helping the homeless, including embracing a list of recommendations from Real Change. Permitted encampments on public property: done. More funding for services: done. More shelters: done. Enhancing street outreach programs: done. Declaring a state of emergency: done. City support of homeless individuals is at unprecedented levels, and this Administration has made gains that previous administrations could not or would not deliver.

What I read between the lines of the Mayor’s apologia is the frustration of a man who’s tired of getting played. And what I see with the Jungle is the determination of a guy who’s just started pulling his own strings. For a change. 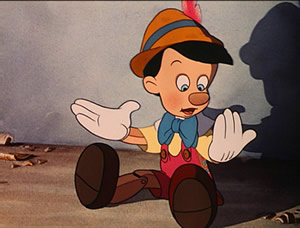 Mayor Murray’s been in a tough spot. When he took office in 2014, he inherited a homeless “crisis” that had been building for at least 20 years and was now making the front pages three or four times a week. Along with the mess, he inherited an infrastructure of public and private agencies that, if they hadn’t actually caused the mess, hadn’t exactly done a bang-up job of fixing it either.

Murray has tried to accommodate the demands of the homeless lobby while also making a good-faith effort to actually reduce the number of people living in our parks and alleys. But now, two years and tens of million dollars later, he seems to grasp that those two things are not always compatible and that what’s good for Homeless, Inc. might not be good for homeless people. (Can you say “poverty pimp”?) He also seems to get that the disfavor of a few hard-core activists and fat cats might actually be less dangerous to his career than the wrath of a fed-up electorate.

As I read his Facebook post, the real message goes like this: I did your thing, Homeless, Inc., and it didn’t work. Now I’m gonna do mine.

For the past two decades, homeless policy in Seattle has largely been steered by a triumvirate that includes Real Change, the Seattle Housing Resource Effort (SHARE), and the Low Income Housing Institute (LIHI). These three entities have a common origin and share key personnel, and together they have achieved an unprecedented level of access to the Mayor and City Council, as well as dozens of strategically placed bureaucrats. [See here for a story on the latest addition to the Homeless, Inc. stable.] Naturally, these three entities are represented on all the blue-ribbon commissions, and their imprint is seen on every major piece of homeless legislation, from property tax levies to tent camp ordinances. SHARE and LIHI have a direct financial stake in homelessness: SHARE gets upwards of $800K a year to run camps and shelters, while LIHI owns thousands of low-income rental units around town. LIHI’s director, Sharon Lee, has connections to some of the biggest money people in the state.

These are not the kind of folks to be snubbed an upstart Mayor.

Usually, things don’t come to this pass, because steps have been taken to prevent it. First day on the job, the new Mayor gets sat down behind doors with the City Council and bureaucrats. And they say: Look, Mr. Mayor, we think you’ve got some fabulous ideas on ending homelessness. But we’ve already got these non-profit guys to handle things for us, see? And they don’t want nobody rocking the boat. So why don’t you just take this script and run along and do your little press conference? You won’t end homelessness, but you’ll at least look like you’re doing something about it. And as long as the money keeps flowing to these non-profits, you’ll keep your job.

In the few cases where a mayor has tried to chart his own course on homeless policy, he’s found himself isolated and scorned, the target of melodramatic, sob-sister resolutions inside the Council chambers and raucous, fist-shaking exhibitions in the hall outside. It’s a Passion Play of the Homeless, orchestrated by SHARE and publicized by Real Change, with a cast of hundreds: homeless “protesters” conveniently rounded up by SHARE from their network of tent camps and shelters. It’s a testament to the shrewdness of Homeless, Inc. that they were able to throw two-term mayor Greg Nickels out of a job simply by naming a homeless camps after him.

In the end, any mayor who knows what’s good for him will roll over and start playing the game.

Oh, you want to set up three more tent camps in the city? –All right, if you’re sure you’re helping people get off the street . . .  And what’s that? You want us to pay you to run them as well? – Would you prefer cash or check?

Mayor Murray had been content to play the game, too, but recently something happened to change that. In late January 2016, SHARE’s downtown Nickelsville homeless camp collapsed into a hot mess after the residents threw off SHARE boss Scott Morrow and his drug-dealing cronies. The City had been paying SHARE’s bills for the camp, and in return SHARE and LHI had promised to run the camp clean. But after two years, it was clear that the Mayor and the taxpayers – not to mention the campers themselves – had been taken for a ride. There had never been much more than 50 residents at Nickelsville. Just 50 souls out of an estimated total of some 4,000 people on the street. It must have left the Mayor wondering about the whole Homeless, Inc. model. How could this grubby little camp be costing everyone so much, and doing so little good?

The Nickelsville debacle ended with an ugly eviction in mid-March, and the Mayor decided he had enough. Shortly thereafter the Human Services Department began quietly pulling the plug on SHARE funding. Then King County, which had been funding SHARE at a much lower level but had had similar headaches, followed suit. When asked to explain the new posture, the agencies put it bluntly: We’ve got a crisis of homelessness on our hands. To solve that crisis we need to get people – lots of people – off the street and into housing. SHARE might get people off the street, but they don’t get them into housing, so why should we keep giving them money?

Predictably, SHARE fought back, closing its indoor shelters and forcing hundreds of residents into two “protest camps” near county office buildings downtown. But once again fate intervened to change the course of events. About this time (early May) the Jungle blew up again, grabbing the headlines from SHARE’s protest and forcing the Mayor into decisive action. And then, miracle of miracles, Real Change saw the light and started reporting the SHARE protest story in a reasonably balanced way, even as it was carping at the Mayor for his get-tough stance on the Jungle. With Real Change on the brink of defection, can the end of Homeless, Inc. finally be in sight? Can a three-legged Triumvirate still stand on two? How about one?

The Mayor appears to be setting a new course on homelessness, a course guided not by ideology and empty promises but by accountability. And results. And courage.

If he is indeed setting such a course, then may his course be ours.

3 Responses to No Strings Attached