Seattle Mayor Ed Murray said today that there might not be enough people left in the Jungle to bother with kicking them out. Which is an understandable (if not exactly courageous) stance, given the amount of crap he’s gotten from the left just for threatening to kick them out. Six weeks ago, when Murray announced that Seattle police would be “sweeping” the Jungle, there were estimated to be over 300 people living there. But no large-scale sweep was undertaken and now, according to a staffer at the Union Gospel Mission, which was helping the Mayor find shelter for Jungle residents, there are only about 100 people left. Some of them are hold-outs who refused to work with Union Gospel, but many others are (ruh-roh) new arrivals. (See story here.)

In the meantime, one of my street-level informants sent me a federal search warrant application from April of last year. That document describes an Asian drug ring that operated in and around Seattle and used the Jungle as a transit point for drugs and weapons. In the 7-page extract below, I’ve highlighted references to the Jungle:

You can also view the excerpt here, or the whole warrant application here.

Although the drug ring mentioned in the warrant app was broken up,  at least temporarily, other gangs, or fragments of the original one, have since moved in to pick up the slack. My informant tells me that January’s triple murder may have been related to a struggle for turf. 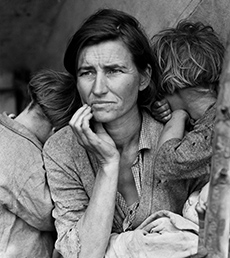 Homeless advocates tend to focus on the romantic side of jungle camps. They get fuzzy, John Steinbecky visions of people like the Joads, hardworking folks who’re down on their luck and just need a place to flop for a while. In a way, these people are living the dream. They’re buckin’ the bossman and the landlord, but everyone else is welcome to sit down and share some stew around the fire. If you got a carrot or some taters, go ahead and toss ’em in.

Yes, that’s part of the picture, but not the biggest part. In addition to the hard-luck cases, there’s a lot of old-fashioned drug addiction and mental illness in these camps, too. And brutality. Just read the full warrant application if you need evidence. Or the newspapers. Or, if you’re the skeptical type go check out the Jungle for yourself; it’s not hard to find. I’ve been there. Many times.

Jungle camps make easy prey for outsiders as well. They’re irresistible to criminal gangs, for instance, for reasons that should be obvious: as well as being a dependable source of customers, they make a great place to stash drugs and weapons. They’re notoriously hard to surveil, located in isolated spots as they are, and obscured from sight by vegetation or buildings. But if there should ever be a raid and you’re the one the cops are looking for, don’t sweat it: there are hundreds of nooks and crannies along the I-5 greenbelt in which to hide – and there is great freedom of movement between camps as well; a person on foot can travel a mile or more from camp to camp over footpaths and across traffic. In short, this is a great place for the baddies. But it’s no place for anyone else. 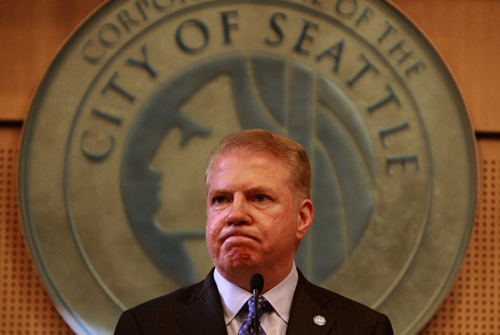 The Jungle is testing this Mayor’s resolve not just to address the homeless crisis but to protect public safety. He’s to be applauded for getting the number of people there down to 100, yet if the he takes no further action, the Jungle’s population will soon return to pre-brouhaha levels and beyond. That will have to count as an overall failure for Mr. Murray. One that the voters are not likely to forgive.

For other articles in this series see: Jungle Boogie and No Strings Attached.