Below is an itemized list of the City of Seattle’s estimated clean up costs at Nickelsville Highland Park (aka the “Glassyard Site”).

If you recall, Nickelsville was evicted by the Seattle City Council after being on that spot illegally for two and a half long, trashy years. The formal eviction date was September 1, 2013, but Nickelsville residents weren’t completely gone from there until about a week later, at which time the city had to come in, supervise garbage removal, and pay a private security company to keep people off the site.

Costs for that phase of the operation:

The “pest control” money probably dates back to well late 2012. In response to a complaint from another Highland Park neighbor (not myself), the health department did an inspection and decided had to pay a contractor to come in there and set rat traps around, in addition to paying for garbage cans, hand-washing stations, and so on.

In addition to the money Seattle taxpayers had to shell out for the garbage man, we also had to spring out for the Department of Parks and Recreation to come in there with cleaning crews, at rates that ranged from $32 to $50 per hour, plus more truck rental fees. The total bill for that part of the job was $8,364. And that figure does not include the cost for all the police overtime, which is some data I’m still waiting on. Nor does it include the $64,000 the City had to spend on a clean-up and fence installation at a site down the road, where many Nickelsville refugees fled after the Highland Park squat was closed down. (See story here.)

Needless to say, this money was nearly a total waste. None of it, with the possible exception of pest control, went to help homeless people. Yet, ironically, all of these costs could have been avoided, if Scott Morrow, Peggy Hotes, and the other people running Nickelsville, had simply enforced their “No Dumping” policy, or if they had counseled the people living at the camp to clean up their trash as they made it, which would have taken care of the rat problem as well.

Failing that, SHARE – the non-profit organization run by Morrow and Hotes – should have footed the clean-up bill. After all, SHARE was getting hundreds of thousands in contract money from the City during this time.  [See SHARE contract for this period here.] Supposedly SHARE was using that money to pay for homeless people to crash at local churches, but technically, they don’t have to account for how the money is spent,* so I think it’s safe to assume that at least $37 grand is sitting in a slush fund somewhere.

But in any case, I want to repeat that this was an utterly preventable situation. Think about it. If KOA campgrounds and state parks can host hundreds of thousands of transient visitors each year without turning into vermin-infested pigsties, why couldn’t Nickelsville host a few hundred? When I confronted Ms. Hotes publicly about Nickelsville’s trash problem at a community meeting last year, her reply was: “Homelessness is messy.”

No, Ms. Hotes. It’s not homelessness that’s messy. It’s you.

The following photos were taken at Nickelsville Highland Park in November of 2012 by the Seattle King County Department of Health. This was ten months before the eviction: 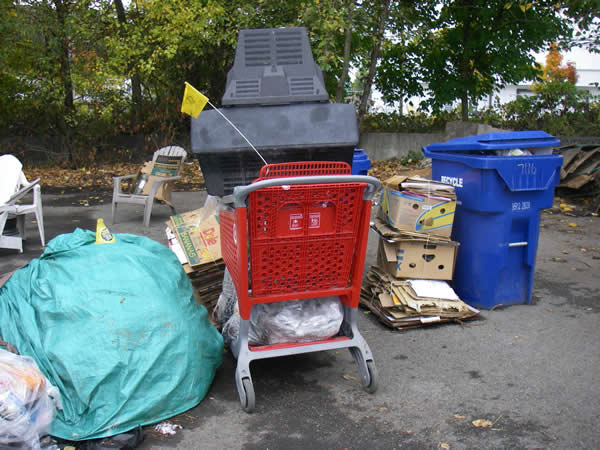 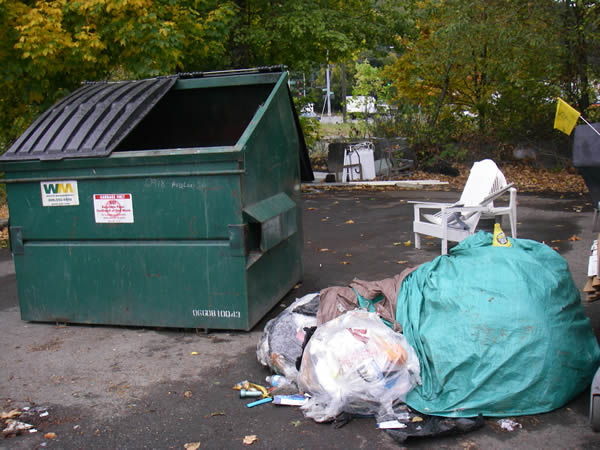 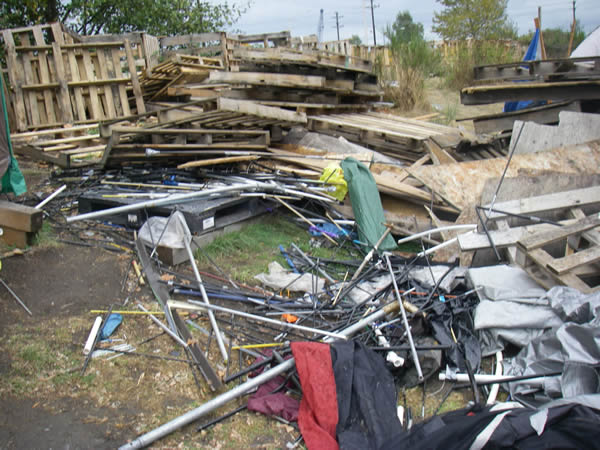 To see the whole set of photos at full resolution, go here.