The tarnished halo of Rob Ferguson

Washington Attorney General Bob Ferguson is exulting in his successful court challenge to President Trump’s immigration ban. Ferguson obviously cares about immigrant rights, but has he been as diligent in protecting people who already live here? What about homeless people, for example? Or taxpayers? That’s his job, after all. Or it’s supposed to be. 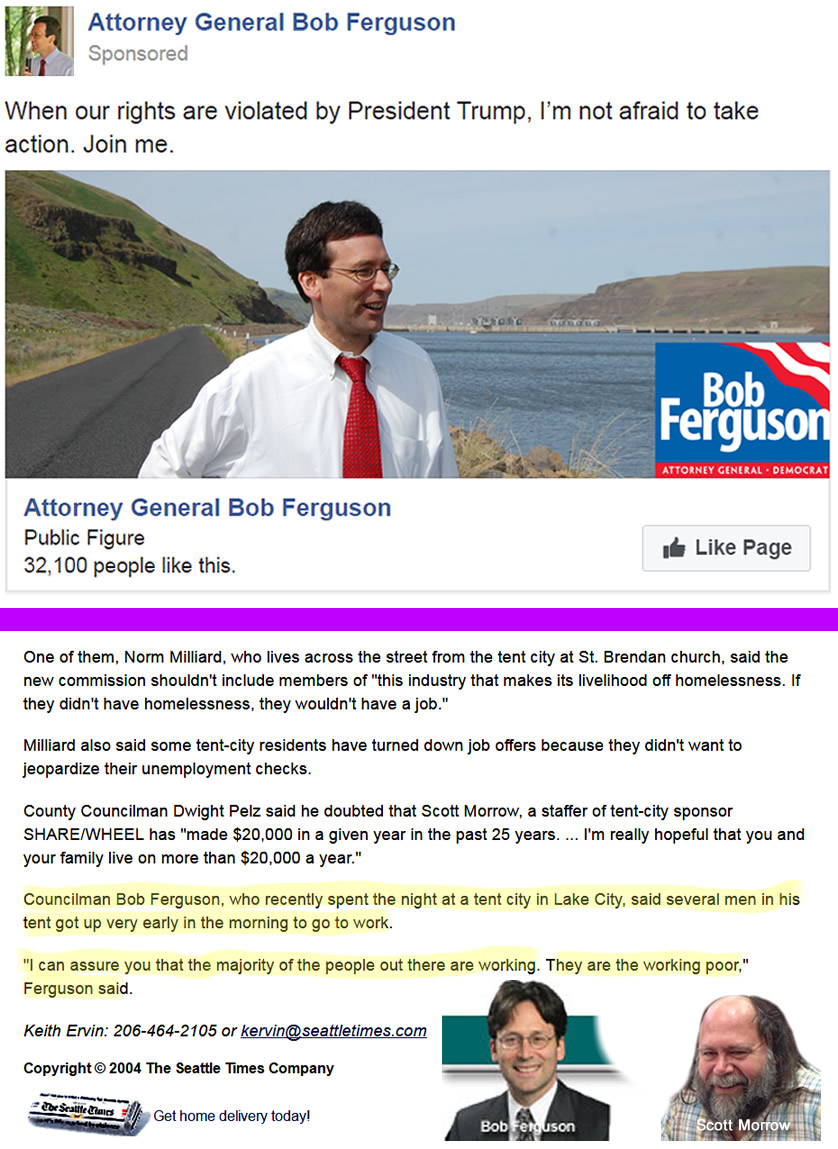 In 2004, when Ferguson was a King County Councilmember, he was cozy with Scott Morrow and SHARE. He even stayed overnight at one of Morrow’s tent camps in Lake City, speaking warm-and-fuzzily of his experience to a Seattle Times reporter afterward. Ferguson naively told the Times that the majority of campers at this camp were getting up early in the morning to scoot off to work. The “working poor” he called them. (They may have been leaving the camp alright, but they were not going to work.)

Ferguson was later instrumental in helping SHARE get their hands on a free County-owned vanpool van, and his office has not responded to requests to investigate the SHARE organization. SHARE’s roots run deep in the political soil of Washington State. And its branches reach to the sky. Given that, how likely is it that any Ferguson or any other government official here would push for an investigation into SHARE’s operation?

Oh, Rob. You sly devil you. 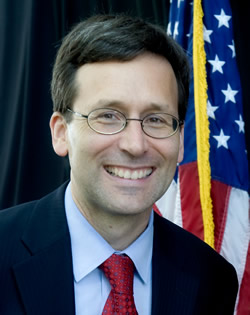