Seattle’s Task Force on Homeless Encampment Clean-up had one of its weekly meeings at City Hall Wednesday. I attended at the invitation of a friend who’s on the task force. It was not encouraging. But it was enlightening.

This summer Mayor Ed Murray directed Seattle police and sanitation workers to begin “sweeping” a group of homeless encampments along the I-5 corridor, collectively known as the Jungle. In response, homeless advocates, backed by the ACLU, appealed to the City Council to make him stop. The Council sees encampments not so much as a matter of law as a human rights issue, so their collective arm didn’t need much twisting on this. They proposed legislation 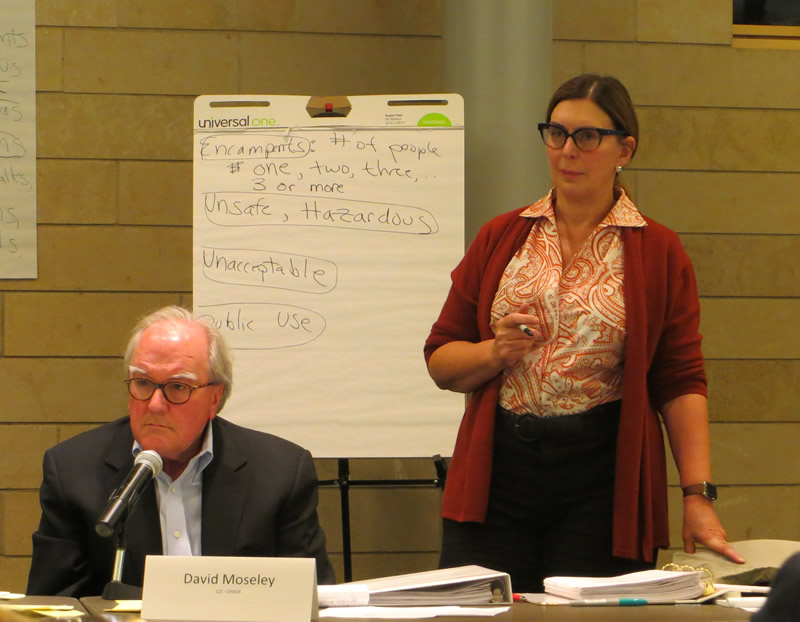 requiring the City to provide 30 days of social service “outreach” before it could remove any camp of five or more people, and after the 30-day outreach period, the City would have to provide “adequate housing” to campers before moving them.

There are a couple of concessions to common sense in the ordinance, such as that camps will not be allowed at public schools or on sidewalks. Also, if conditions at a camp are found to be unsafe the camp can be cleared immediately, subject to the “adequate housing” provision.

Send in the Experts

The Mayor has threatened to veto the legislation if it seems unworkable to him. To prevent that from happening, the Council agreed to let the Mayor’s blue ribbon panel of homelessness experts go to work on the details. The panel comprises 15 or so folks from various government and private agencies concerned with homelessness, who are now  charged with the task of answering questions like: Where should camps be prohibited and allowed? What constitutes an “unsafe condition”? What is meant by “outreach”? And last, but opposite of least: What housing arrangments have to be provided to campers who are being removed? 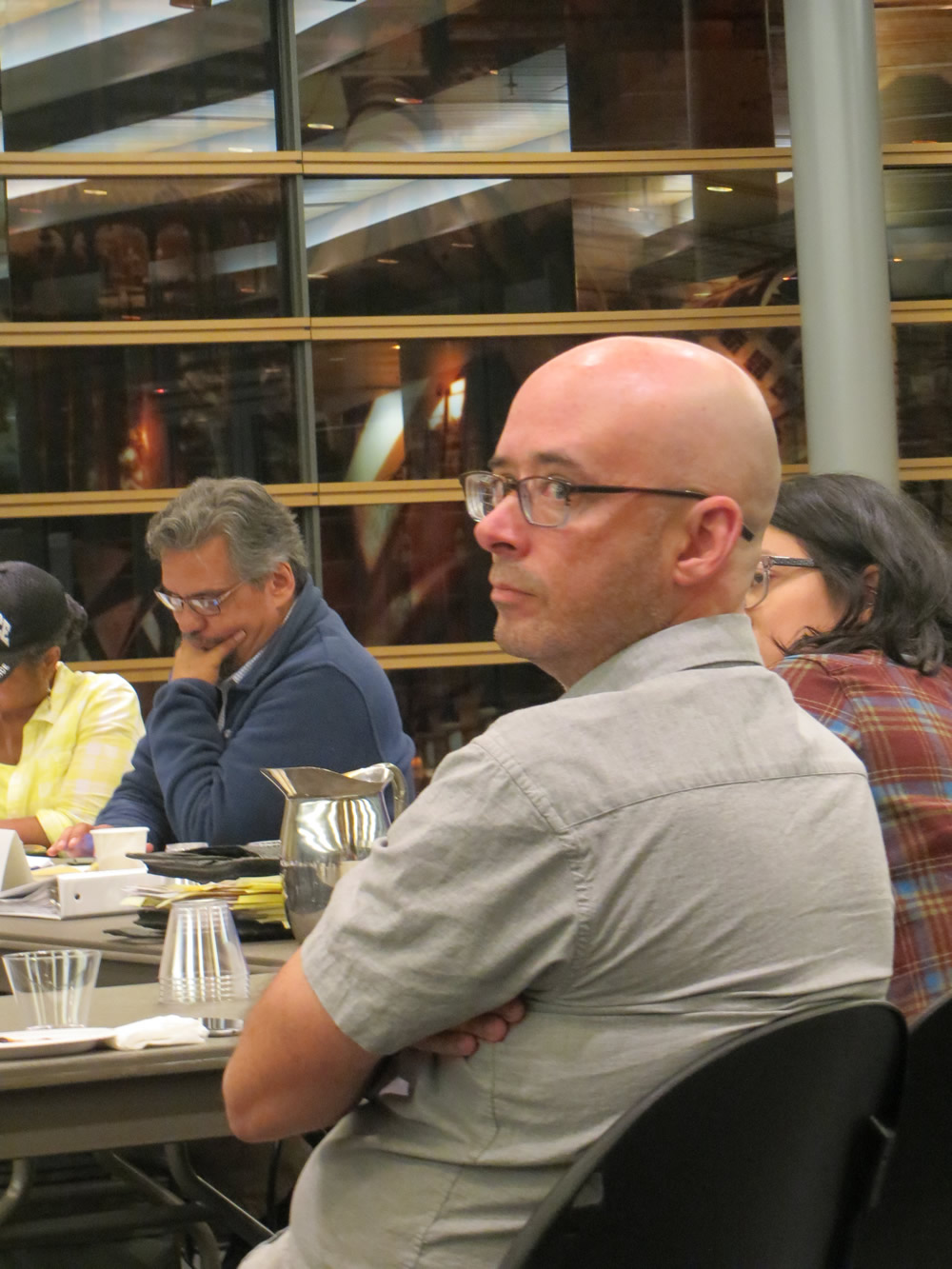 The pre-eviction outreach is the easy part. The city can swing that with a few more million dollars and a team of social workers. Agreeing on what’s an “unsafe” condition is similarly do-able. But the part about finding adequate housing for everyone? Hmm . . .

Seems like shelters would be a good place to start, but when someone wondered just how many shelter beds are out there now, none of the experts seemed to know. Or care. Which seems odd. Task force co-chair Sally Clark dismissed the question out of hand. “We know there aren’t enough shelter beds because we constantly hear stories of people being turned away from shelters,” she said. That’s what’s known as expert anecdotal evidence.

One expert opined that even if there were shelter beds open, they wouldn’t necessarily be a good altnerative to camping, since many shelters have “high barriers” to entry (e.g., no pets allowed, and you can’t drink or drug there).  Some shelters are simply not nice places, someone said, and an expert who’s in the shelter business seconded that. “We run several shelters, and they can be scary,” he said. Which also struck me as rather odd. But in truth, I do hear that often from homeless people. To them, shelters are not a good alternative to the woods.

The term “needs assessment” was floated, and that’s logical. You have to know what a homeless person needs to help him get back into housing. But what if he doesn’t agree with your assessment? What if  it turns out he needs to go to work or needs to get off some drugs (or on some other ones) and he doesn’t want to? Perhaps that’s not an expert-level problem.

None of the experts mentioned doing a survey to see where Seattle’s homeless campers were coming from or how they got here. Seems like an obvious thing to me . . . 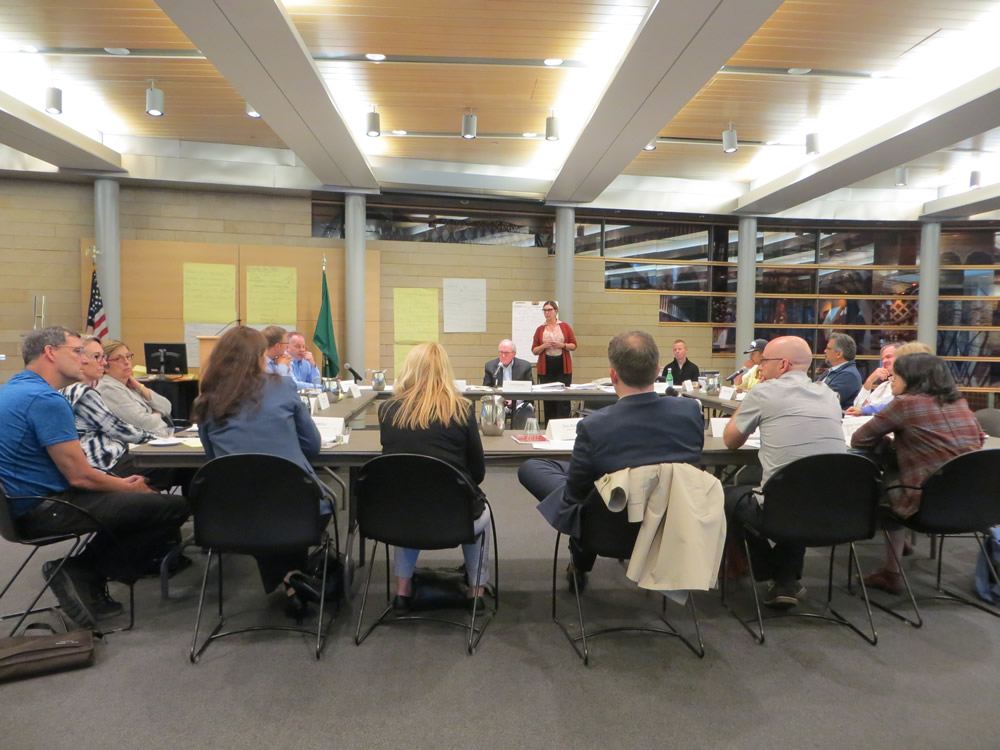 The meeting bogged down as soon as the experts moved beyond heroic statements of principle (Everyone deserves a safe place to stay!) and tried to grapple with more  mundane issues like: How are we gonna pay for this?

Another question not tackled by the experts is: How is this going to affect the number of homeless people in Seattle? And the answer is: It will go up. More homeless people are showing up Seattle every day, and this legislation mandates that if we can’t find some kind of housing for them, we have to let them stay on public land indefinately. Unless they’re doing something “unsafe.” 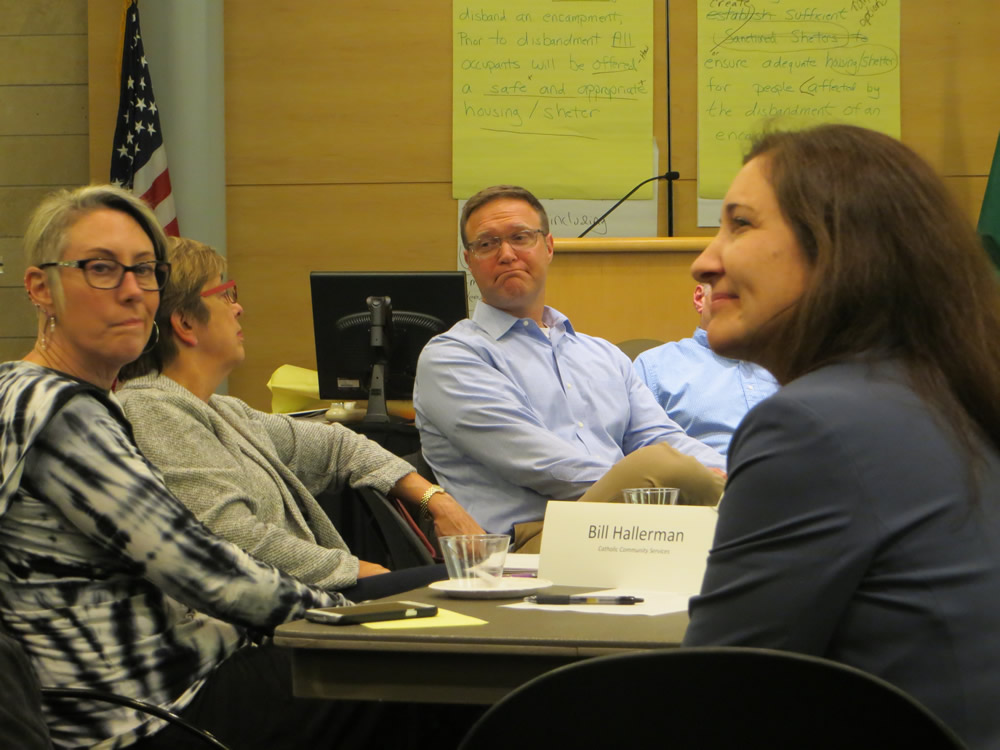 One expert said: If we shut down a camp because it’s unsafe, but we don’t have any place else for people to go, is it possible we’ll end up just moving people from one homeless camp to another?

But it’s not just possible, it’s inevitable. Without a lot more shelter space, and some way to compel homeless campers to use it, the most the City will be able to do from here on out is move people from one camp to another. The Council might even end up having to create new ones for people to stay at, which will be the final surrender. Finding everyone a home will not even be on the agenda anymore. Seattle, meet your new paradigm: Forever homeless.

Forever homeless suits some of the experts fine, because homelessness is their meal ticket. But the craziness was not lost on others. As people filed out after the meeting, one of them shook her head and said: “We don’t have any idea what we’re doing.”

Indeed. It didn’t seem like it to me either. But then, I’m not an expert. 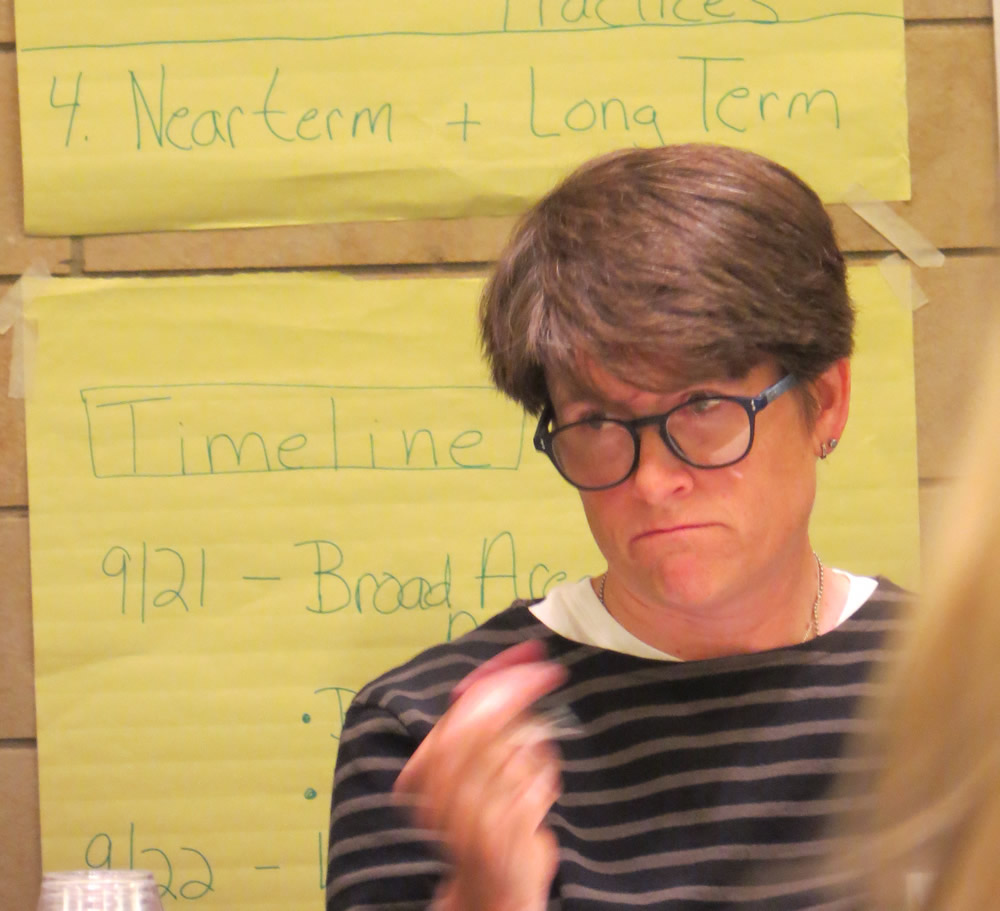 Essay by David Preston, N.A.E.
All photos above by the author

Here’s what Seattle will have more of if this law passes . . .

Note: It has not been determined whether injection drug use at a camp site will be considered an unsafe condition justifying the camp’s removal. Given Seattle’s relaxed drug laws and historical tolerance for public drug use, it is likely that it will continue to be tolerated at camps.


The document I got the city pictures from is here.

Extra Credit Assignment (for me)

I recognized some of the faces at the task force table. These are people I’ve been seeing at homeless policy meetings for years. I’m going to take a salary survey and add up their combined income. A conservative estimate would be that they together they make a million dollars a year. And this is a big part of what they do : They sit on task forces.

5 Responses to Ask the Experts