Absentee Alex is a Twitter parody account devoted not so much to making people laugh as to creating a false image of Seattle’s newly elected moderate councilmember, Alex Pedersen. The page was created by a Canadian man – another programmer, like Paul – who tag-teams with his friends to make fake tweets showing Pedersen as a racist NIMBY who is fixated on Kshama Sawant and doesn’t care about housing affordability or other “social justice” issues. 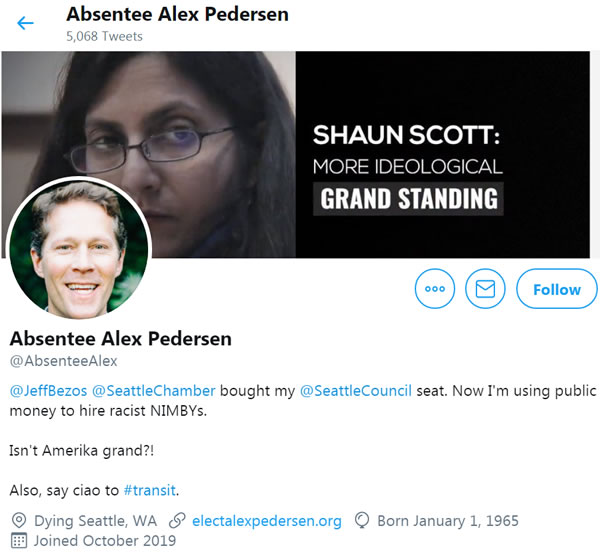 The two created the account to support Pedersen’s opponent in the 2019 Seattle city council race, a young socialist named Shaun Scott. After Scott lost, they decided to keep the anti-Pedersen page going.

Absentee Alex could have been something fun, a way to gently tease the stodgy Pedersen and nudge him toward policies that the urbanists supported, but they decided to make it something ugly and mean instead. In that respect, they’re like so many other humorless ultra-leftists like Nikkita Oliver and Kshama Sawant, people who couldn’t tell a joke to save their lives. Instead of trying to address their opponent’s position on the merits, they fall back on meaningless tropes like, “That’s your privilege talking.” 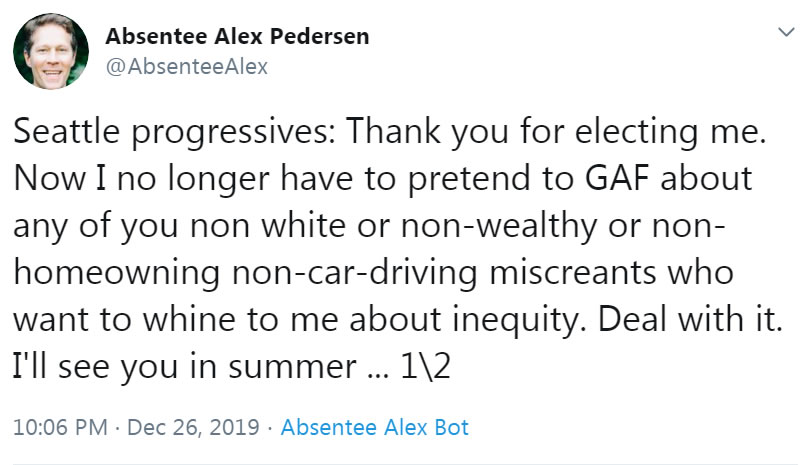 It’s time to unmask the guy who’s behind this page. So here he is… 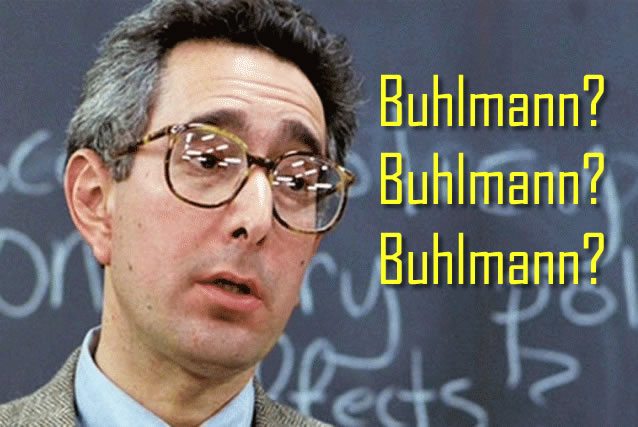 Glen Buhlmann is the brains behind Absentee Alex account. On his own page, he doesn’t hold back. Fuck the mayor, he says. I’d be nicer somewhere else, but I’m here. Deal with me. Helpfully, he lists his pronouns as “he/him.”

Um… How about if we refer to you as it? Or that? 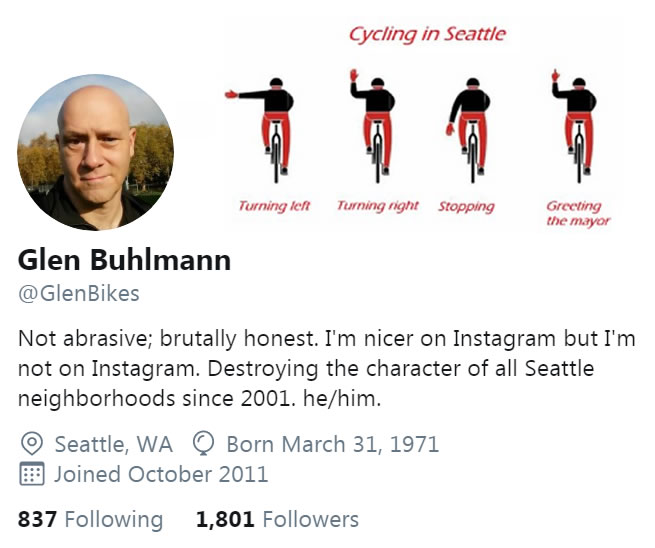 In trying to mock the inoffensive Pedersen and turn him into a monster, Buhlmann has only managed to caricature himself. How’s that for irony, folks? 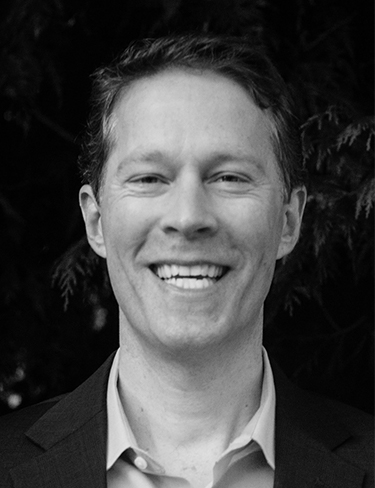 If you’re already fatigued with Mr. He/Him Buhlmann and want to know what Councilmember Alex Pedersen is really about, you can read his official blog here. Here’s a sample:

I am committed to providing the people of Seattle’s District 4 with responsive leadership that focuses on our priorities for effective and accountable city government. By personally walking every block of Seattle’s District 4 (in all 20 neighborhoods), I connected directly with thousands of residents this year and listened carefully to their concerns.  As your elected District 4 representative, I’ll be responsive, advocate for sensible and data-driven policies based on your input, and increase transparency where your tax dollars are invested.

From homelessness to transit, potholes to public safety, my goal is to deliver the basic services and positive results we deserve from our local government, and to rebuild trust between City Hall and the 100,000 neighbors I am honored and humbled to represent as a City Councilmember. Thank you.