Accused dog killers shouldn’t be tried in the press for the same reason accused cops shouldn’t be. This post isn’t about an accused dog killer, though. It’s about a King County judge who ignored prosecutors’ requests and also probable cause statements and bumped felony animal cruelty and second degree robbery charges down to a misdemeanor. A Seattle judge was then given the case, and that judge determined that the accused dog killer could go free until his next hearing. Click the image below to see the background story. 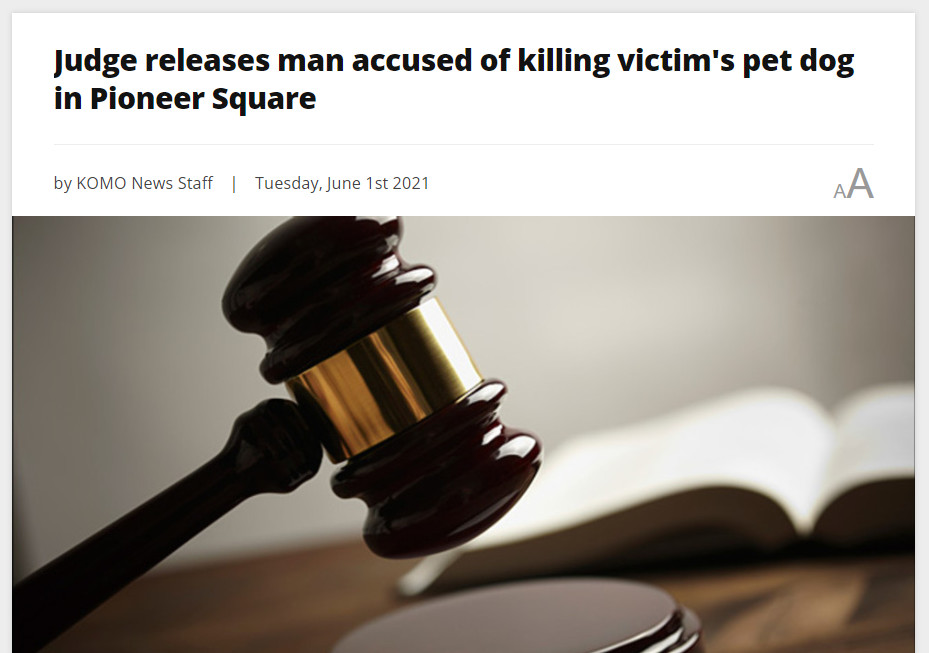 Many Seattleites want to know who the judge was in this case, so here he is: Marcus Naylor. Naylor’s background is public defense, so he’s used to taking the defendant’s side.

We are indebted to KIRO radio host Dori Monson for this information.

This entry was posted in Facebook, General and tagged Here come da judge. Bookmark the permalink.