There Was a Crooked Trail

May 18, 2018 ~ The closer you look at the way bike lanes and trails are being put in around Seattle, the more disturbing the picture looks. I know what you’re thinking: Bike lanes? Disturbing? Come on, Quixotic. Lighten up.–No really. Hear me out.

Take the Missing Link bike trail project in Ballard, for example. That’s a proposed 1.5 mile path that will connect the main part of the Burke-Gilman Trail, which runs along the west side of Lake Washington, to a stub running along Shilshole Bay on the west edge of Ballard. 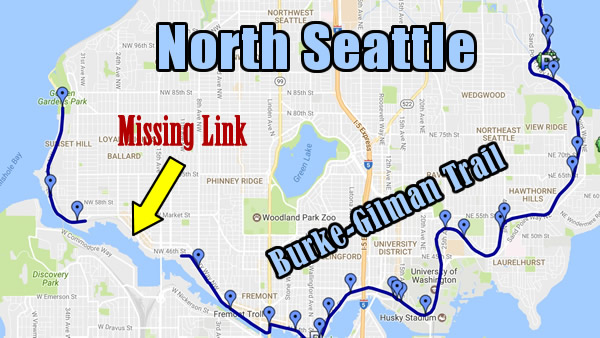 The link is missing, and it does need to be put somewhere. But the path the City is proposing for it would take it through an industrial and maritime corridor, and that will disrupt – and possibly destroy – several large businesses in the neighborhood, as well as a spur railroad line that was built in the late 1990s to serve them.

A group of business owners calling themselves the Ballard Coalition is fighting the plan. The Coalition accuses the City of reneging on promises made to the community two decades ago, when it was agreed that the trail would not be put in on Shilshole. The Coalition has also developed a better option: an alternative route two blocks to the north that is better for bikes and has more support from the businesses along its path. Unfortunately, they say, the City hasn’t taken their counter-proposal seriously. They believe that real estate developers and City officials are conniving with the powerful (don’t laugh) Seattle bicycle lobby to shove a bike trail down the neighborhood’s throat, with the long-range goal of gentrifying the area. 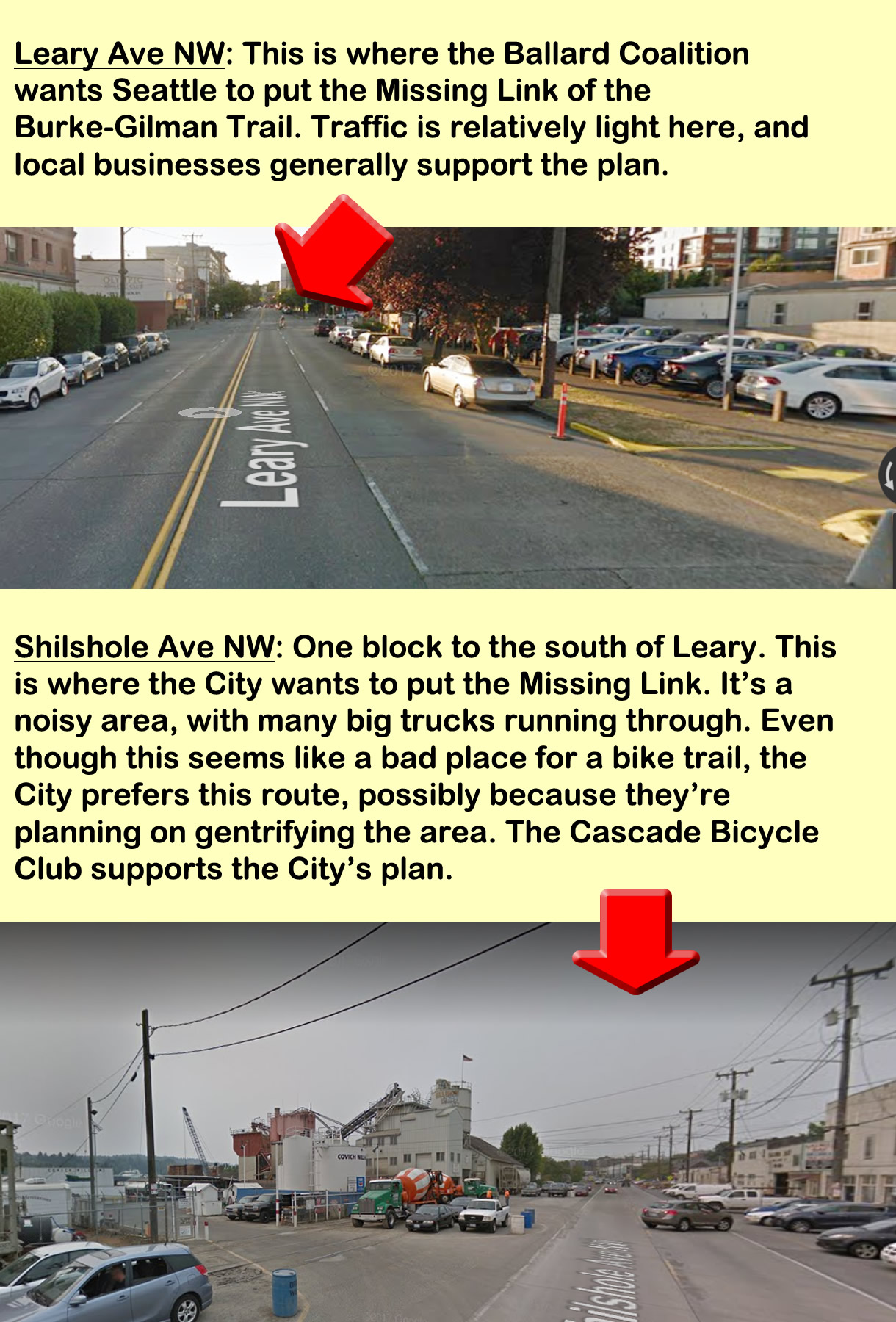 This theory would sound rather kooky if the Coalition hadn’t provided some evidence for it. And they have, in the form of an e-mail from an executive at the Cascade Bicycle Club where he’s confirming their suspicions. We’ll get this trail in first, Cascade’s Brock Howell writes to another Bike Club exec, and then we’ll put some hotels and condos in there. Once we’ve got that, we can force the industries to curtail their operations with noise complaints and they’ll have to leave. That e-mail was included in a recent letter the Coalition sent to Deputy Mayor Shefali Ranganathan. In their letter, Coalition spokesman Paul Nerdrum makes a compelling case that the City and the Cascade Bicycle Club are in cahoots.

[Scroll through this five-page document with the arrows that appear when you mouse over it.] 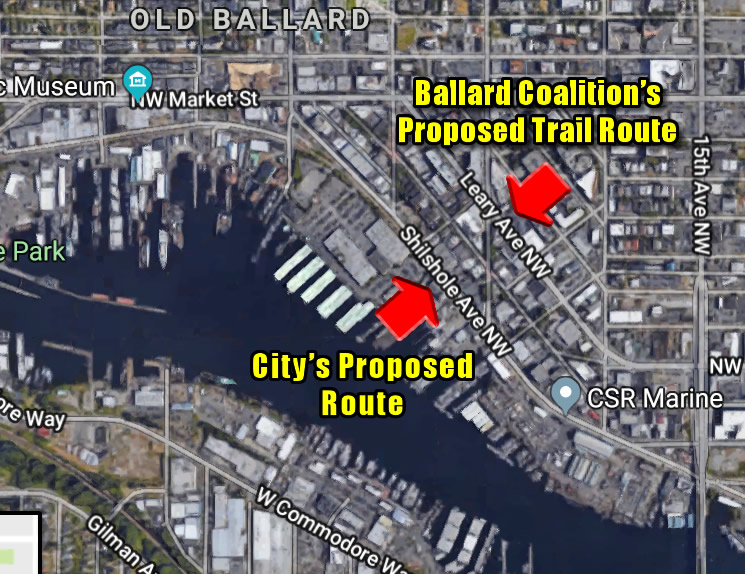 Eyes on the Prize

If you think of Shilshole Ave as it is now, it’s clear that this is the last spot you’d want to put a bike trail. Especially if you had another good option in the vicinity. But remember that beneath the grungy exterior, this is still waterfront property, and if you visualize the place not as it is but as it might be 20 years hence, with luxury high-rises and hotels stretching west toward the bay, it takes on more lucrative overtones. Changing the zoning on this corridor from industrial to residential could mean billions of dollars in profits for builders, which translates into millions of dollars of campaign-season love for the politicians who helped make it happen. 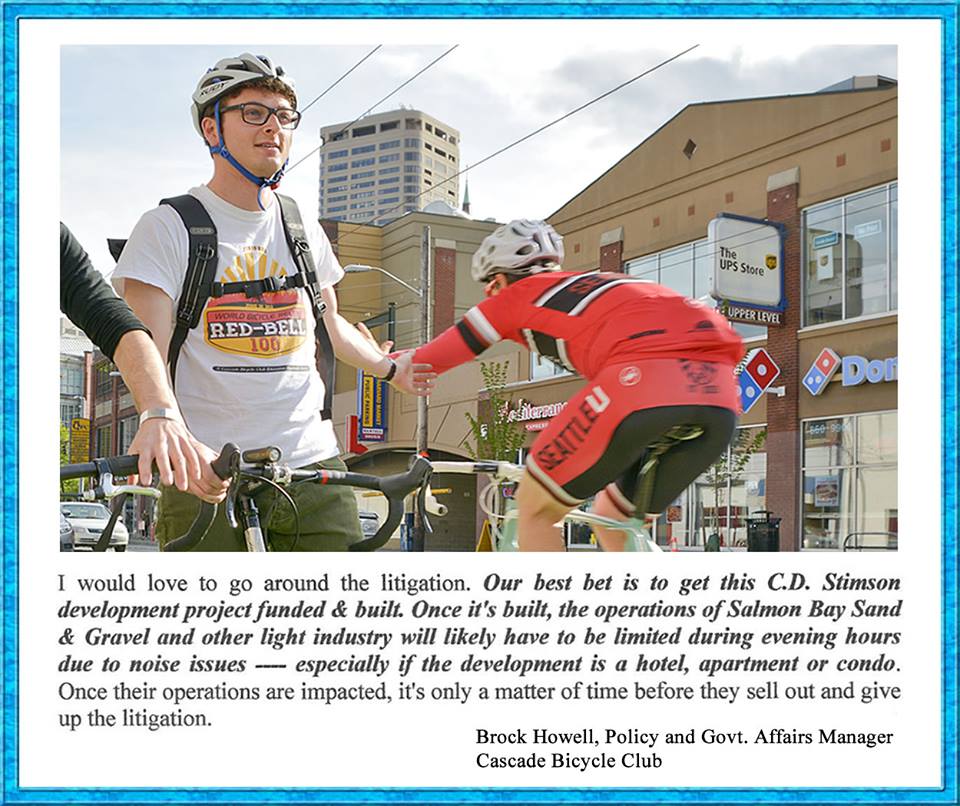 And what do Brock Howell and the Cascade Bike Club get out of the deal? – You tell me.

Postscript: The Trail Gets Crookeder

I published an earlier version of this story on the Safe Seattle Facebook page. The next day, Brock Howell, the Bike Club executive mentioned in this piece, was trying to get Safe Seattle declared a hate group. 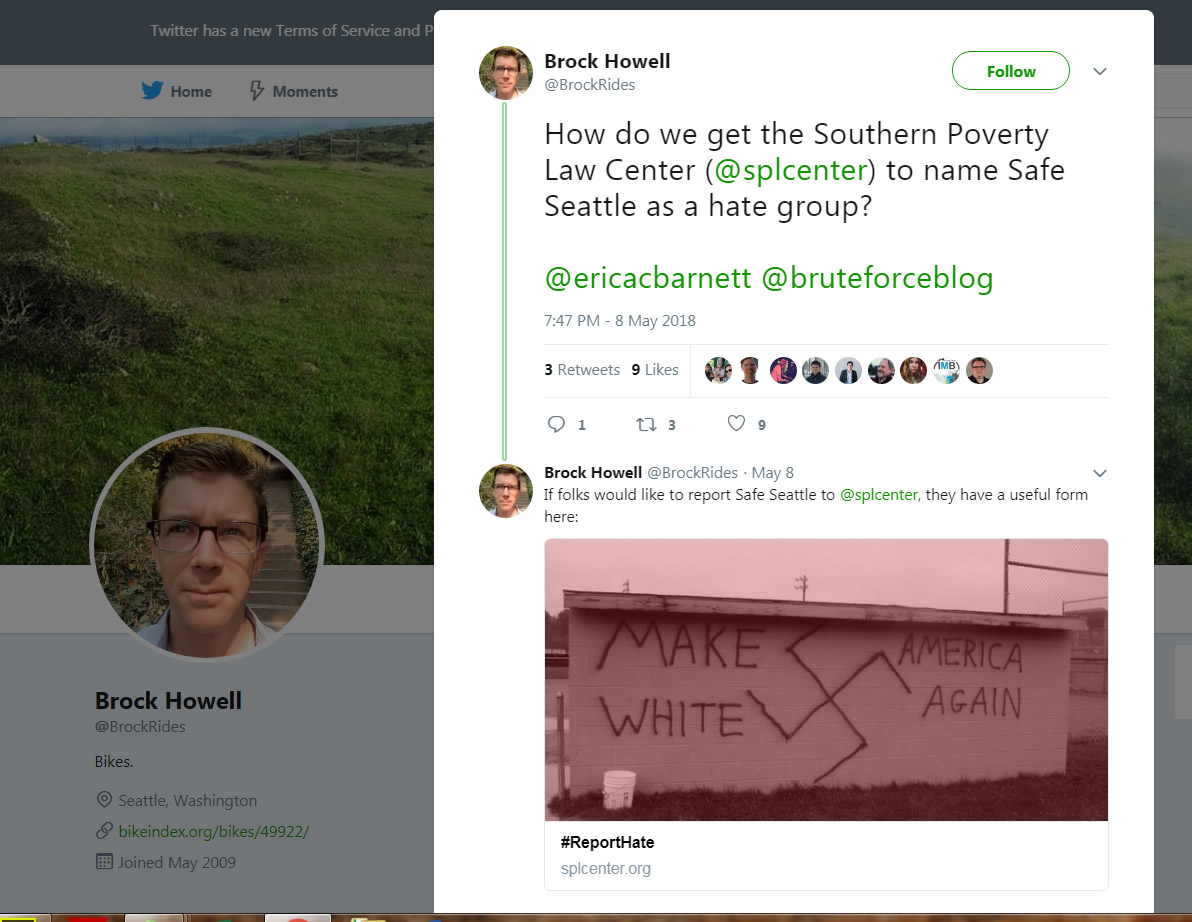 1 Response to There Was a Crooked Trail