A homeless person sleeps on equipment at Othello Playground, half a block from Seattle’s newest city-sanctioned homeless camp, Othello Village. 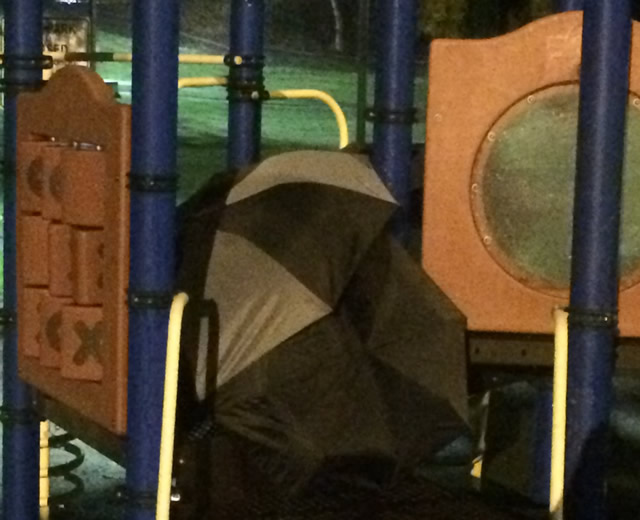 One of the questions surrounding homeless camps – sanctioned or otherwise – is whether they attract homeless people to the neighborhoods around the camps. No studies have been done on this that I’m aware of, but with the camp located in my Highland Park neighborhood I noticed that there was a noticeable increase in the number of people loitering about in the area of the camp during the two and a half long years it was there. In some cases, these were people who slept in the camp but spent their days panhandling; in others they were people had been ejected from the camp for drugs or behavior issues and who chose to stick around in the vicinity, usually because they had friends in the camp who helped them in some way, with donations of food, for instance. In still other cases, homeless people migrated to the area because they’d heard about it on the news and because they assumed that the neighborhood was amenable. [Read a related story here.]

The managers of Othello Village have assured neighbors that they will be policing activity of campers as they move about in the neighborhood. There is a prohibition on campers buying or drinking alcohol within a certain distance of the camp, for instance, and there is another on campers associating with people who have been evicted. But such restrictions are hard enough for the management to enforce on current campers; there is no way they can be enforced on evictees or hangers on. (The person in the picture above may have been someone ejected or turned away from Othello Village who assumed, reasonably enough, that homelessness would be more likely to be tolerated in this neighborhood than elsewhere.)

Who will take responsibility for ensuring that Othello Village doesn’t attract more homeless people to the neighborhood around the camp? Will the outfit running the camp step up? How can they when it runs contrary to their stated mission of “helping the homeless”? How about camp supporters? Will they put pressure on the police and City Hall to make sure homeless people stay out of the surrounding area? Again, it doesn’t seem likely, given that they have already expressed sympathy for the plight of homeless people. Hard to imagine someone busting on a bum at the a park on Saturday while he’s handing out blankets and coffee down the street on Sunday.

That leaves the skeptical neighbors who opposed the project in the first place . . . and Seattle city officials. Those are the same officials, by the way, who told the neighbors they had to accept the camp whether they liked it or not. [See a related story here.] But wait. Hold on! Because in this case I actually have a Stump-the-Cynic happy ending for you . . .

In this particular case, the city did do the right thing. When the neighbor who took this photo passed it along to Jenny Frankl at Seattle’s Department of Neighborhoods, Ms. Frankl got right on it, and the person was gone from the park just a few hours later.

Hopefully that person got hooked up with a shelter and/or some city services . . . if that’s indeed what they were looking for.

3 Responses to Whose park?