It’s too bad Seattle can’t bottle self-righteousness, because if we could it’d be the biggest thing since pale ale.

Seattle Smug™ is certified fair-trade, locally sourced, gluten free, organic, carbon-neutral, and non-GMO. And best of all, it’s renewable, so we’ve got an inexhaustible supply. First there was WTO. Then gay marriage. Legal pot. RV safe lots. Transgender bathrooms . . .  Now it’s our turn once again to show America how it’s done. I’m talking Social Justice, people. This is the Holy Grail of Smug.

The City of Seattle just created an actual job of Social Justice Manager. And at 110K per year, Justice has never been so sweet. Check it out:

Oppression? Classism? Heterosexism? Something tells me this job is going to be about political indoctrination, not justice. This lingo is all highly subjective and politicized. None of it has a legal meaning. What does have legal meaning is “discrimination” – a word that, interestingly enough, is not even included in the job description. Discrimination has always been at the root of injustice. And discrimination is already illegal under the Constitution and thousands of state and local laws. Accordingly, there is already an army of lawyers and bureaucrats standing ready to enforce these laws.

For example, the federal government already has an office in Seattle devoted to preventing job discrimination. There’s another office, this one run by King County, devoted to housing discrimination. Finally, there’s the Seattle Office of Civil Rights, for pretty much everything else. So I can’t imagine what Seattle’s new Social Justice Manager will be doing, apart from lecturing people, and hiring lots of assistants. 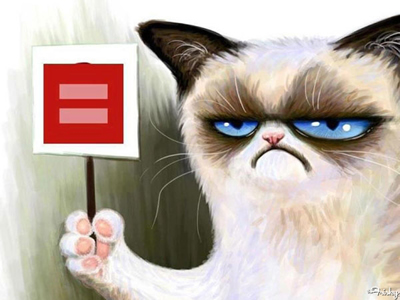 As I pointed out, we don’t need any new government programs to protect our basic Constitutional rights, and any program or law that tries to go outside the Constitution to address historic inequities (or whatever you want to call it) would be fraught with legal peril for the City. The Equal Protection Clause of the Fourteenth Amendment establishes that all citizens, regardless of race, religion, sexual orientation, etc., have a right to the same treatment under the law – and that includes equal access to government programs and resources. The smug fat-cats at City Hall can bellyache all they want about how unfair life is. What they can’t do is treat any citizen differently from any other citizen. Or they’ll be asking for a lawsuit.