At 2 AM on April 7, 2016 an unknown 16-year-old was whizzing downhill on Highland Park Way SW in a stolen car. The cops were on his tail. The odds were not in the kid’s favor, but he may have figured: What have I got to lose? The worst they can do is throw me in Juvey for a few months. A year tops.

Meanwhile, 21-year-old Devin Francis was driving uphill on the same long stretch of road. The 16-year-old swerved into his path, there was a crash, and both young people were killed instantly.

Devin’s people had a special gathering at this spot on what would’ve been his 22nd birthday a few weeks later, and when I stopped by a few days after that, I found all kinds of poignant little signs of how much people were hurting over this. Don’t know if anyone did a shrine for the other kid. 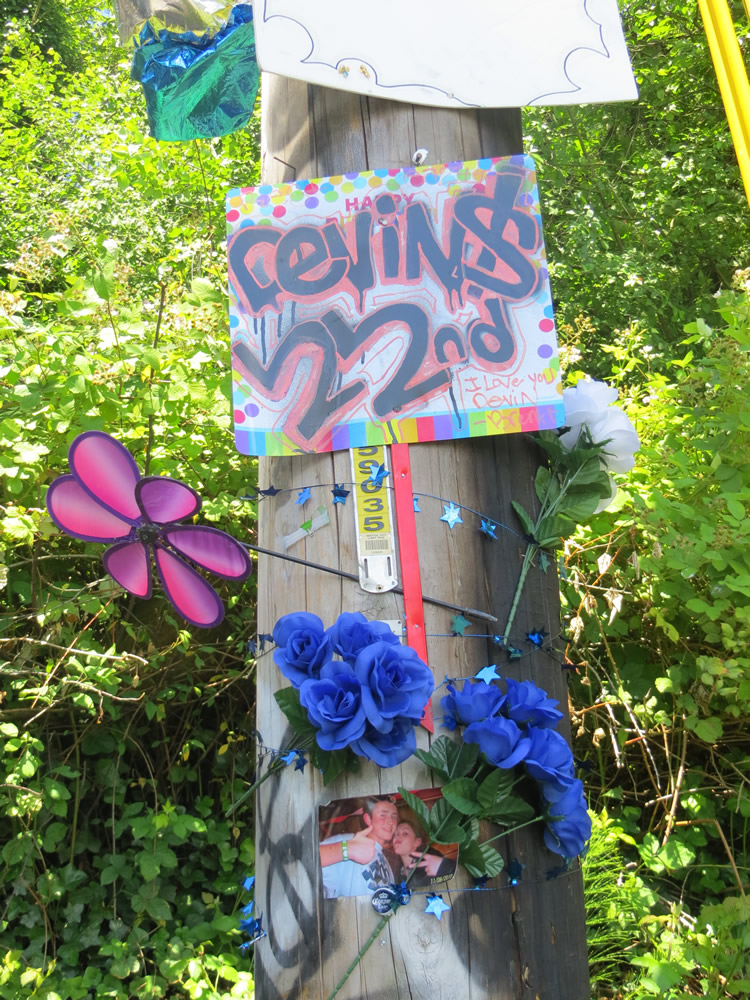 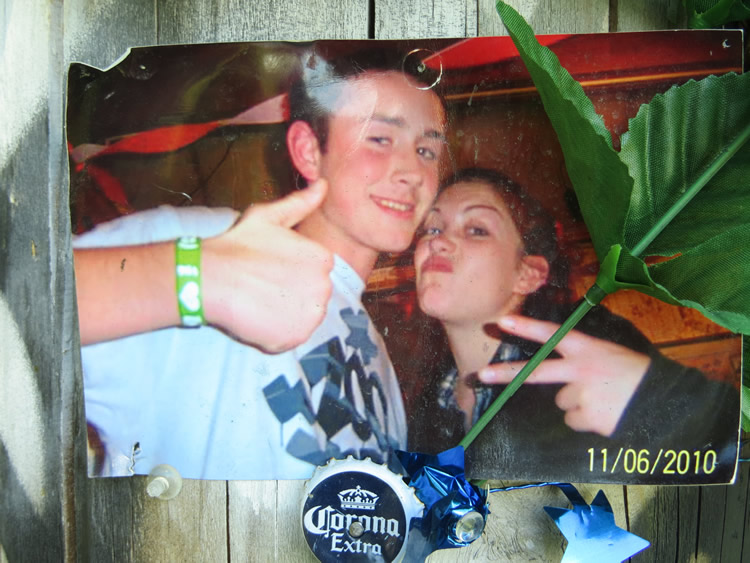 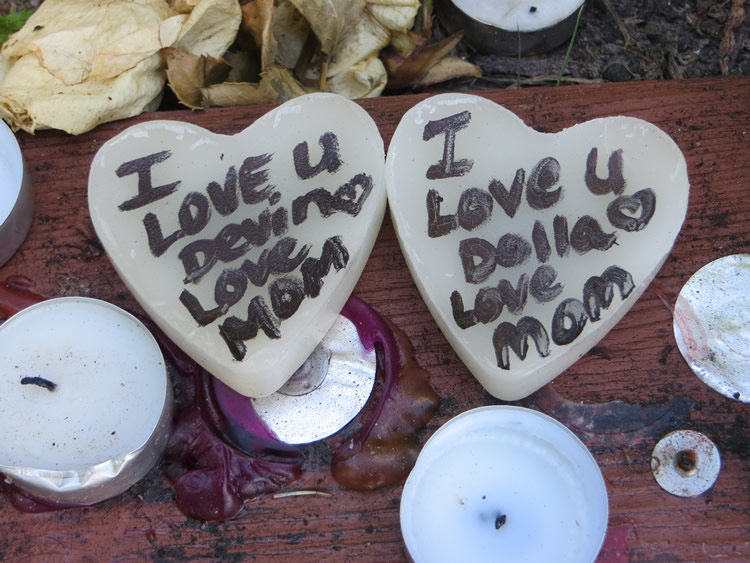 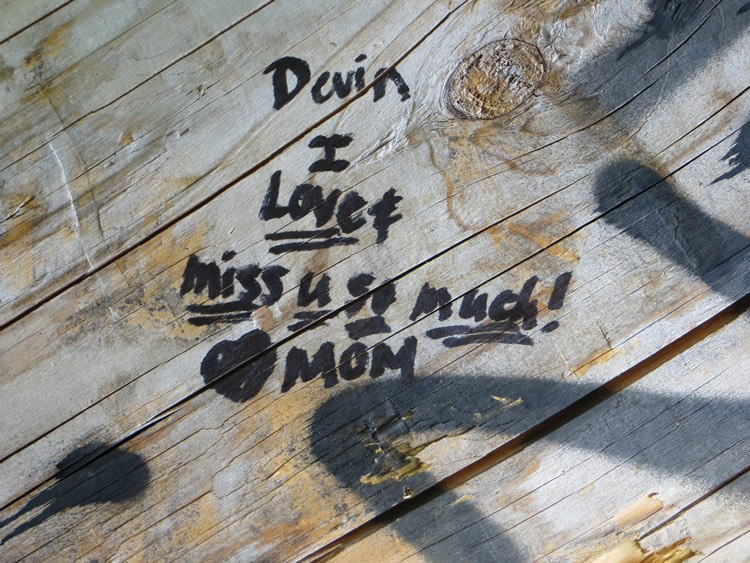 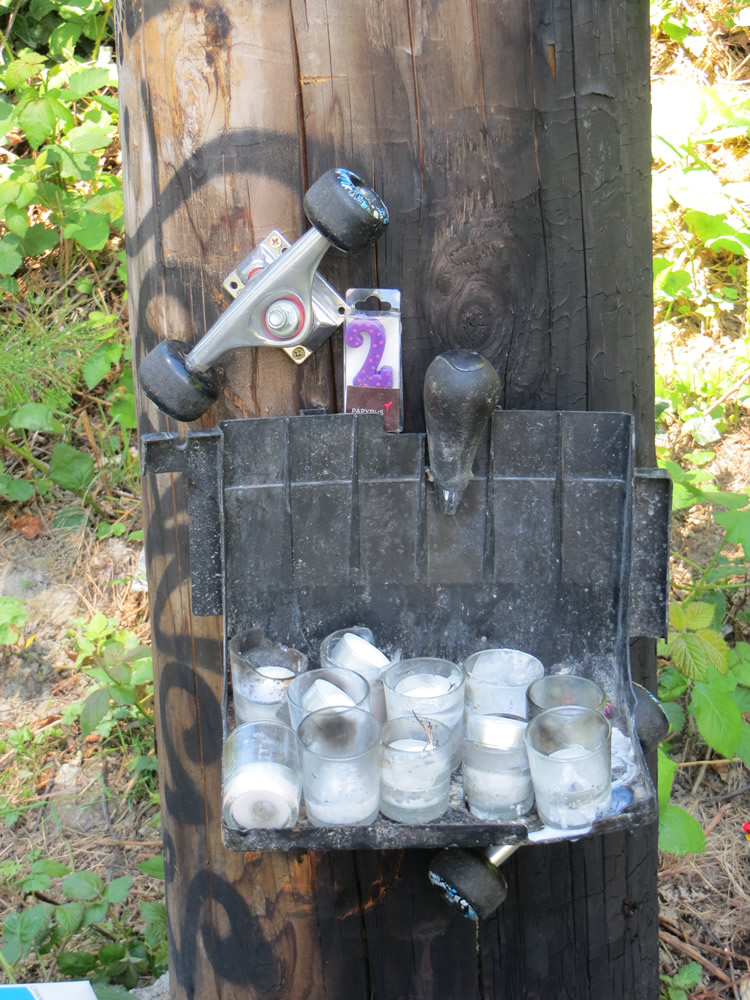 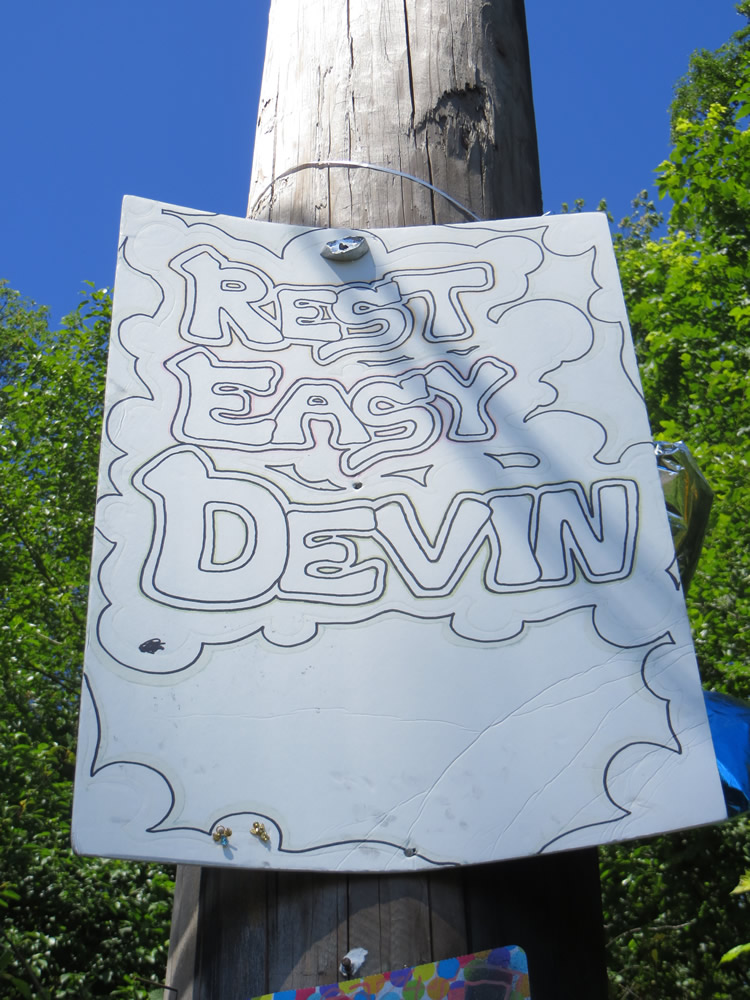 A bit of wreckage the clean-up crew missed. 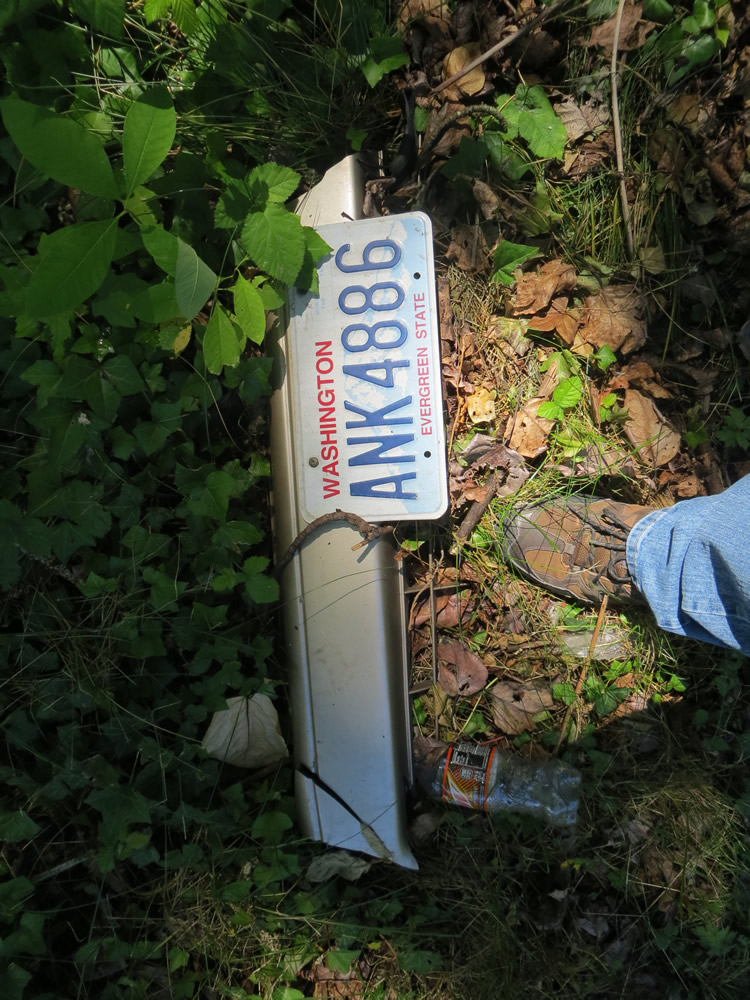 A follow-up story on the local news was critical of the cops:

You can leave a comment on Devin’s online obit. As of today, three months later, there are only two comments there.