This is a good thing. I didn’t like the way Seattle pushed through the new minimum, but now that it’s here, it’s good to see the City enforcing it. That will keep scofflaw businesses from gaining an unfair advantage over honest businesses that are complying, which was one of my concerns.

Note that the City is not enforcing immigration laws as part of this, and that’s somewhat ironic, because illegal immigration is one of the reasons that market-rate wages haven’t kept up with cost-of-living in the first place. (Not the only reason, mind, but one of them.) On the other hand, if the City enforces minimum wage and other labor laws consistently, it will eventually reduce illegal immigration, as employers will no longer have an incentive to hire illegals at cut-rate wages. In the coming months, I’ll be querying this new enforcement agency. looking for patterns in both wage cheating and enforcement.

Note: The minimum wage is not $15/hour in Seattle now, and it won’t be for some time. As of now (January 2016) it’s at $13 for businesses over 500 employees and $12 for everyone else. Those numbers assume that the employer pays for no health benefits, if the employer does pay for health insurance, that money can be used toward meeting the minimum wage. The wage will be raised in yearly increments, reaching $15 for businesses >500 employees in January 2017 (unless the employer pays medical benefits, which delays the wage phase-in). Businesses <500 will catch up to $15 in 2019, to include medical benefits as I noted above. 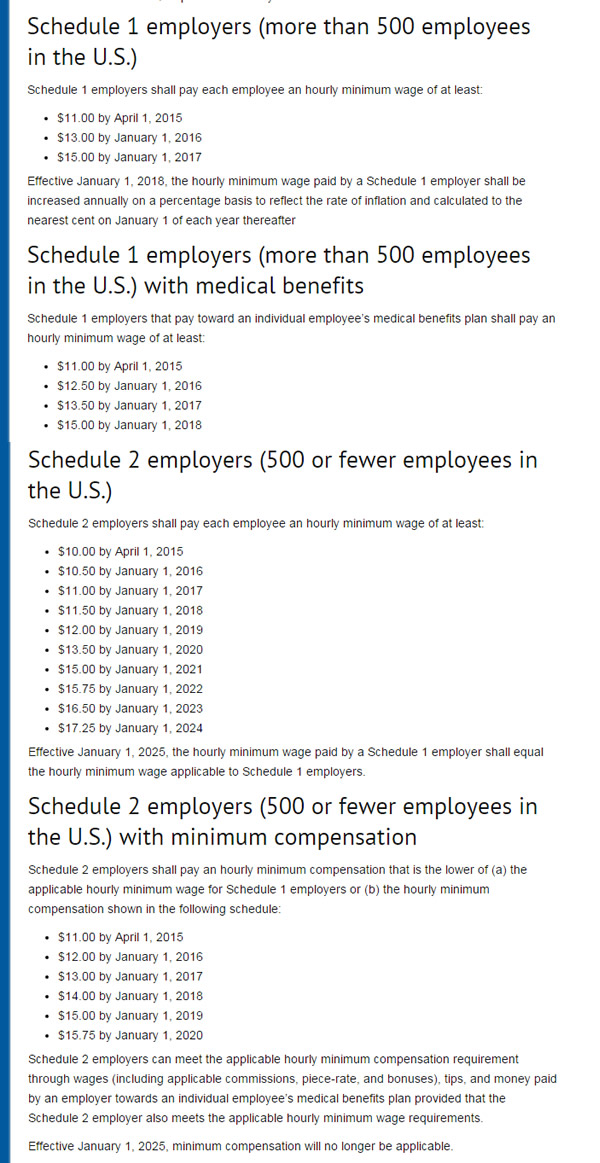