Polly Trout is the director of Patacara Community Services. The The Blog Quixotic makes no assertions regarding the truth of any of the allegations contained in Rev. Trout’s letter. The letter is part of the public record and I am repeating it here verbatim, with the permission of the author. –David Preston 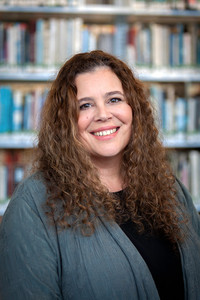 I am writing to you on behalf of the residents of Camp Dearborn. I am asking for two things:

1. That you take their current grievances seriously and hire an external, objective researcher to investigate them.

2. That the campers who have raised the grievances be allowed to continue to reside either at the current location or a new legal encampment, with an interim supervisor they feel safe with, while the situation is being investigated.

These grievances are substantial and serious, and punishing the residents for bringing them to light would be wrong.

Legal encampments are a very good thing and I support them wholeheartedly. They give residents access to water, portable toilets, and garbage collection. They have a perimeter fence and volunteer security personnel. Drugs, alcohol, guns, and illegal activity are not allowed in legal camps. Some of them have tiny houses; others have raised platforms for their tents. Living conditions in the legal encampments are better than they are for illegal homeless campers. Legal encampments save lives and it is wonderful that the city is expanding these services.

Unfortunately, because all the legal encampments are under a monopoly with poor management and no accountability or oversight, they are not being managed as well as they should be, and human rights violations are unnecessarily occurring within the camps.

I first became involved in the situation 1/29/16 when my friend David Delgado called me to say that he had been fired from Nickelsville. He had filed a grievance against his supervisor, Scott Morrow, and believes he was fired for being a whistleblower. Mr. Morrow functions as the director of Nickelsville, although he does not appear to have a job title or job description. He is also the director of SHARE/WHEEL. SHARE/WHEEL and Nickelsville are the only nonprofits in Seattle authorized to run sanctioned, city funded encampments for homeless people. Nickelsville operates in partnership with LIHI.

David Delgado tried to file a grievance stating that Scott was ignoring safety concerns in the camps, but that instead of investigating his concerns, he was fired. Scott says that David was fired for not doing his job. Personally I believe that David was doing a heroic job of earning his $11/hour as a front line social worker, and that it was a mistake to fire him. However, my larger concern is that the original grievance was never addressed, because there is no reliable system of accountability at Nickelsville. On 2/1/2016 Scott issued a letter to campers saying that grievances against him could be presented to SHARE/WHEEL staff, or the Nickelsville Board of Directors, and then gave an email and PO Box for reaching the Board. However, Scott himself was the one checking that email and PO Box, not the Board. A Board member emailed me on 2/13/16 saying that he had changed the password to the email so that a Board member would start checking it instead of Scott, but acknowledged that Scott was still the only person checking the PO Box.

This lack of oversight is particularly painful because in February of 2015, campers had filed grievances against Scott and tried to get him fired. At that time the Board promised them that changes would be made and a system of accountability would be put in place. Clearly, this did not happen.

When the three Nickelsville camps (at Dearborn, 22nd and Union, and Ballard) heard that David was fired, all three camps voted to hold Scott in no confidence. The Dearborn site went a step farther and barred him from the camp. In response, the campers were told by Scott that if they did not reverse their decisions and fall into line, then they would be evicted. Two of the three sites were frightened into submission; only the Dearborn site refused to back down. Because the Dearborn site is directly across the street from the Jungle, it was the site most affected by the mismanagement that led to the safety concerns that David originally raised, and which are yet to be addressed by Nickelsville’s leadership.

In the past two weeks, I have attended three camp meetings and spent about 20 hours interviewing Nickelsville residents and former residents. I’ve also spoken with current and former staff and board members, and had confidential conversations with service providers at other agencies working in homeless services in Seattle. I myself have been working in homeless services and nonprofit management in Seattle for the past 15 years. I have expressed my concerns about the situation to both the Nickelsville Board, LIHI, and the Church of the Good Shepherd. The Church of the Good Shepherd is the organization currently evicting Camp Dearborn from their present location.

In collecting oral testimony from the campers, I’ve been shocked by the stories I’ve heard about Scott’s ongoing patterns of mismanagement and unethical behavior. While the situation needs more thorough research, I speak up now in order to halt the impending eviction of the residents of Camp Dearborn, which is slated for 2/20/16.

I do not expect you to take my word for it. What I’m begging you to do is to halt the eviction proceedings while the situation is adequately researched by a respected external observer, and conduct a capacity study which examines Nickelsville’s leadership, governance, and management, and makes recommendations to the city on ensuring city funding is used wisely and ethically in these camps. For my part, I am committed to continuing to collect oral testimony and to document camp conditions until positive changes are made. I recuse myself from consideration for any paid work arising from the investigation.

In a camp meeting on 1/31/16, Scott stated, “Sure, I haven’t always been nice, but I get the job done.” I would like to question that. First, it is not clear to me that the camps are being well managed. Second, it is my belief that treating people like human beings is foundational to working ethically with oppressed and marginalized populations. It is not an optional frill. The worst part of homelessness is not the physical deprivation but the social and emotional deprivation. Homeless people are frequently dehumanized and treated as “less than.” They need a safe place to sleep at night, but they ALSO need to be treated like human beings that deserve a safe place to sleep at night.

Scott habitually shames and punishes camp residents who stand up to him and disagree with him. Often, he does so in nonverbally or with passive aggressive voice inflection that makes it difficult to document on papers. Here are some examples:

• In a public meeting, Scott distributed a 38-page photocopied handout. Later in the meeting, a camp resident raised his hand and asked a question. Scott replied, “you could have read it in the handout…. if you could read.”

• A resident told me, “When I spoke up about the drugs in camp, Scott told people I was a drug dealing scumbag and not to listen to me. I don’t even do drugs. I don’t deal drugs. I don’t like being around drugs.” The informant then paused, teared up, looked at the ground, and said in a much quieter voice: “Also, I’m not scum.”

• A camp leader, in a meeting: “Scott needs to stop treating us like idiots and garbage…. We just want accountability. Sometimes people get burned out, or overly aggressive. Not everyone notices when they are being an a**hat. When I’m being an a**hat, I get held accountable. Everyone needs that.”

• An elderly resident told me: “I wish I could talk to you but I can’t because Scott will take away my Porta Potty and I really need it.”

One by one, these incidents seem small, but as a persistent pattern of behavior, they contribute to a dysfunctional system that does not empower people for success. He routinely discredits people who speak up against him by making up untrue and unkind stories about them.

I know that this is an ugly situation that few really want to deal with. It would be much easier to shove it under the rug again. Helping homeless people is complex and difficult and painful, and it is easy to get overwhelmed and throw up our hands. But we need to help anyway, because it is the right thing to do, and once you are doing something you might as well do it right. It is not actually that hard to be both competent AND kind in nonprofit management; it is not as if we have to choose one over the other. This is a fixable situation, and we should fix it now before it spreads to the new camps.

I wish you could have been with me at Camp Dearborn last Thursday, 2/11/16, when they voted to uphold their stand and occupy the site rather than give into the ultimatum of accepting Scott back into the camp. They shared with each other their stories and fears, talked about how much they had to lose, and in the end voted 13-2 to stand up to Scott. The clear message was: our survival needs are important, but our dignity as human beings is important too, and we are tired of being asked to trade our dignity for our survival.

I hope you will join me in listening to the campers themselves, and bear witness to their testimony. Please do not punish the residents of Camp Dearborn for speaking truth to power, and halt the eviction proceedings. We need an external nonprofit management consultant to research these allegations and make recommendations for positive change.  I believe that if a capacity study is done on Nickelsville, the researchers will recommend new leadership and accountability procedures.