Testament of a Homeless Camper

Below are comments sent to me by someone who wishes to be known only as “A Victim of Scott Morrow.” This person stayed intermittently at two of Mr. Morrow’s roving “tent city” homeless encampments starting in 2011. The camps were both located outside the Seattle city limits. I have heard many similar stories over the years, but I do NOT vouch for the truthfulness of this particular testimony. I have removed specific details for privacy reasons. –David Preston

H.A. was at Tent City 3 & 4 at different times. She was put into her own tent alone at Tent City 4 for trying to “tent hop” with the boys too often.

I was at Tent Cities before. I saw how she and her friends would make up any reason to kick homeless people out on the grounds that they did not cater to her whims. She sells food stamps and smoked a lot of pot before it was legal. She would always live in the fantasy that she was [of a certain ethnicity] and a rock star. She was Scott Morrow’s insider when he was not there.

Scott Morrow structures his camp schedules to make it very hard for people to get into a good job. He requires weekly meetings, 3 or more 3-hour details in a week called “securities” and whenever a person in charge feels like punishing you they tell you to work a security shift with no advance notice. Too bad if you needed to be somewhere else. Do that shift immediately or get kicked out. Several campers would steal from other tents while working the EC desk (short for Executive Committee). Lies were reported on people and then they were kicked out. Their belongings were stolen or trashed.

There is mandatory fundraising to the homeless campers every year. For 3 months in summer you had to buy a gift card for 25.00 each month or get an agency to donate 100.00 or more. There was a camper named M.B. (aka _____) who would raise $ 2,000 in donations each year he was there. If you failed to fund-raise you were out. The forced community service was doing legal meetings, grant writing for fundraising, or forced church attendance. Even atheists and non-Christians were forced to do those things.

A bunch of campers that left are on Facebook as Happy Campers. They have share/wheel core values but not Scott Morrow as a fat fake mafioso to yell at them. They focus on working and community service.

Thanks for letting me tell you my part of the story. 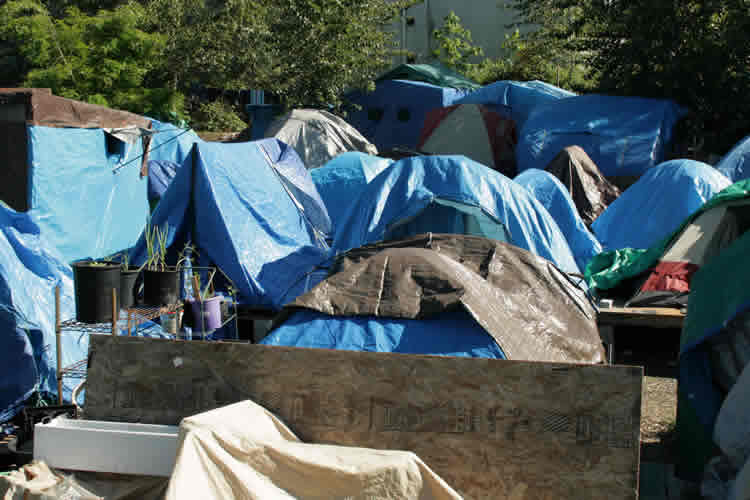