Readers of this blog will recall that I devote some of my time to discussing how journalists are manipulated – sometimes with their own connivance – by non-profit organizations and others who stand to make a buck from good publicity. This is a symbiotic relationship for all parties involved: Editors get good copy, readers get a warm fuzzy feeling, and the non-profits get donations.

Cracked.com is a leftist political commentary and satire site. I won’t smear it with the term “journalism” – though some of its readers seem to think it is just that. Hipster journalism. Last month, a friend of mine, knowing of my interest in all things fishy, pointed me to a piece Cracked did on one of the Nickelsville homeless camps in downtown Seattle. I was particularly interested to read it, since I am familiar with the camp and some of the events described in the article. I have covered some of them extensively on TBQ. Here it is: Cracked.com: 5 Horrifying Things

In late January 2015, there was a failed palace coup at Nickelsville, in which the camp residents attempted to vote the non-resident camp boss, Scott Morrow, out of his position. Those events are recounted, seven months later, to Cracked author Robert Evans by an inside source named Heather:

But let’s not pretend that several dozen destitute addicts will spontaneously form a utopia. For instance, several former Nickelodeons spoke of an infamous coup by a meth-smoking clique that once took control of the camp. According to Heather, a former resident, “There were new people, and the new people that came in all voted together and took the top three positions.” This new ruling clique successfully banished their opposition from the camp like Mad Max Beyond Thunderdome. They spent several happy days smoking meth in their tents and ruling Nickelsville, until the land owner threatened to kick the whole camp off his property, which would have seriously (and maybe permanently) fucked up a lot of people’s only place to stay.

I think I know this Heather, but more on that in a bit. For now, let us compare Heather’s account with a more contemporaneous account of the same event in the Seattle Times:

Anthony Jenkins and Lisa Hooper, two current Nickelsville residents, said they voted against [camp manager Scott] Morrow because he had been threatening to take away resources, such as portable toilets, over a disagreement. Remaining residents are in talks with a different church and are hoping for an opportunity to operate Nickelsville themselves, Jenkins said.

“We just want a chance,” said Hooper, sitting inside the encampment’s tent kitchen Friday. “We can do this effectively.” 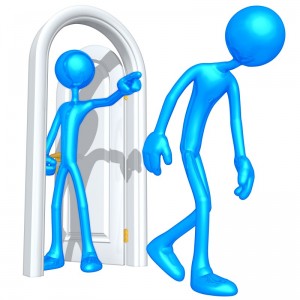 Note how the Cracked source, Heather, does not say anything about Mr. Morrow in connection with the palace coup. She does mention Morrow later in her remarks (see below), but in a very different context. Unfortunately, even the Times piece doesn’t tell us the nature of the “disagreement” between Morrow and the Nickelsville residents, the squabble that Morrow allegedly used as pretext for taking away the camp’s portable toilets.

Back to Heather’s version of the coup: that it was just a few meth-smokers trying to take over. It seems unlikely that a few drug-addled cronies would have the wherewithal to force the 60-plus residents to bend to their will. And it beggars belief to claim that such people would be willing to meet with a Seattle Times reporter to discuss the matter at length. I would have liked to hear Mr. Morrow’s response to Jenkins and Hoopers’ charges against him, but Morrow was not asked this question by the Times reporter, and when I tried to contact him myself, he did not respond.

After being voted out of camp, Morrow and his cronies (including the pastor of the sponsoring church and the CEO of a large non-profit housing group) threatened the entire camp with a hasty eviction, claiming that the campers owed Morrow’s non-profit some $10,000 for expenses they had accrued. The campers then promptly reversed their vote and the anti-Morrow people were presumably expelled.

The Scoop on Scott Morrow

The Cracked.com piece does refer to Scott Morrow, but in a much different connection. At the end of the article, in a discussion of moving the camp to a new location, Cracked describes Morrow as a “former resident” and “a homeless person who’s moved on” (see below). In fact, Morrow has not moved on from homelessness, because he’s never been homeless. He is the long-time boss of the downtown Seattle Nickelsville and two other homeless camps in King County, as well as several small shelters around Seattle. He controls two housing non-profits that between them take in well over a million dollars in taxpayer funding and private donations each year, and he has influence over a third organization he co-founded in 1991, the Low Income Housing Institute, that controls tens of millions of dollars worth of prime real estate in downtown Seattle. (The CEO of LIHI, a woman named Sharon Lee, came to Morrow’s aid during the January 2014 power struggle at Nickelsville. She claimed that the campers owed her money too, and if they didn’t accept Morrow as camp boss, they’d have to scram.) Morrow has longstanding political connections in government, going all the way up to Washington state’s powerful Speaker of the House, Frank Chopp. Yet to hear Cracked.com tell it, he’s just another ex-homeless dude who has stuck around to help. Out of gratitude, presumably:

And, as with everything else, the logistics of these [periodic homeless camp relocations] are worked out by volunteers, usually current and former residents. In the case of Nickelsville, it’s a former resident named Scott and his partner, Peggy.

According to Heather, “They would search for the places, set up fundraisers, do paperwork. They would do the things that nobody else could do.” Scott has, in fact, been organizing the moves and finding Nickelsville new land for something like 20 years. He hasn’t been homeless for most of that time, either. Scott and Peggy are two who moved on, improved their situation, and decided to keep trying to make a difference.

The Peggy mentioned above is Peggy Hotes, a retired school teacher who owns a home in the pricey Seattle exurb of Bellevue. Hotes co-manages Morrows constellation of homeless camps. Like Morrow she has never been homeless herself.

The claim that Morrow and Hotes are formerly homeless people who have “moved on” is simply not true. Heather’s characterization of Jenkins and Hooper as meth-heads is a slander, and Cracked.com’s failure to mention Morrow’s actual role in the power struggle of January and the camp at large is either some of the world’s laziest reporting (I won’t dignify it as journalism) or a deliberate misrepresentation. I contacted the author, Robert Evans, and filled him in on the background to the Nickelsville rebellion, inviting him to follow-up with me for more details. I sent him the link to the Seattle Times story and suggested that he either pull the Cracked article or do a clarification. He didn’t respond and, as we see, his article is still up there, without any addenda.

If you’d like to contact Mr. Evans, his e-mail is Revanswriter@gmail.com. Tell him The Blog Quixotic sent you. While you’re at it, ask him if he actually visited the camp.

Despite its patented uber-satiric hipster tone, the Cracked.com article on Nickelsville is likely a either a full-on plant or a manipulation. And when I say manipulation, I mean in the sense that Mr. Evans was vetted and his access to the camp was controlled to ensure that he saw and heard (and wrote) only what camp boss Morrow wanted him to. Think of a mainstream media correspondent “embedded” with the troops in Iraq. The stories these reporters fed to their editors may have felt authentic to viewers back home, but they were little better than Pentagon press releases.

The Cracked.com piece has all the earmarks of a fake story generated to polish SHARE’s image:

Whether the Cracked piece is an out-and-out plant, it’s certainly not an objective or in-depth look at the complex and multi-faceted problem of homelessness. It’s too bad that thousands of people will come away from this story thinking they now know more about homelessness than they did before. When in fact they know less.

Postscript: A word about “Heather”

I believe I know the Heather who helped Cracked.com write their story. I met her in the Nickelsville camp at Marginal Way in the summer of 2012 and worked with her on a writing project about her experience as a homeless person. That Heather was an articulate and engaging person, but it soon became clear to me that she suffered from untreated psychosis. She had paranoid delusions of people both in and out of camp plotting against her. Months later I saw Heather on TV, glassy-eyed and stiff, testifying on behalf of Nickelsville at City Council meetings. Seeing her like that, I understood how easy it would be for someone to manipulate her. Here was this young woman: homeless, sick, and frightened out of her wits. How hard would it be to plant a narrative (“the rebels were a bunch of drug addicts”, “Nickelsville needs more money”) into the mind of someone like that and then have them spout it back out on cue?

Where in the World is Monica Spain?

Reading the Cracked.com love letter to Nickelsville reminds me of another faux news story that came out about two years earlier. That piece was penned by someone working for SHARE (probably Peggy Hotes) and then distributed to a Seattle news outlet under the pseudonym “Monica Spain.” When I asked the news director to hook me up with the Ms. Spain, she refused, citing privacy issues.  Hm. A journalist with a wacky name and no return address. Sounds legit . . . Story here: 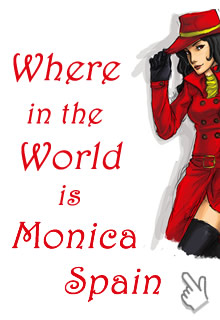 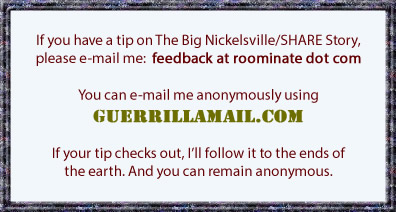