Intellectual dishonesty is when someone catches you out in a misstatement or fallacious argument but you refuse, in spite of the evidence, to admit you were wrong. That’s what happened here, with a Facebook post from Occupy Democrats. 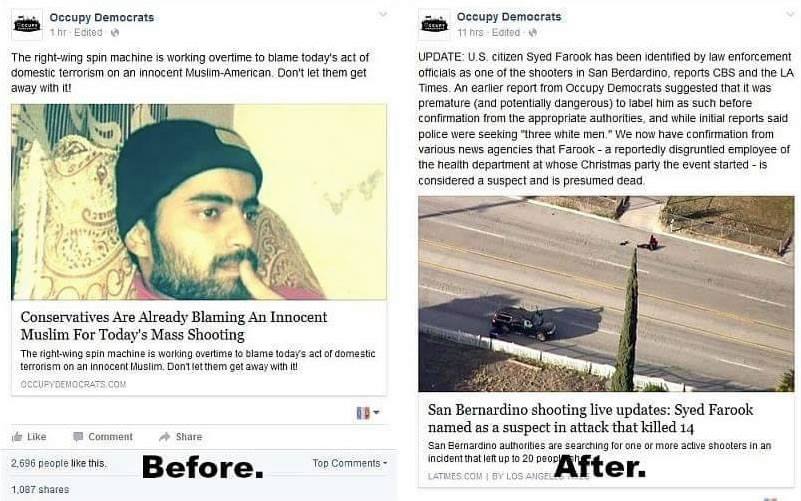 The Before and After view of Occupy Democrats’ take on the San Bernardino shooting.
[Click to enlarge the image.]

Early reports on the identity of the San Bernadino shooters were hazy. In response, OD jumped the gun, declaring not only that the prime suspect was “an innocent Muslim” but that those accusing him just wanted to slander Muslims. Their post was liked by at least 2,700 Facebook readers and shared by over 1,000.

When OD’s claims turned out to be false – read an in-depth New York Times story on the shooters here – they took down their post. However, they did not issue a retraction. Instead, they changed their tune, claiming that in the first post they were merely concerned about a presumption of innocence. But the way I read that first post – which is how I think any reasonably objective person would read it – is that OD mostly wanted to embarrass conservatives, whom they had already decided were guilty of Muslim-bashing. So much for the presumption of innocence.

I contacted Occupy Democrats on December 6, 2015, asking for comment. They did not respond. Their e-mail is OccupyDems@gmail.com if you’d care to send them a note on this or just to let them know you read this story. 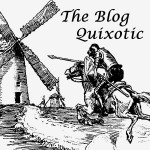