Where to now, Robin Hood?

Here’s an interesting segment from today’s Dori Monson’s show on KVI radio in Seattle. In this bit, the host is talking about how Seattle’s class divisions are paradoxically widening as a result of the city’s Robin Hood-like efforts to help the poor. He’s comparing our city to San Francisco, which has undergone a similar evolution, only sooner. While much of what Monson says is clearly hyperbole, there’s enough truth in it to make you wonder: Seattle has been throwing money at the homeless problem for years now, but it seems like there are more homeless than ever. So perhaps we should be asking ourselves some questions.

What is the yardstick by which we measure our success or failure?

Where are the standards by which we judge whether we, as a city, are doing more or less than our fair share?

Listen to Monson’s Segment on Downtown Seattle by clicking HERE.

Photo below by David Preston, taken near his home in Highland Park. 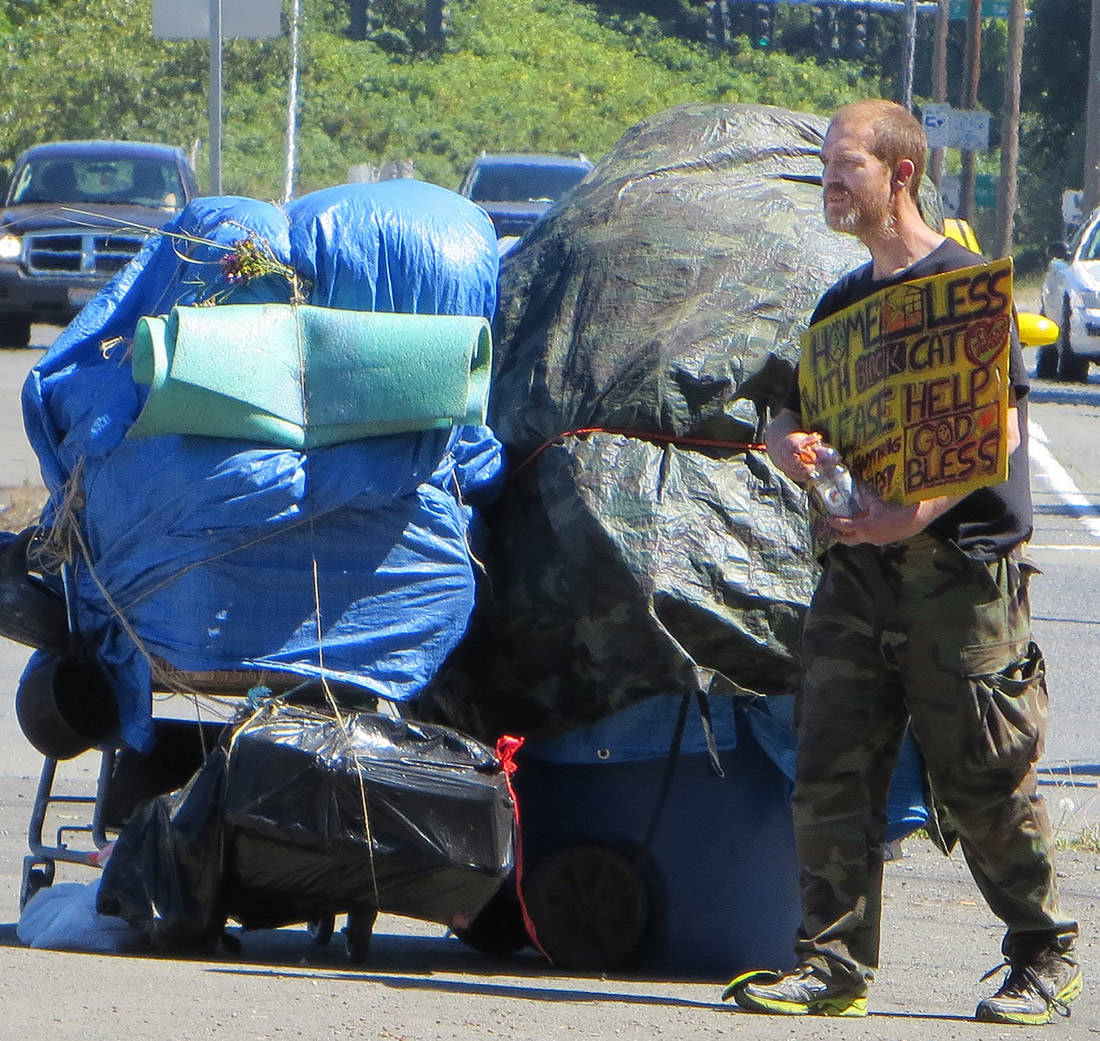 P.S. I know this guy, and that’s why I’m not identifying him by name. He’s a good guy, but I know for a fact that he doesn’t want to work, even though he can.