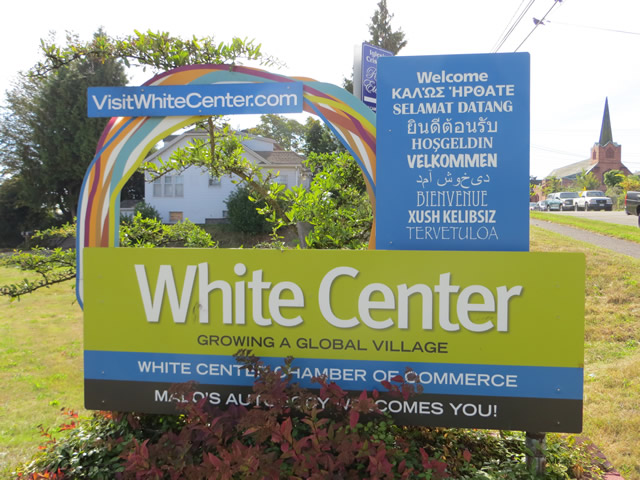 Here’s an at-a-glance look at medical marijuana (MMJ) dispensaries in one neighborhood of Seattle. All these pictures were taken in a four-block radius around the main drag of White Center, a poor and working-class suburb to the immediate south of Seattle. (See Google map below.) Traditionally associated with crime and squalor in the mind of her higher-brow neighbors, White Center saw a brief renaissance in early 2000s, but that has since died down, and squalor seems to be getting the upper hand once again. Sitting at a booth in one of the hipster eateries and boutiques of a dreary afternoon, one can see a procession of junkies, winos, and small-time hustlers shuffling by on the pavement outside.

For more analysis, read the text that follows the photos. 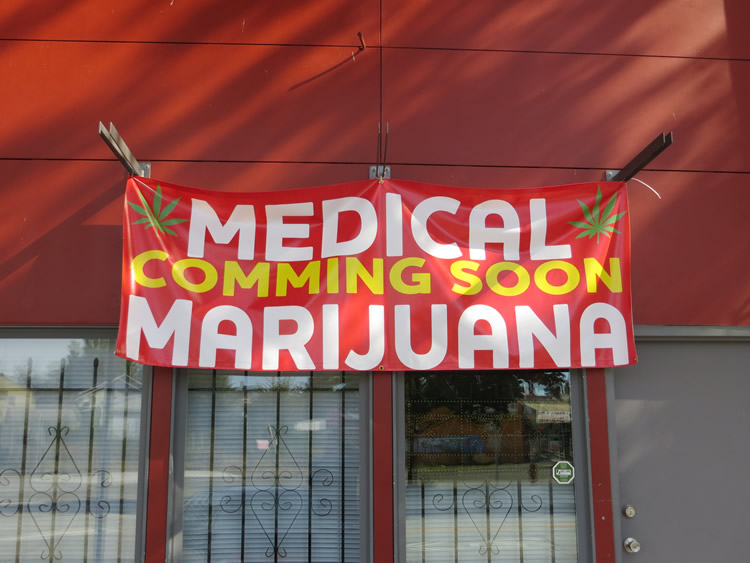 “Comming Soon”: This place used to be a beauty salon. It is now open for business. 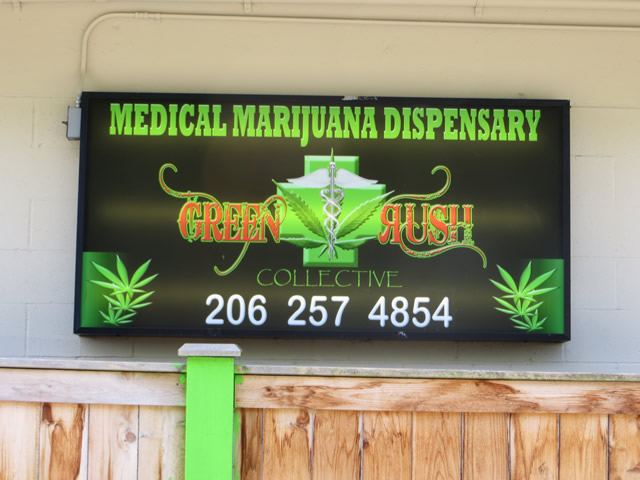 Green Rush: This was formerly a payday loan shop. It sat vacant for two years before the MMJ shop moved in. The MMJ has changed hands at least once. It is one block from an in-home daycare. 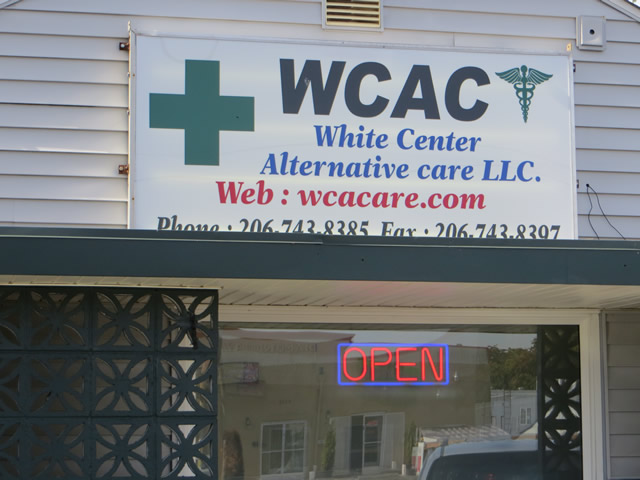 WCAC: This was formerly a self-serve dog washing business. 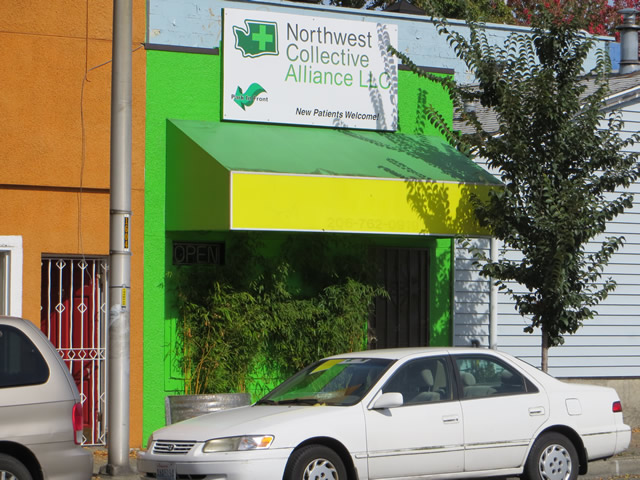 Northwest Collective Alliance: This was formerly part of a tailor shop.

Washington Cannabis Collective: This was the “Cambodian Genocide Museum.” 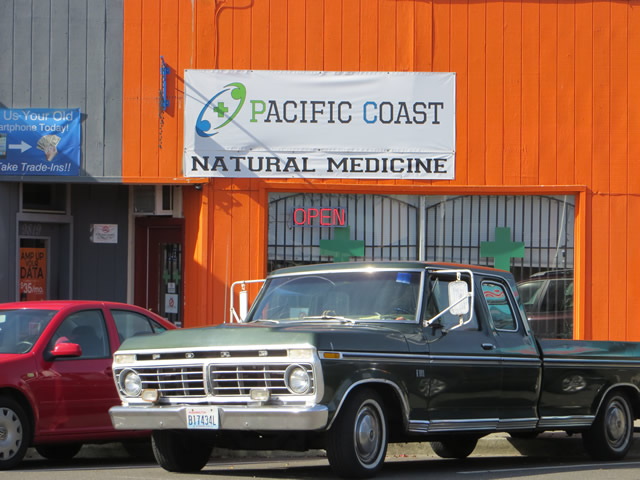 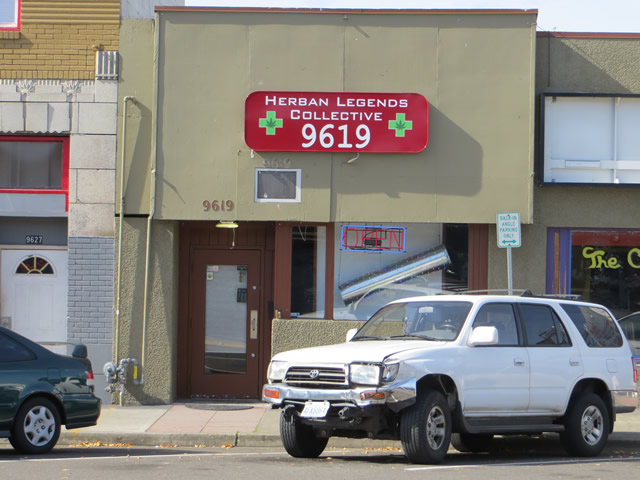 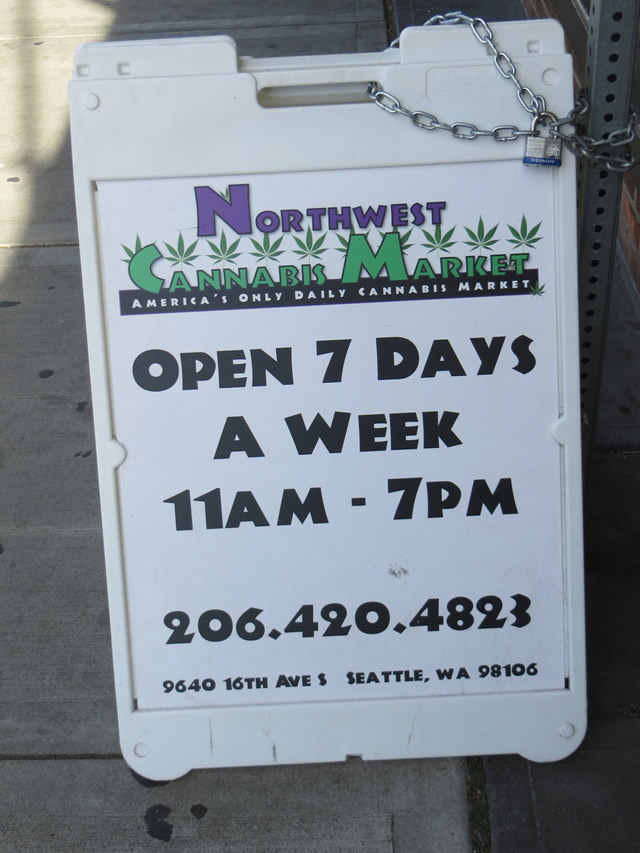 Northwest Cannabis Market: This was a pool hall. 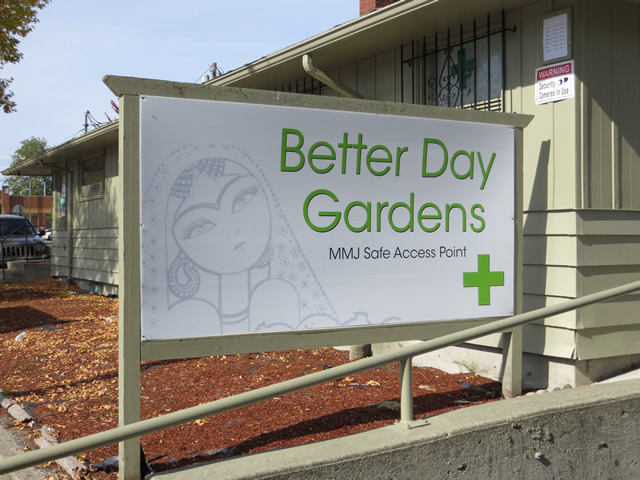 Better Day Gardens: This location was formerly part of a medical clinic that specializes in certifying the health of immigrants who are applying for resident alien status. The “clinic” is still in business. This place gives off a vibe of go-round-the-back-knock-three-times-and-ask-for-Charlie. On the doorway, I found the following warning to trespassers posted: 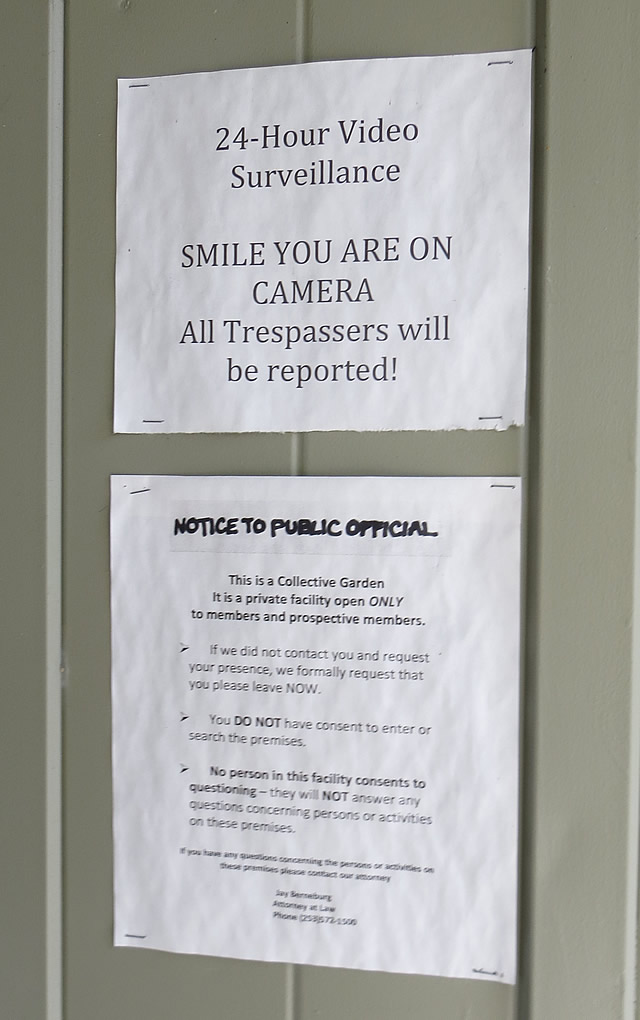 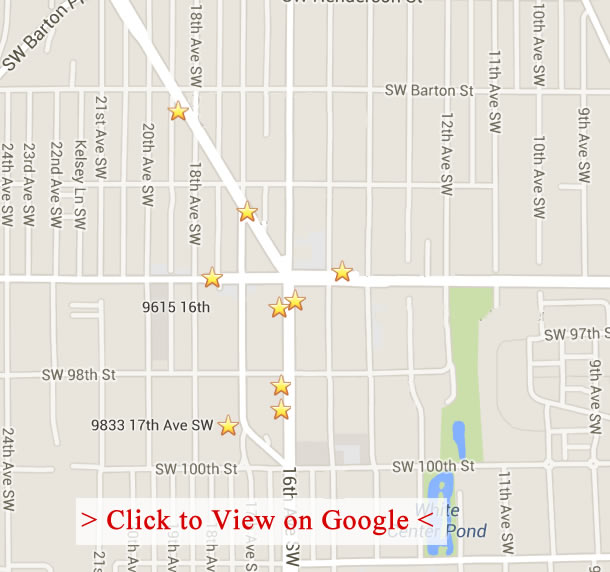 A Google Maps view of downtown White Center showing where the MMJ shops are.

If you click into this view on Google maps, you’ll see that the White Center business district is quite compact. The neighborhood surrounding this area is residential, and there are several schools and day cares in the vicinity.

In 1998, Washington State voters approved the use of marijuana for medical purposes. Fourteen years later, in 2012, they passed another initiative legalizing marijuana for recreational purposes as well. Recreational marijuana (RMJ) was passed on the strength of proponents’ arguments that the state would reap a tax windfall from the sale of legal pot. There was a problem with this claim, however. Hundreds of medical marijuana shops were already doing business around the state by 2012, and since medical marijuana, being untaxed, was so much cheaper, and so easy to get – all you need is a card from a naturopath saying you’re in pain – it soon became apparent that there would be no windfall from RMJ . . . if the medical version wasn’t taxed at the same levels.

Realizing the problem, the City of Seattle notified medical dispensaries within the city that they would have to obtain a city business license, which will subject them to the same taxation requirements as retail marijuana shops. Or they would have to close. The grace period each MMJ shop has in which to comply with the law depends on when it began operations. MMJ shops open before November 16, 2013 have until July 1, 2015 or January 1, 2016, depending on action by the state legislature. Shops that were opened after that date – which would be the majority of shops in the White Center area – are supposed to close immediately, according to the letter, which you can read by clicking the picture below: 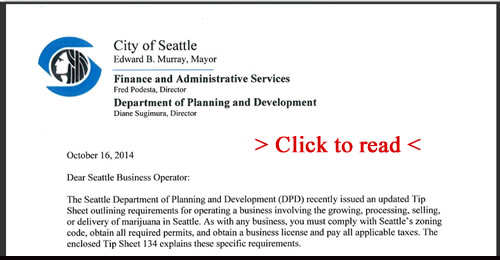 The most recent version of this letter was sent to Seattle MMJ shops in mid-October, but when I did a walk-through the last week of November, these shops were all still open for business.

I’ll be following up with the City and the State authority on marijuana sales (the Washington State Liquor Control Board) to determine what steps they plan to take next. I will post that information here, as I get it. Things are very much in flux right now, as I’ve been told. 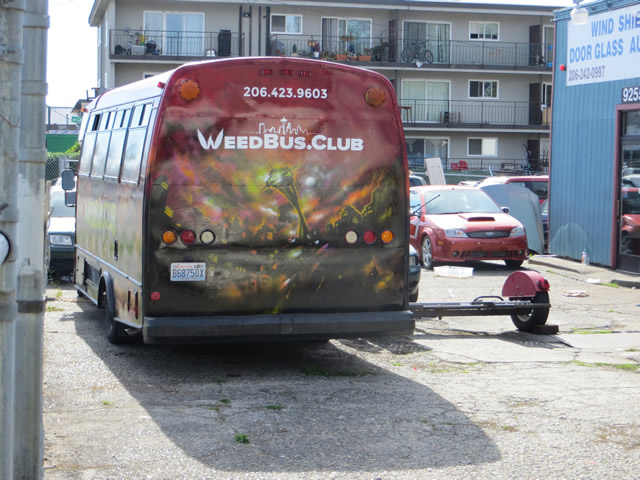 1 Response to Weed Wars: Medical vs. Retail Pot in Seattle