This article is supposed to be about the City of Sammamish’s decision to impose a moratorium on tent cities, but it clearly reads like a puff piece. Discussion of the moratorium itself is limited to a single paragraph at the end, which contains no direct quotes from council members, but which summarizes the Sammamish City Council’s majority position as being that the city needs a breather so they can develop a permanent process for welcoming (!) homeless encampments.

That’s it. That’s all we’ve learned about the moratorium, after reading a 375-word article with the word “moratorium” in the headline. There’s no mention of TC4’s long record of disregarding zoning and public health laws or the fact that the camp split into two groups after the leadership (SHARE / Scott Morrow) refused to go along with sex offender spot checks. See here.

Without that background information, the Sammamish City Council’s decision to impose a moratorium is absurd. If there are no problems with TC4, then why the moratorium? Can’t Sammamish work out a process for “welcoming” homeless people without kicking them out?

At the end of last week it looked as if Tent City 4 might extend its first stay in Sammamish at another one of the city’s churches. Good Samaritan Episcopal Church had unanimously approved taking in the homeless encampment after its 90-day stay at Mary, Queen of Peace expires Friday.

But Tuesday night — a day after Good Samaritan announced, without explanation, that it could not take the encampment after all — the Sammamish City Council approved an emergency six-month moratorium on homeless encampments.

–but then those flags are unaccountably ignored. For instance, why did Good Samaritan announce “without explanation that it could not take the encampment after all”? That is the first question that would occur to a thoughtful reader. Why didn’t the Times at least follow up with Good Samaritan for a comment? (Or did they follow up but decide not to print the answer?)

Did the Times look into TC4’s troubled history, or follow up with any of TC4’s neighbors? How about the police?  –Nope. Nothing. Following standard procedure, Times writer Alexa Vaughn flits over anything of substance and proceeds on to the standard plight-of-the-homeless pitch: homeless people worried about where they’ll go next, citizens falling all over themselves to help, a local celebrity volunteers to buy everyone at camp a meal.

Go ahead and have a good cry, everyone.

Interestingly enough, there was a second article by Ms. Vaughn following on the heels of the first. Two days later, on the evening of January 17, 2014, she wrote:

Tent City 4 will set up shop on State Parks land for the first time in its 10-year history, starting sometime in the next week. The encampment of 40 to 60 people started breaking down the tents in Sammamish today — the last day of the camp’s 90-day permit to stay in the city — and headed for the Hans Jensen group camp on the north end of Lake Sammamish State Park. Tent City 4 has been a target of many Eastside critics since a sex offender was found in the camp by undercover police at the end of 2012. Its reputation was further damaged this week when the King County Sheriff’s Office revealed that it had arrested a 38-year-old man near the camp who claimed to have sold methamphetamine to 12 residents the day he was arrested last Thursday.

Meth was also found on a man the camp ejected after he visited the Sammamish police station himself. The camp ejected eight members in all after the arrests.

In contrast to the first article, this second one is so critical it’s hard to believe the two peices were written by the same person. The second piece does discuss TC4’s problems with sex offenders, and it does mention the fact that the camp has its critics in the areas where it has stayed. It then goes on to give us details on a recent methamphetamine bust that implicates the camp (and by extension, camp management) in systematic drug activity (which is nothing new for a camp run by Morrow / SHARE). Gone from this piece is the how-you-can-help tone of the January 15 puff-piece; in fact, the only tidbit along those lines is the reference to a cash donation ($6,500) that will tide them over for a while (until they can go back to Bellevue “legally”).

What a difference a drug bust makes, huh? At 535 words, this second article is half again as long as the first, but it contains much more useful information, and it doesn’t raise any red flags that are then left to flap in the wind. However, before we give the Times a merit badge for balanced reportage, consider the following:

¶ Ms. Vaughn’s second piece – the critical one, containing much more relevant info about TC4 – was published in the evening (7:46 PM).

¶ The critical piece was published online only, on the Seattle Times‘ blog. It was not published in print.

Would you like to see what was published in print, the next day? Without a by line? Here:

So we’re back to the lobotomized puff piece. And this one’s even in abbreviated format. (160 words.)

Nothing about TC4’s troubled past.

Nothing about the drug bust.

Nothing to suggest that there might be an organized meth operation moving onto state park land.

Just the same old feel-good story about homeless people being moved along and “scattered,” with a comforting bit at the end about some Good Samaritan doing his part to help out. Pay no attention to the man behind the curtain, folks. We reported on that story already. It’s dead. 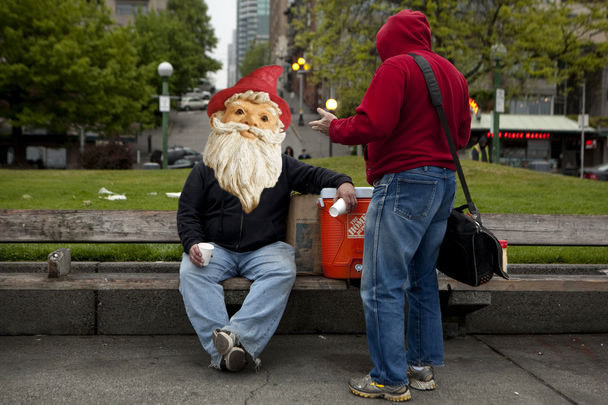 Do read the Seattle Times if you want to feel good about yourself and your city, even at the cost of some confusion.

And most important: Don’t rely the Times – or any other corporate news source – as your main source of information about homelessness. Or anything else. 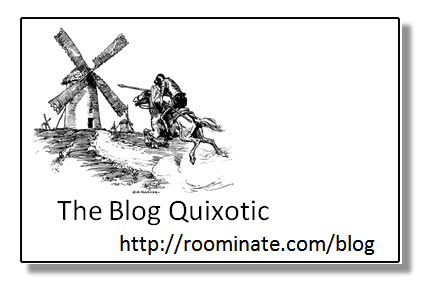