The Ecology of Failure

So one of my hot tippers calls me today and tells me I gotta get down to the bottom of Highland Park Hill, where the state DOT is cutting brush and clearing out some homeless people. So I rush down there with my cam-cam and discover that, sure enough, they’re doing a hatchet job on a green belt. I’ve seen these operations before, but never one this extensive. They had chainsaws, brush cutters, and a big-ass chipper. You can see in the pix below that they’ve cut down at least one big tree – a 10-inch paper-bark birch – and that they’ve pretty much cleared the ground near the road of all vegetation. As a result of this operation, the soil will begin eroding immediately. It’s ironic that the State spent a lot of money planting this area some 20 years ago just to make it look nice and to provide habitat for animals. Now that’s all being undone. 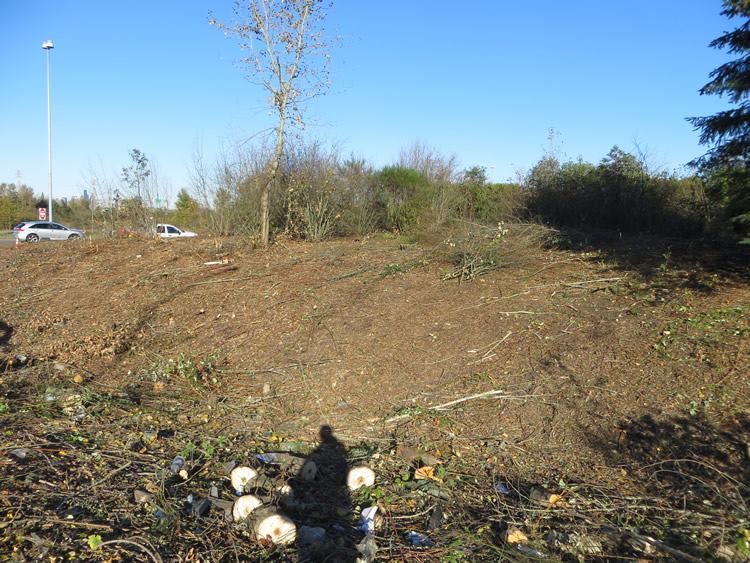 Brush being cut near former site of Nickelsville homeless encampment.

So why is this happening? Is it the economy? Is it those bad old 1%ers? Oh hell no! This is happening because of a series of ongoing mistakes by Seattle and King County public officials.

Three years ago, a homeless camp calling itself Nickelsville moved onto public land just two blocks away from this site. (The camp was named for Seattle’s then-mayor Greg Nickels, whom the camp operators despised for daring to resist them.) Although Nickelsville purported to be a democratically run self-sustaining “eco-village” it was in fact an unsanitary eyesore that was run by a single man and his girlfriend, neither of whom were poor and neither of whom lived at the camp. The camp bosses at Nickelsville regularly exiled individuals from the camp for infractions great and small. Unfortunately, when people were evicted, they didn’t go far. Often they simply walked across the road and set up shop in the nearest green space, as you see right here. When Nickelsville was finally evicted by the City last year, dozens of hard-core “Nickelodeons” fled into the woods, refusing all offers of housing assistance from the City.

Not surprisingly, drug use has been rampant in the woods around the old Nickelsville site. Sanitary conditions are even worse than they were at Nickelsville, and that’s saying something.

Periodically, City authorities will sweep through with a “bag and tag” operation. In a bag-and-tag, the cops give everyone written notice to vacate (see photo). Then they bag up all the shit that’s left after moving day and throw it away after 2 weeks if it’s not claimed. Before a sweep, the City will send out social service workers to contact everyone who’s living in the area directly and tell them they’re gonna have to leave. The city workers will offer support services to the squatters (motel stay vouchers, referrals to shelters, medical info) but the squatters are free to decline. And they usually do decline. Or at least, that’s what city officials tell me. 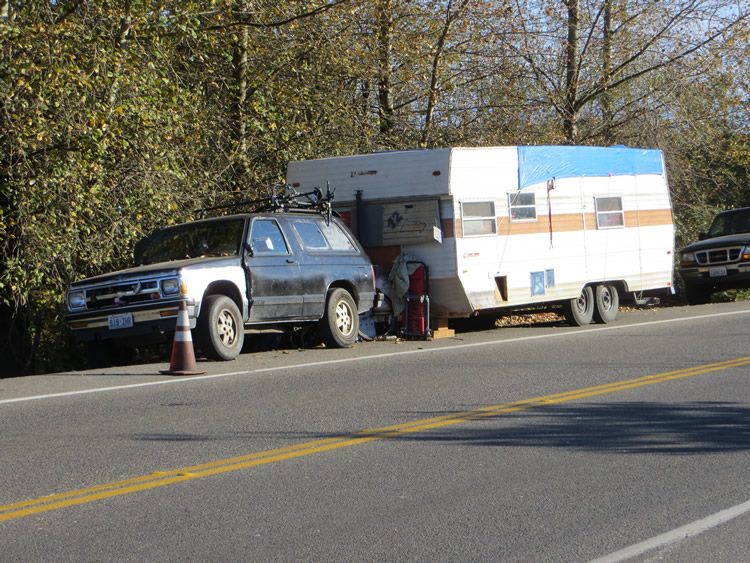 A trailer that’s been used as a temporary domicile for one or more people sits on the roadside nearby.

Depending on the site, work crews may then come in and cut trees and brush, to deny squatters the ground cover they like to hide in. You can see from the pictures what effect this is having on the ecology . . . but when I say “failure” I’m not really talking about homeless people. I’m talking about government. Specifically, I’m talking about a government that has been unwilling or unable to stand up to the people who run Nickelsville and to the politicians who help them. And I’m also talking about citizens, citizens who have let themselves be bullied or guilt-tripped into thinking that there is no other choice but to put up with drifters and drug addicts squatting on public land. 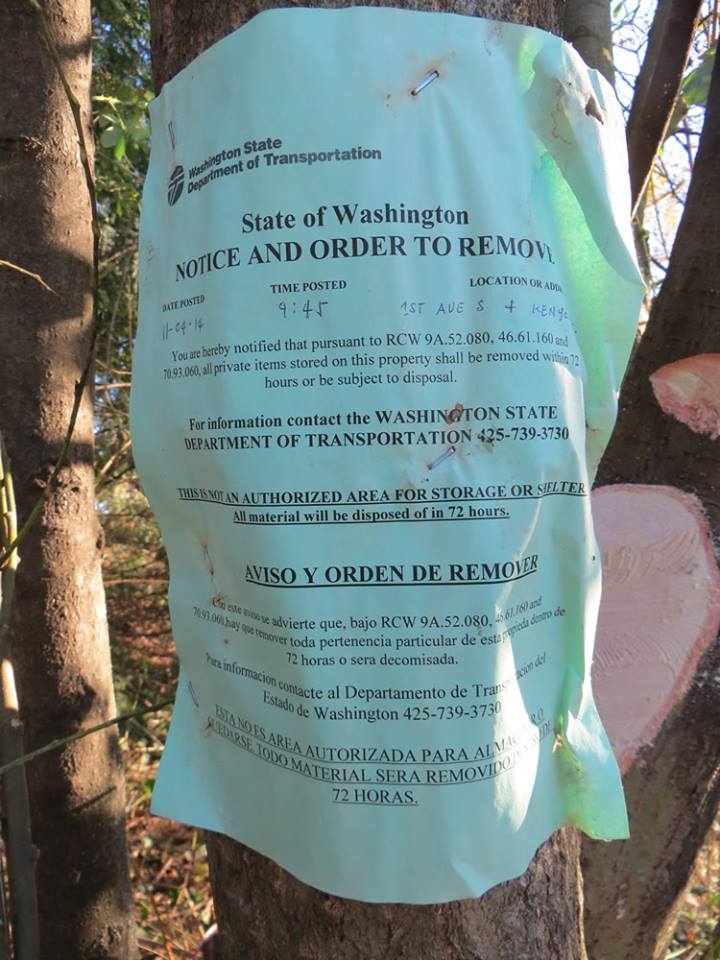 Notice to Vacate signs posted by Seattle City workers let homeless people know that will have to leave by a certain date.

Fortunately, things are beginning to change. I’m fighting, along with a small but growing number of concerned people, to put a stop to this practice of naive tolerance. Hanging out in the woods is not a valid lifestyle. Homeless people need to accept City services when they’re offered or leave. And so-called homeless advocates need to stop pushing the City and County to allow (read: encourage) more encampments and squatting on public land. That is a dead end, any way you look at it.