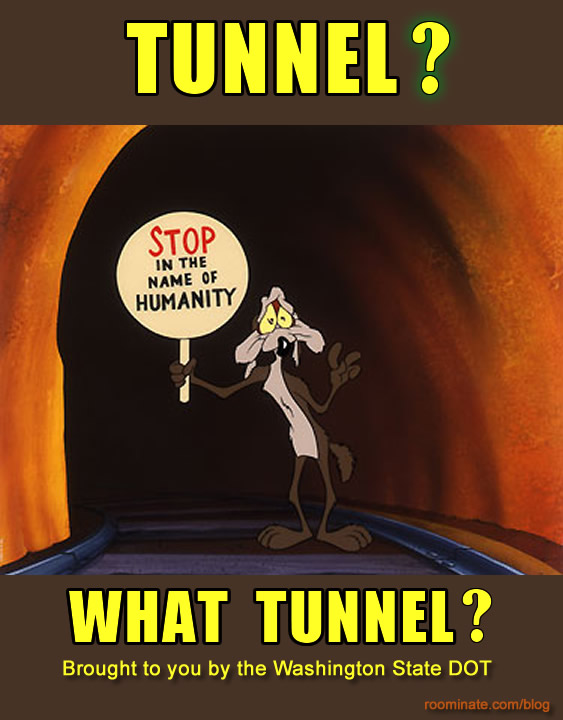 “The world’s biggest tunnel-boring machine, nicknamed Bertha — which hit a pipe and was damaged in mid-December after only 1,000 feet of excavation — is down there in the dark, awaiting what may well be the world’s biggest industrial rescue operation.”

–Oh fuck! Can you believe it? They were digging a billion-dollar tunnel and . . . wonder of wonders . . . the tunnel machine bit into a PIPE and choked. Now who would’ve expected to find something like that buried down there. Of all the crazy things! A pipe!