I want to laugh at some of my liberal friends here in Seattle, railing against big corporations influencing their vote, and then, the week before an election, they’ll go to the Seattle Times or The Stranger (“Seattle’s Only Socialist-Capitalist Newspaper”) looking for the sections that says: “Here’s how you should vote . . .” Ha ha ha! 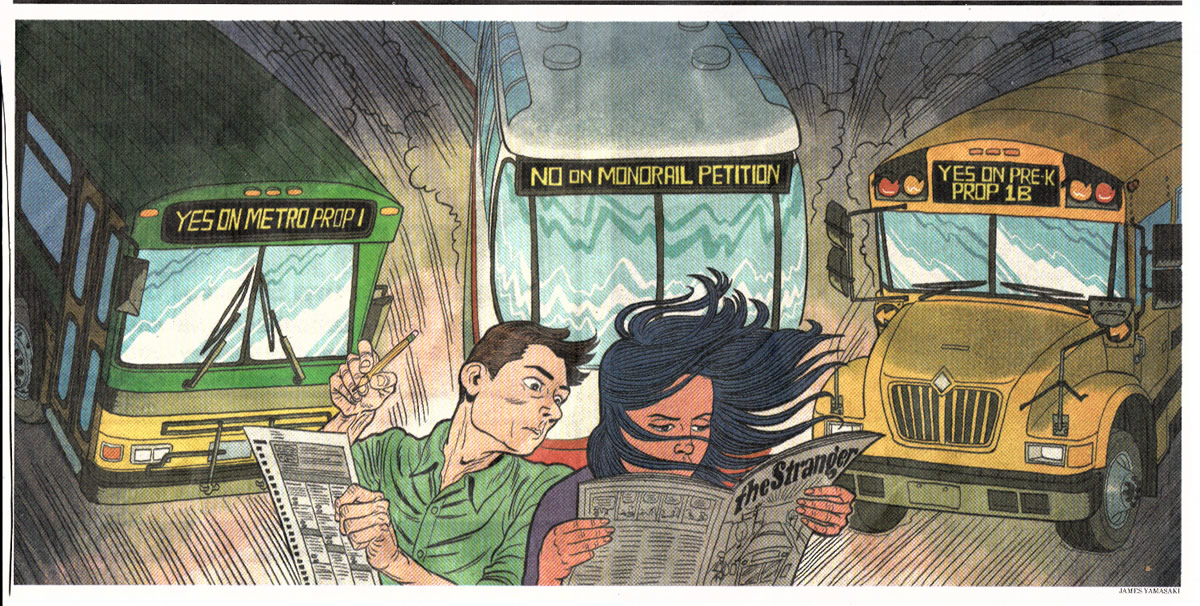 Wanna be a unique individual in Seattle? Then read the Stranger. Just like everyone else.

Excuse me, my liberal friends, but were you under the impression that the Seattle Times wasn’t a corporation? And what about The Stranger? Did you think they don’t have to suck a little corporate pee-pee now and then? Yeah, it’s a “free” paper, but who did you think pays for it to be printed up by the thousands and dumped at every corner restaurant? The Parks Department maybe? No, sillies! It’s advertisers. Advertisers pay for The Stranger, And those advertisers influence the paper’s editorial position, too, naturally. For instance, there’s a whole ad section in The Stranger just for cannabis ads. Can you guess where the Stranger stood on legal marijuana? (They only ran like a dozen front-page stories endorsing it.) There’s also a page full of ads for hookers at the back. So . . . wild guess . . . where do you think The Stranger might stand on legalized prostitution? 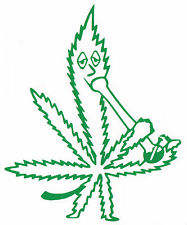 Stranger staffers regularly take hiatuses to support liberal political campaigns. Sometimes politicians will even hire these staffers after they get into office. I guess that’s their way of saying of “Hey, thanks for the support.”

The Stranger makes no bones about what they’re doing. Elections are complicated, after all. Much too complicated for them to be able to give you the whole story in a two-page spread. But why waste all that time reading up anyway, when The Stranger’s already done all the reading – and thinking – for you? Just sit back, take a bong hit, vote the way they say, and everything will be allllll right.

Ssssssssssss!!!! [Cough cough cough] Hey! I think I feel a buzz coming on.

The Seattle Times does exactly the same thing as The Stranger, of course, and people should be leery of the Times‘ campaign endorsements for exactly the same reasons. Unlike television, print media still has a certain gravitas attached to it; when people see something in writing from an established newspaper, they tend to give it more credibility. They should not do that, though.Newspapers should never endorse candidates or issues. If they want to host debates and do stories and analysis, that’s fine, but beyond that they should never venture. Moreover, alongside their analysis, they should always be candid about how any particular campaign could affect the newspaper’s shareholders, private owners, or advertisers.Example: Several years ago, the Times came out strongly against a proposed state income tax on people with an income over $250,000, saying it would be bad for the state. OK, maybe the tax would’ve been bad for the state, maybe it wouldn’t. But this much we know . . . it would’ve been bad for the owners of the Times personally, as well as owners of many local businesses that advertised in the Times. So the Times should’ve come out and admitted that up-front in a big bold disclosure statement. Then voters could decide for themselves whether Times coverage of the initiative was “fair and balanced.”

Read the Seattle Times’ warning against a state income tax HERE. (Never mind that it’ll affect them personally. I’m sure that didn’t affect their judgment.) 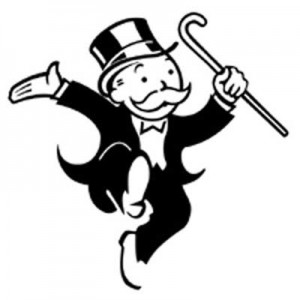