The Friends of Mike McGinn

The WA State Public Disclosure Commission
N.C. & N.H., for their devotion to public service
J.R., for her amazing secretarial skills
Scott St. Clair, for his inspiration
The people of the Great State of Washington, for RCW 42.56

The many, many Friends of Mike McGinn

Friend of the Day: Seattle Aquarium 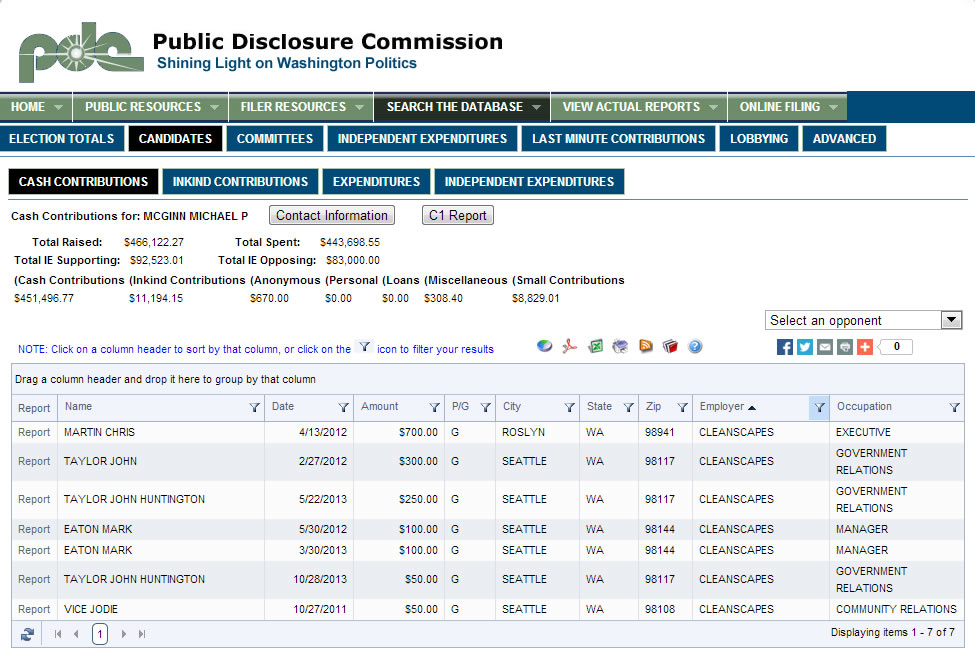 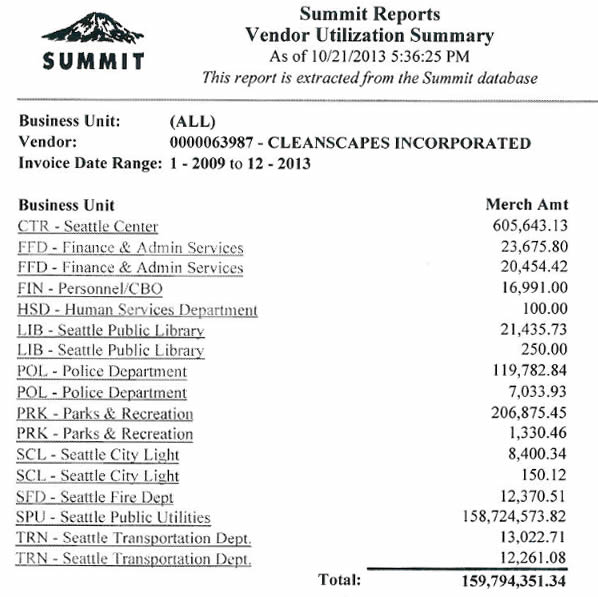 Several months ago, before the Seattle mayoral primary, I posted a spreadsheet on Mike McGinn’s re-election campaign, current as of July 4, 2013. That document combined two sets of info. First I did a raw-data download from the Public Disclosure Commission Web site. That gave me a list of basic donor info: donor name, employer, donation amount, etc. To that I added more info based on my own research. For example, if I could find a Web page suggesting some kind of connection between the donor and the City government, I put that a link to that page in my spreadsheet, and then I checked the box for “Does business with the City” or  “Gets funding from the City” depending on which (if either) of those two applied.

Most of the Web references I dug up on donors were merely suggestive. Many hinted that there might be a financial connection, but they usually didn’t come right out and say it. And even when they did, they rarely said how much money was at stake.

For example, I might see that an engineering firm had proudly announced, on its own corporate Web page, that the firm was proud to be “partnering” with the Seattle Department of Transportation, blah-blah-blah. But they almost never came out and said something like: “Holy Cash Cow, Batman! We just inked a deal for 10 mils!”

To get that kind of information, obviously, I would need to make a Public Disclosure Request. And I did so.

After wrangling with Seattle’s Public Disclosure Office for a few months, I finally got the exact info I needed: An itemized list of  how much business (if any) each of these donors was doing with the City. Or how much they were getting via grants.

I think you’ll agree that this is important stuff. In fact, it’s downright amazing stuff. And it’s precisely the kind of stuff that the official news media in this City SHOULD be covering. And yet, they aren’t covering it. Why? Why didn’t the Seattle Times do this months ago? Why didn’t the Stranger do it? They’ve got dozens of paid staffers who could be working this story. Why was it left for some punk blogger out in West Highland Park (or South Delridge, if you prefer) to slog through?

Anyway, without further ado . . . here’s the original donor list, without . . . the contract/grant amounts filled in:

And here’s a document showing how much business some of these folks (or the companies they work for) do with the City.

This entry was posted in Essays, General. Bookmark the permalink.

5 Responses to The Friends of Mike McGinn