ppl is an ongoing series of posts about the post-Nickelsville clean-up. Nickelsville is an illegal squatters camp –now three separate camps – that was evicted from the Highland Park neighborhood of West Seattle in early September, 2013. See the previous entry in the series here.

This is a photo of a fence that the City of Seattle just finished erecting along several blocks of the roadway in the 9900 block of and Myers Way S in the Highland Park neighborhood. Looking north. 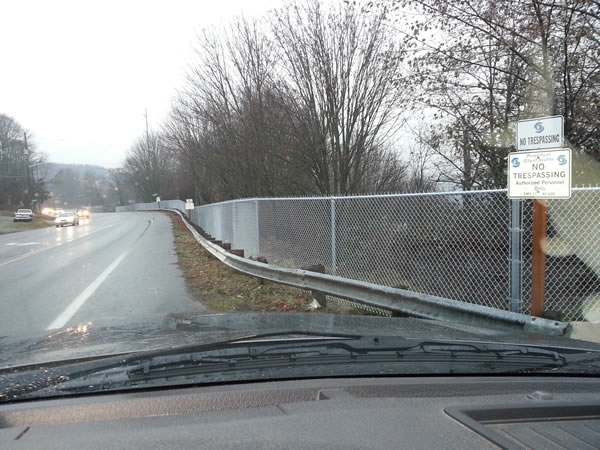 The sender described it like this: The finished product. Sad.

I have to say that this was not a great view even without the fence. But the fence draws attention to itself like a bad haircut on an nerdy kid. Once upon a time you could at least look out across this road and see a nice little forest, or at least see some green hills in the distance. What do you see now? An ugly, expensive fence.

So why was this fence put up? It was put up to keep out ex-Nickelodeons who were either kicked out of the camp for bad behavior prior to September, 2013 or who didn’t want to go somewhere else when the camp left. Many of these people (not all, of course) had drug addictions, mental illness, or other social problems that kept them out of the shelter system, to say nothing of polite society. Some of them were normal, healthy individuals who simply didn’t want to work at a regular job or deal with the rules (and expense) of regular housing. Or even free subsidized housing. So they holed up here. Mind you, this it not all Nickelsville’s doing, but Nickelsville certainly contributed to it, by supplying the area with a steady stream of social outcasts, all of them steeped in the Scott Morrow/Nickelsville philosophy that if you’re homeless, it’s not your fault, it’s society’s fault. Society has screwed you, so therefore you have the right to throw up a tent . . . wherever.

Gee, thanks Scott Morrow. Thanks, Nickelsville. So this is how you thank us for our hospitality, four months after your (long overdue) departure . . .

But wait! What’s this? 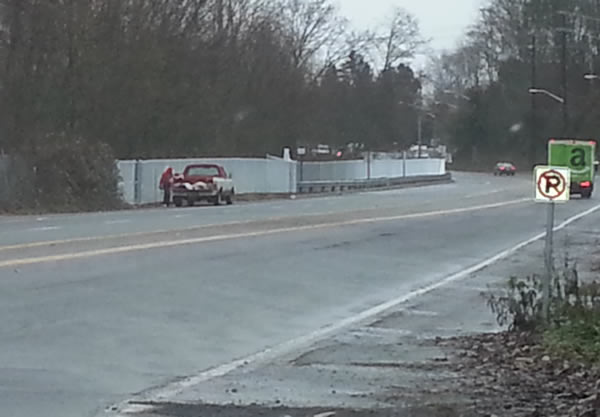 This photo came in to me with the caption: Moving more shit in behind fence that was just put up. I reported it, too. 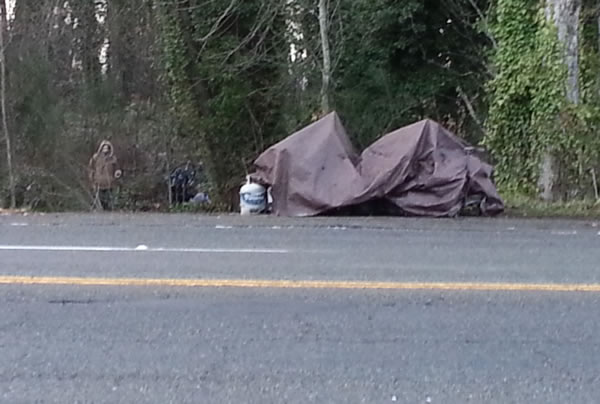 This caption read simply: White women. (Not that I had asked.)

I’ve asked the City of Seattle to give me a precise accounting of how much money we’ve spent on that. I’m getting all that info together to present to the City Council, under the heading: How Much Scott Morrow and Nickelsville Are Really Costing Us.

You can start with the view at Myers Way South . . .