Nickelsville ~ End of an Illusion

Yo!  This be the latest entry in an ongoing Web journal about a squatters camp in Seattle, Washington. For the complete journal, see the “Nickelsville” item in the menu above.

Previous Entry: October 30 ~ How I know there’s no investigation into SHARE 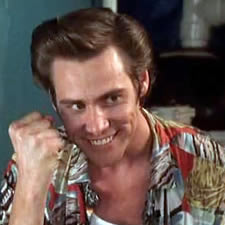 In my most recent series of front-page posts, I’ve been discussing the fact that there is no meaningful investigation into the Seattle non-profit shelter provider known as SHARE. SHARE is suspected of wrongdoing on several accounts, including: discrimination, embezzlement, and fraud.

Although various people in government and the media have been claiming there’s some kind of ongoing investigation into SHARE I’m skeptical, because I have yet to see any proof of that. When I’ve asked people directly to prove that there’s an investigation, they can’t do it. In fact, when I offered specific leads to the FBI agent who was supposed to be heading up the investigation (according to City Attorney Pet Holmes), said FBI agent ignored me. And when I pestered him about it, he told me to bug off.

Meanwhile, I’ve gathered considerable evidence against SHARE myself and I’ve presented much of that to you here, on these pages. The most damaging part of that evidence consists of SHARE’s own financial records, which are holier than the Pope in a Swiss cheese factory. SHARE essentially doesn’t keep any records on how many donations they get or how they spend the taxpayers’ money. And their subcontractors don’t either.

When I confronted people at Seattle’s Human Services Department (HSD) about SHARE, they have told me repeatedly, over the course of several months, that someone else is already doing an investigation, and since that’s the case, not only do they not have to do one on their own, they don’t have to answer questions from outsiders like me.

–Meanwhile, the City keeps doing business with SHARE, to the tune of hundreds of thousands of dollars a year, and with virtually no financial accountability.

–And meanwhile, other governmental agencies, both in Seattle AND King County, continue to give SHARE sweetheart deals of one kind or another, handing out millions of dollars in free bus tickets, letting SHARE illegally expand its Nickelsville homeless camp franchise, and cleaning up Nickelsville’s messes to the tune of tens of thousands of dollars . . .

Denmark has never been rottener. The question is: Why? Why are people in the government lying to the public, bending the law, and coddling SHARE?

Is it the money? Is someone getting paid?

Well . . . yes and no. Some people are probably getting paid. Scott Morrow and his lieutenants are probably taking a cut right off the top, for example. But that’s just a handful of people out of hundreds who keep SHARE in business.

What about the politicians who directly help SHARE? People like Mike McGinn, and Nick Licata? Or Frank Chopp? And what about the non-profit big wigs? Folks like Sharon Lee. Are they in on the skim, too? Frankly, I doubt it. These people all have salaries in the six figures, college educations, and respectable careers. It’s hard to imagine one of them taking a bag of back alley cash from the likes of Scott Morrow. In any case, between the government officials, the non-profit honchos, and the politicians, there are so many people in Scott’s camp, that if you tried to pay them all off, there’d hardly enough money left over (after Scott gets his cut) to give them more than a pittance.

No. These folks get enough off their day jobs; they don’t need to be licking crumbs off Scott’s table at night.

So that takes care of the big fish. What about the little fish? People like Jim Chan at King County’s Department of Permitting and Environmental Review (or DPER). This guy is a classic example of a SHARE enabler. He gave Scott everything he wanted on Nickelsville’s Skyway squat . . .

And this kind of stuff happens over and over in one jurisdiction after another. Government officials simply roll as SHARE and Nickelsville flout the law. I’ve got ’em on record saying, in effect: “We don’t enforce the law when it comes to SHARE.” And I’ve published lots of those documents, right here . . .

Even if you took the politicians and bigwigs off the potential payroll, there’d still be way too many left for Scott to cover. 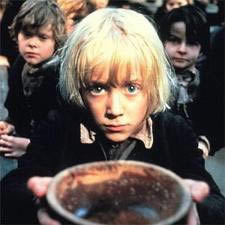 And yet, you have to wonder: If these folks aren’t getting paid . . .why do they do it?

Simple. They do it to feel good. They do it because they think they’re helping The Homeless. They do it for the same reasons that you or I might drop a buck into a panhandler’s paw. Yeah, we know that he might spend it on booze, or drugs, or whatever. But in that case – we tell ourselves – it was only a buck anyway, hardly enough to say we’re part of The Problem. On the other hand, he might just use that dollar to feed himself, or get clean and sober, or get bus fare back home. And in that case – we tell ourselves – we did a good deed, because our dollar was part of The Solution.

By giving taxpayer money
By bending the rules
By brushing off those pesky bloggers with all their annoying questions . . . .

There are powerful emotional forces at work here; forces that go way beyond zoning regulations and accounting standards. Next to those forces, my arguments about the rule of law and due process don’t stand a chance.

Sometimes, when I talk to public officials about SHARE, it feels just like I’m talking to a church lady, or one of the sob sisters over at The Blow Blog. “SHARE is bilking people,” I’ll say. “They need to be stopped.”

The sob sisters will say: “There may be problems with SHARE, but they’re helping The Homeless. They’re the only hope.” And from then on, I know I’ll get nowhere with them. I could say: “A kid got raped at Nickelsville. I have proof,” and the sob sisters will reply: “Nickelsville isn’t a great place for kids, but what are the options? Unless you can provide something better, you shouldn’t criticize.”

At a public meeting in Skyway, I told the neighborhood group: “Nickelsville left a huge mess in Highland Park when they skedaddled and I have pictures. It’s going to cost the City a fortune to clean up.”

Peggy Hotes (Scott Morrow’s partner in crime and the biggest sob sister of all) replied: “Well what do you expect? Homelessness is messy.” And nobody laughed.

I’ve heard some variation of this sob sister line coming from virtually everyone I’ve talked to in City government.

These responses are all variations on the same theme: SHARE & Nickelsville are helping people, so nothing else matters.

The naivete alone is bad enough, but there’s another, much darker side to this as well. Consider what my Nickelsville insider friend Domenic Feeney told me a couple of weeks ago [also reported here]:

Nixsville is the new dumping ground for all the social service agencies in towns and cities around King County. Anytime they have some long-term total fuck-ups with a family in their own catchment area, they are told when eviction time rolls around that it is the only place to  go and that Seattle Social Services will come to them and start taking care of them. And they do. One thing they will always do call at Nixsville is to call Social Services when a family turns up. More publicity, more pictures of innocent kids = more donations. [Meanwhile, it’s] one more troublesome group of people off the good god-fearing town’s budget. Sounds like win-win, unless you are a taxpayer in Seattle.

On another note, when they had the flood [at Nickelsville in Highland Park] a women called from the VA hospital ER asking to a release patient to there . . . after they just told her the place was under water. She responded: Well, can you take him?

So that’s the Eco Village of the future.

Thus we see that SHARE isn’t just helping The Homeless, they’re helping The Government. And they’re helping The Rest Of Us, too, by providing Homeless dumping grounds in forgotten, out-of-the-way places . . . Places like the Central District. Or Skyway. Or the industrial underbelly of South Seattle Places that the upper crust don’t really care about, or even know about.  Places where we can put up barrier fences and security shacks to keep the insiders in and the outsiders out.

But don’t you worry folks. Scott Morrow’s gonna take care of all the logistics for us, isn’t he? And at bargain prices, too!

Gee. Aren’t you glad we’ve got someone like Scott? 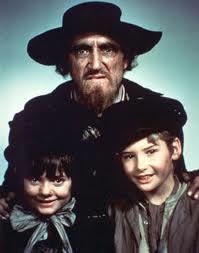 Next week: How we’re going to call the government’s bluff.

1 Response to Nickelsville ~ End of an Illusion