Below is a list of rules and expectations given to homeless people when they arrive at the Nickelsville homeless encampment in Seattle, Washington. Upon entering the camp for the first time, “Nickelodeons” are asked to read and sign this paper, which signifies that they agree to do certain things and to not do certain other things while they are at camp.

This document was current as of April 2011, when the camp moved to its location in the West Seattle neighborhood of Highland Park. It has almost certainly been updated since then. In spite of the prohibitions against drugs at camp, in late March of 2013, the camp authorities began having some serious problems with the police, neighborhood residents, and other camp residents over the issue of drug use in camp. As this blog post goes to press, the situation is still tense. (Click on the images below to enlarge.) 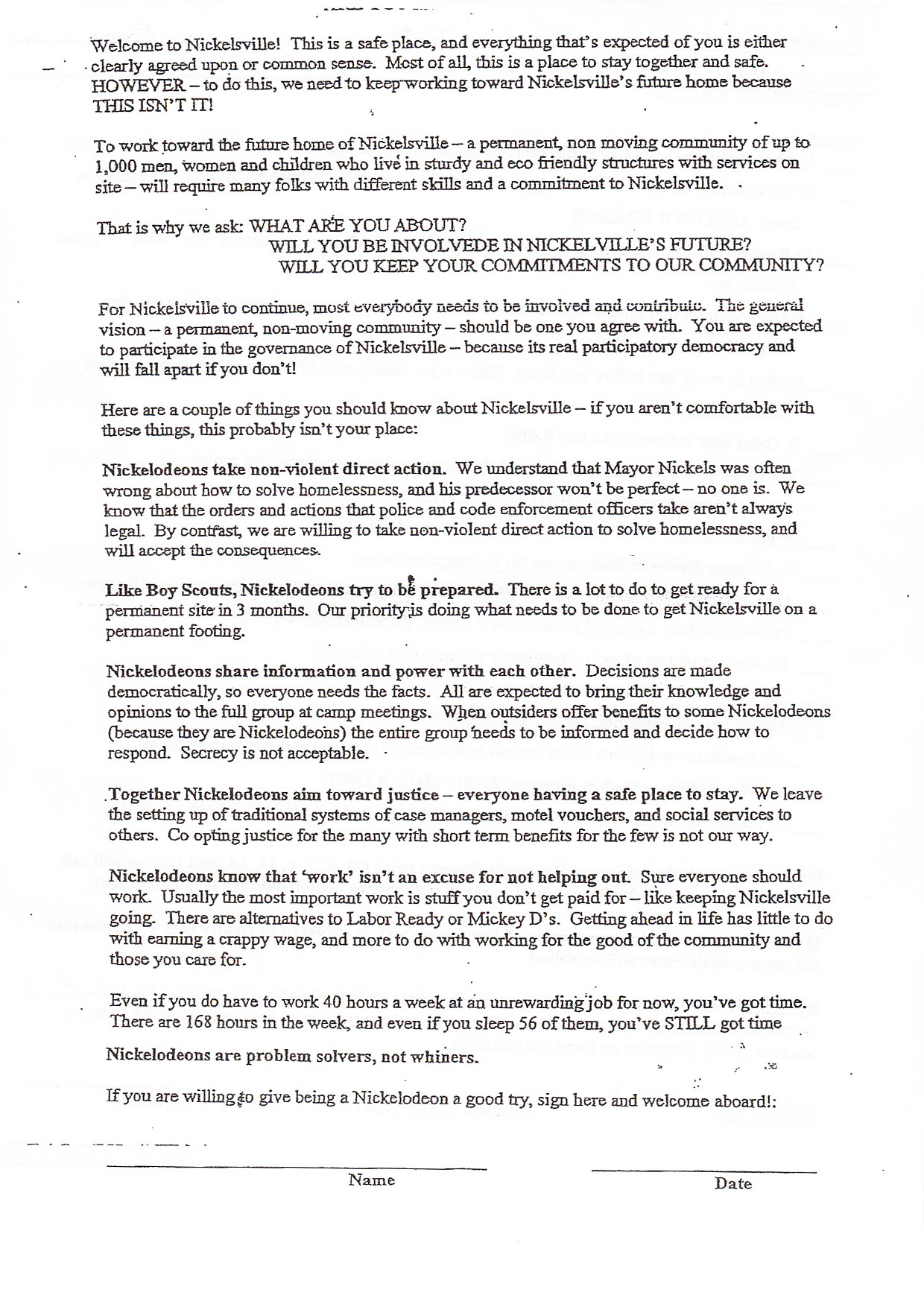 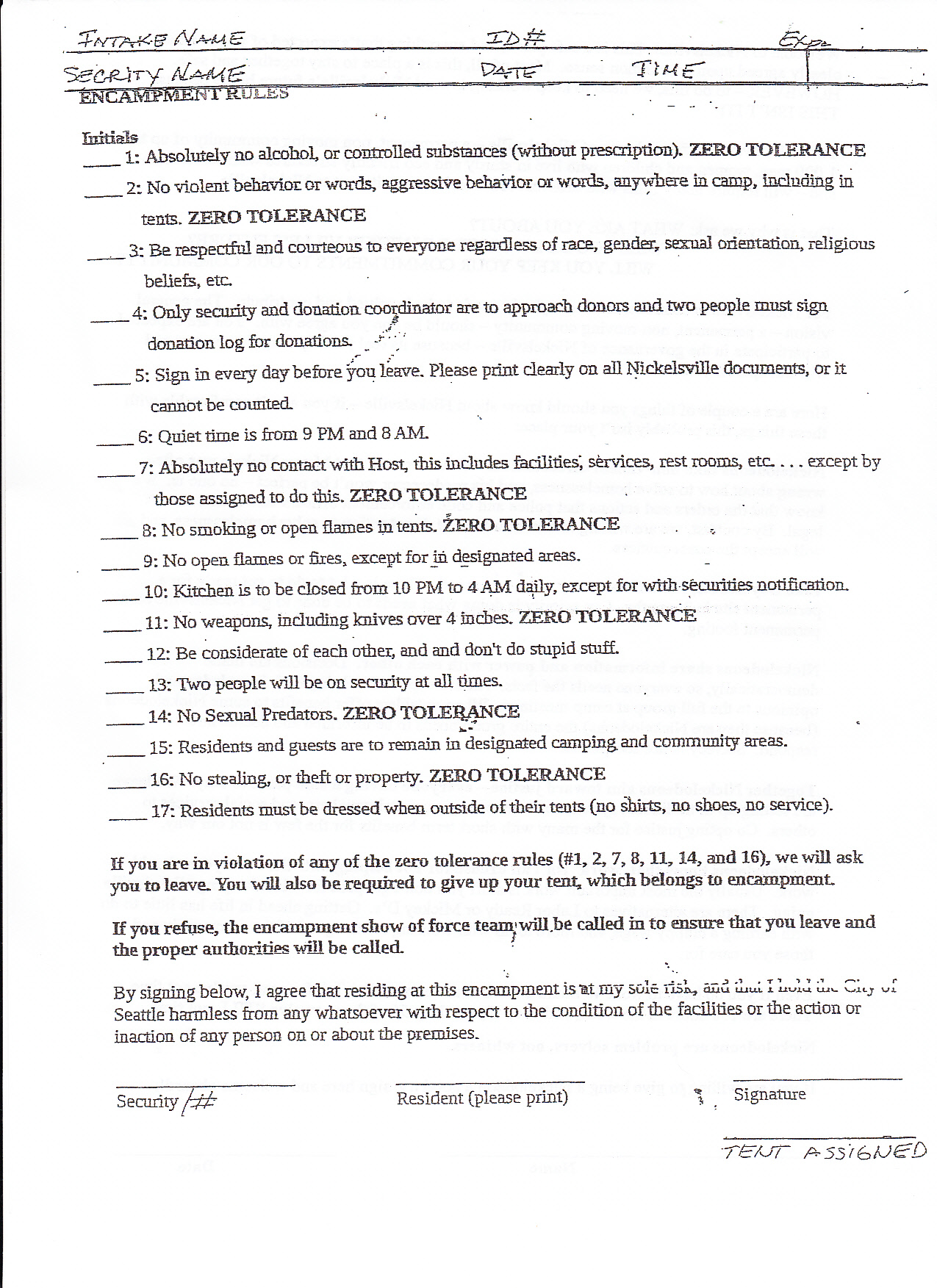 This entry was posted in Ephemera, General, Homelessness and tagged homelessness, Nickelsville. Bookmark the permalink.