End of the Line

An anonymous reader sent me some photos yesterday. They show that people are still camping out in the Hamm Creek Watershed greenbelt, despite the City’s swanky new “No Trespassing” signs, which I talked about in an earlier “Nickelsville” essay. 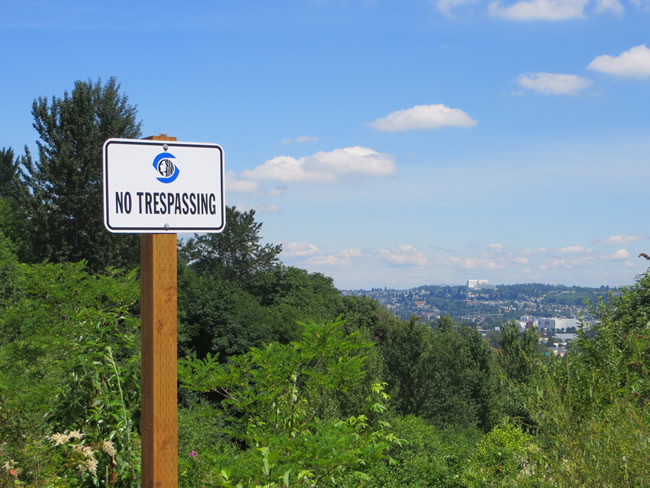 I don’t know whether the person (or people) living at the site is/are  part of an organized community—I doubt it—but this is in an area where there was once a semi-organized group of Nickelsville cast-offs who were for the most part much tidier than this.

As you can see, this squat is pretty effed up. 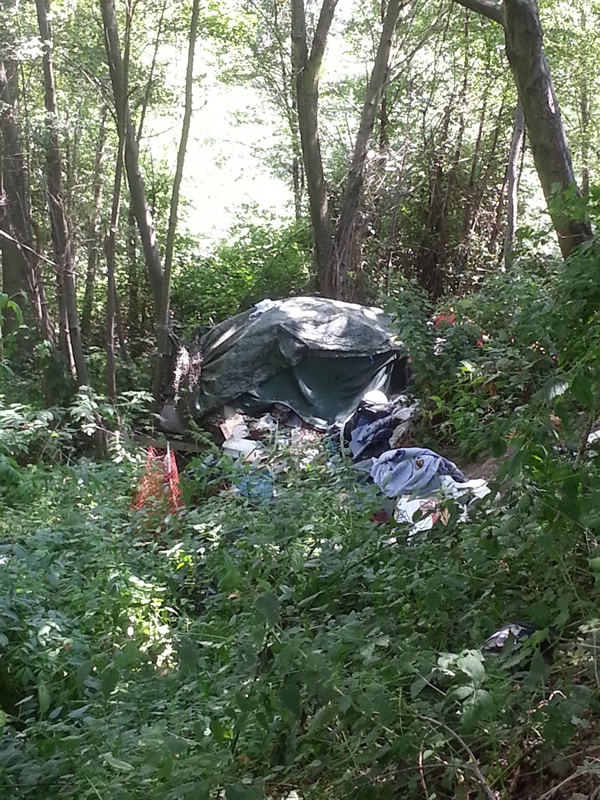 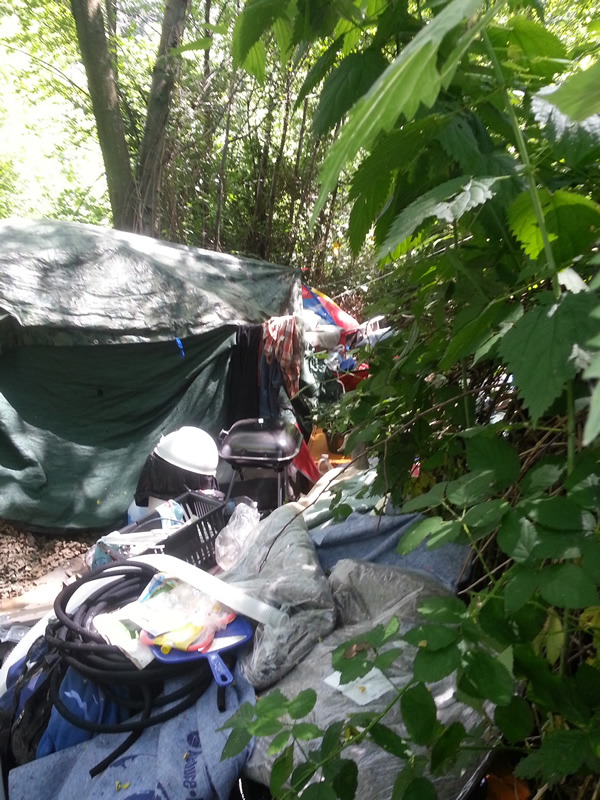 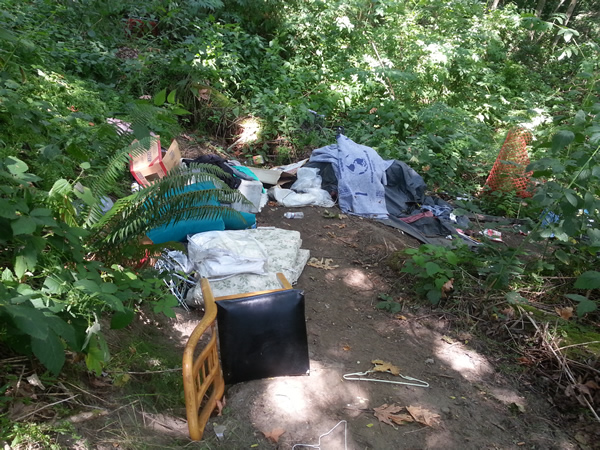 It’s likely that whoever is living now here has already been “trespassed” and removed from the area at least once, but has returned.

The anonymous photographer told me that he sees a mentally ill woman pushing a shopping cart around in the area and dodging around in traffic. This camp site is probably where she unloads all her acquisitions. 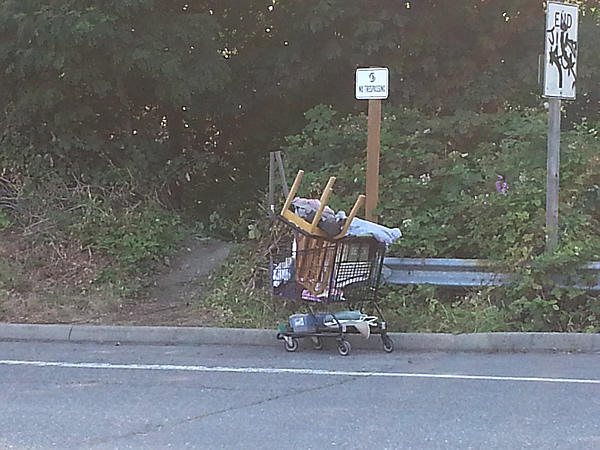 She seems to be building some kind of Empire of Shit. 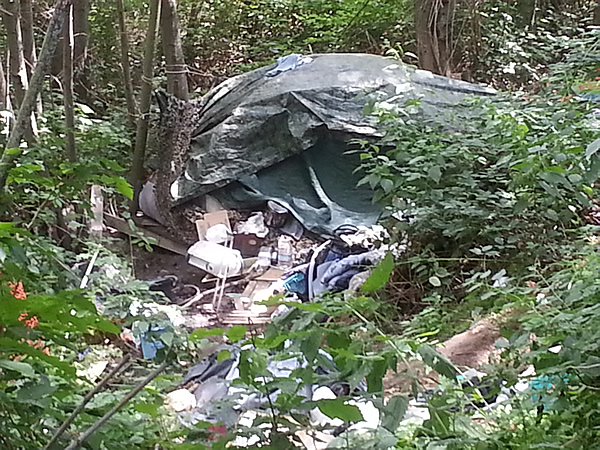 Clearly, this person is need of psychiatric care. However, it’s unlikely that she’s going to seek it out on her own, and our society has very strict rules when it comes to compelling people to get medical attention against their will. (And it’s true that forced psych treatment was much abused in the past.)

If the woman had friends and family members who really cared for her and knew where she was, they might be able to either cajoling or compel her to get help.

Maybe she does have friends and family but has cut herself off from them on purpose. It’s not that hard to do, really. Even here in identity-obsessed America. Just leave your place and move out of state somewhere, and don’t tell anyone where you’re going. Then change your name, toss your meds and ID in the trash, swipe yourself a shopping cart, and you’re good to go.

But how far will a shopping cart get ya?

This entry was posted in General, Photos (Stuff). Bookmark the permalink.