Castle-Mari: A word about the new marquee . . .

I live in a place called Blight Center, Washington.

Check it out, man: Even our Welcome sign is blighted. And this picture was taken right after The Mayor dedicated it.

As you can see from the sign, the official name of this town is White Center, but I live here, so I can call it whatever I want, just like Black people can call themselves niggaz, while everyone has to refer to them as Africa-merians, or whatever the latest fashion is.

When I’m feeling snooty, I tell people I live in Highland Park, and when they go: Where’s your kilt, haw! I go: It’s dead. Just like you’re about to be.

When I’m feeling delusional, I pretend I live in West Seattle. But whenever I say that out loud, you can depend on some jackass who was raised in a cabin on Admiral to pipe up and go: Aarrrrrr! But ya don’t live in the REAL West Seattle, do ya ma-tey?

And I guess they’re right, but WTF anyway. They can keep their million-dollar view shacks that are two feet from sliding into the ocean. That is, if the ocean don’t slide up to them first.

Ahem! So what were we talking about? Oh yeah. The new marquee. Whatever else you say about Blight Center, they got some cool street art, and that includes some stuff that blows the hell out of any cheezeball Chamber of Commerce mural  in the RWS.

The new marquee art comes from the side of a building on 17th Ave SW, right after it cuts across Deathridge Way SW going south. [Here.] I guess some local school kids must have done this art project and put it on the side of this old building to gussy it up for a while. The artwork is starting to fall apart, what with the rain and everything, so I thought I’d capture it on film before it was gone. 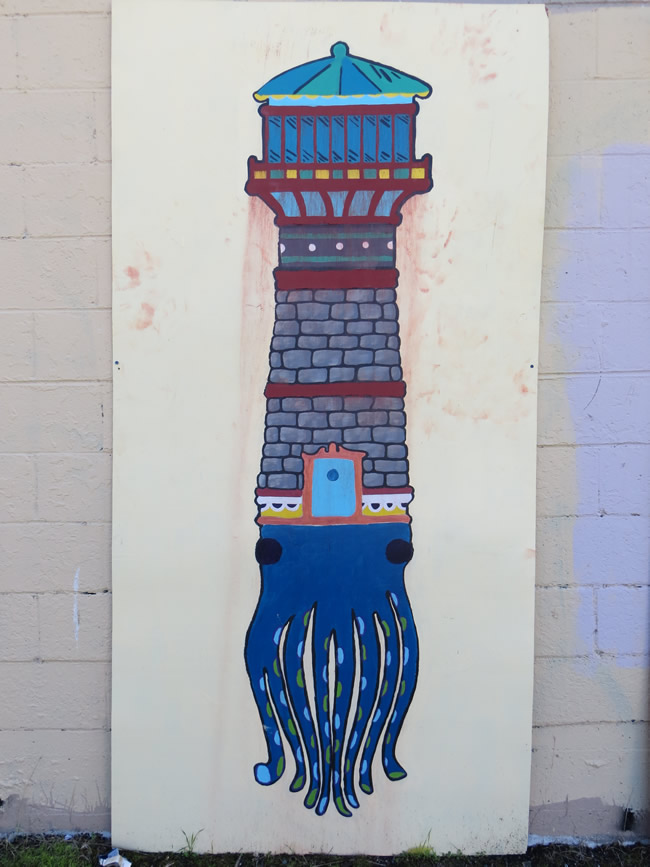 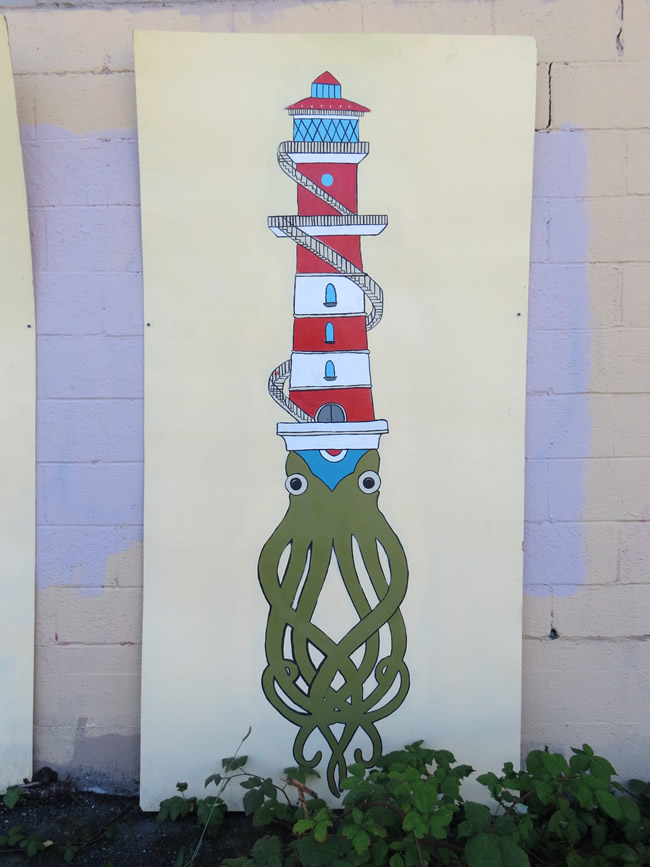 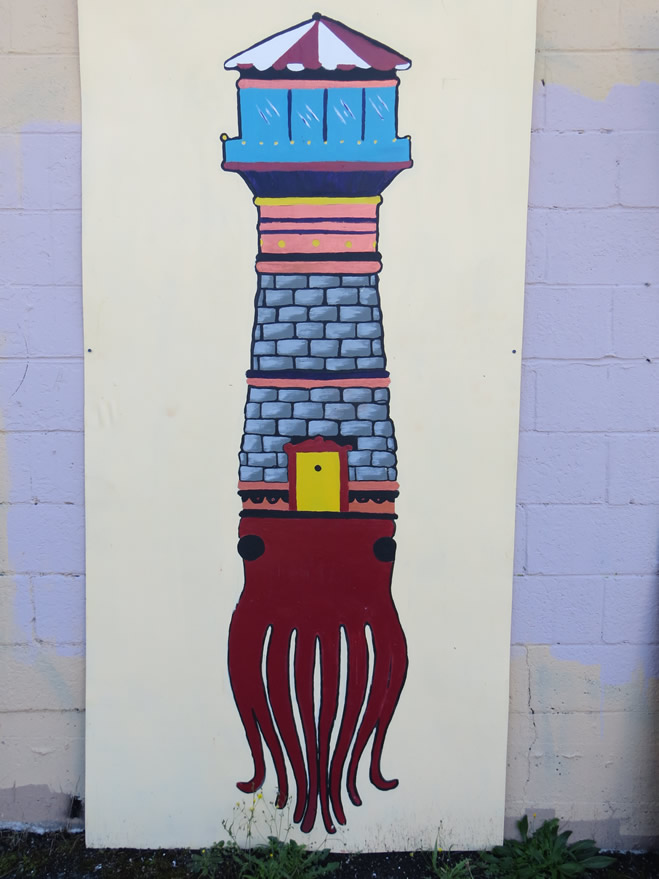 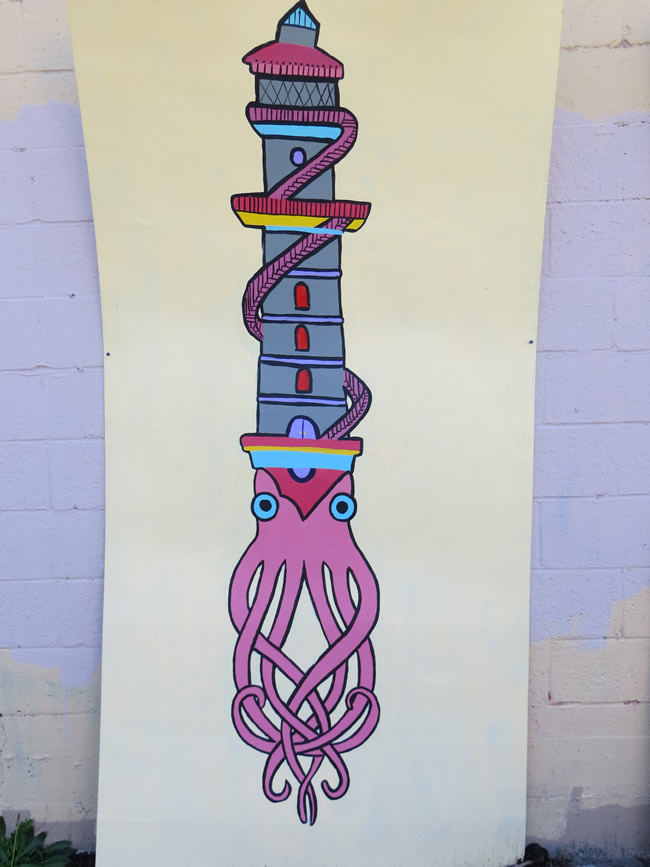